The Senate is set move ahead on Democrats’ social spending and taxation bill, with a vote to start debate expected Saturday afternoon followed by a marathon “vote-a-rama” that could begin Saturday evening or early Sunday morning.

Timing on the bill, which Democrats are passing through the budget reconciliation process, which allows them to get around the 60-vote filibuster and win with 50 senators, is fluid.

The final text of the bill wasn’t released as of Friday night, and lawmakers are waiting on the Senate parliamentarian to finish checking to ensure its provisions comply with reconciliation rules.

But after Sen. Kyrsten Sinema, D-Ariz., announced Thursday she supports the legislation, Senate Democrats are optimistic they can pass it.

Senate Majority Leader Chuck Schumer, D-N.Y., has worked for more than a year to get 50 Democrats on board with a reconciliation bill.
(AP Photo/J. Scott Applewhite)

“This is a very, very, very big deal. I’m pleased we’ve reached an agreement on the Inflation Reduction Act that I believe will receive the support of the entire Senate Democratic Caucus.”

Looming, however, is the vote-a-rama. Under reconciliation rules, after time for debate is expired, senators may offer unlimited amendments to the bill. Usually dozens are voted on in rapid-fire succession in a process that can take the better part of a full 24 hours.

For Republicans, who say Democrats’ bill to spend $433 billion and raise $739 in tax revenues is reckless at the onset of a recession, the process is a chance to try to kill the bill, or at least extract their pound of flesh.

“What will vote-a-rama be like? It will be like hell,” Sen. Lindsey Graham, R-S.C., said in a press conference Thursday. “They deserve this. As much as I admire Joe Manchin and Sinema for standing up to the radical left at times, they’re empowering legislation that will make the average person’s life more difficult.”

“I think that these votes are going to be hard votes for Democrats,” Senate Minority Whip John Thune, R-S.D., said. “And I think the question for both Joe Manchin and Kyrsten Sinema is if any of these amendments succeed at the end, will you or will you not vote for the wrap-around amendment?”

A wrap-around amendment is an amendment party leadership often offers at the end of a vote-a-rama, which effectively negates any amendments that passed. It is seen as a way to allow vulnerable members to vote the way they need to on any tough issues brought up by the minority but prevent any changes from actually making it into the bill.

“They both said that they won’t vote — after they felt like in the American Rescue Plan they voted for a wrap-around amendment and felt like they were misled by their leadership at the time — that they would never vote for one of those again,” Thune added. “Are those amendments going to be amendments that actually might change the bill, could make it better, might make it harder to pass in the House. Who knows?”

Once the vote-a-rama is over, the Senate will vote on final passage of the legislation. Democrats will need all 50 members healthy and present in order to overcome united GOP opposition. Vice President Harris will be able to break a tie in the evenly divided chamber.

If the bill passes the Senate, as it is expected to barring an unforeseen complication, the House of Representatives plans to vote to send it to President Biden’s desk next Friday. 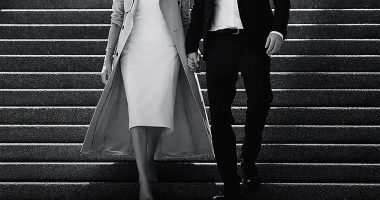 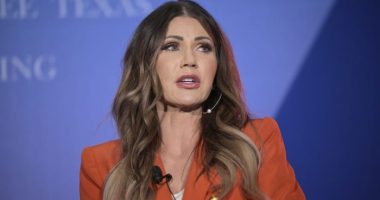 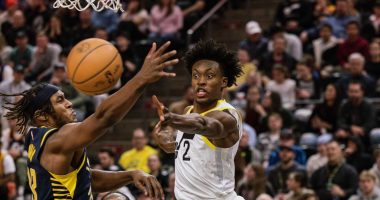 The Utah Jazz will welcome the Portland Trail Blazers to the Vivint…
Iconic comedienne, Joy Behar, has revealed that she was once axed from…

FORT COLLINS, Colo. — In a year when many Ukrainians will spend…

In the face of this situation, human rights groups and scientists stepped…

Though multiple outlets reference Shawn Grate’s first child, not much is publicly…