Shakira is taking Beyonce’s advice: “the best revenge is your paper.”

Her ex-partner on the other hand… not so much.

While Shakira has been putting in the hours in the studio, on set and social media, her FC Barcelona ex is living it up with mystery women.

According to the El Periodico, “The singer has caught him with another and they are going to separate.”

It’s been reported that the two are not living under the same roof. Piqué has been staying in his bachelor pad in Calle Muntaner, Barcelona.

The fútbol player is definitely living up to the title of “bachelor.”

In a new report from Daily Mail, the defender was photographed at a party in Stockholm, Sweden on Friday, June 17.

Piqué Parties It Up With Blonde Woman In Sweden

Piqué was seen wearing a black hoodie and standing beside a blonde female with a white beanie. She was drinking what appeared to be rosé or some kind of pink wine.

A Swedish restaurant owner, blogger and TV Host, was at the same party and reportedly asked the soccer star to pose for a picture for her son.

Katrin Zytomierska’s son is a big fan of Piqué, but according to her, the soccer star allowed fame to go to his head and he refused to take a photo.

Katrin retaliated by posting a photo of him with the mystery woman to social media. She wrote a very heated and aggressive message along with the photo.

“Listen to me your looser @3gerardpique,” she stared off strong. “Probably most girls at this party want to xxxx you. I see you and immediately think of my son. I was clear with you. I asked you to say hello to my son. You said ‘no.’ Because you’re what? A guy that can dribble a ball? That does not impress me much.”

Her tirade didn’t end there.

The Soccer Star Refuses To Pose For A Photo

“What makes me sad is that fame has got into your head and that is pathetic. You are not all that, you are just a guy with a ball. I have got that myself, a boy with a ball. But you know what karma is a b***h and it will bite you in your xxxxxxx a**,” she concluded.

Katrin made her social media account private following her post, but she did give a statement to Catalan-based journalists Lorena Vasquez and Laura Fa.

“I suppose that because he’s such a well-known footballer…but I hadn’t met him until then. Afterwards I took the photo to post it on my Instagram,” she told the journalists.

Shakira confirmed the breakup reports in a statement.

“We regret to confirm that we are parting ways. For the well-being of our children, who are our highest priority, we ask that you respect their privacy. Thank you for your understanding,” Shakira wrote.

Given the former couple have two children together, they will ultimately be tied to one another for the rest of their lives. 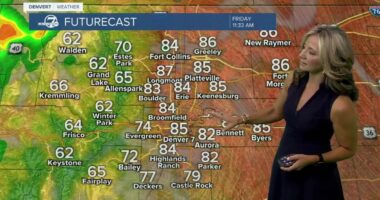 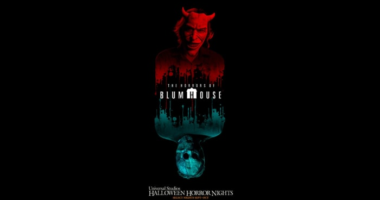 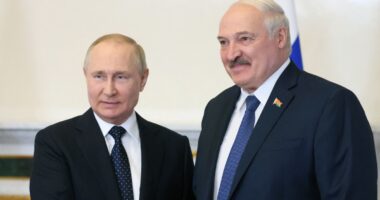 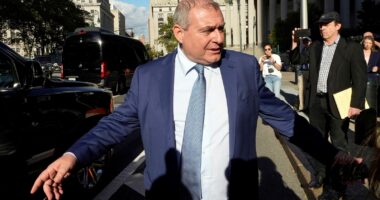 NEW YORK — Lev Parnas, an associate of Rudy Giuliani who was…