State pays Jogan Health millions then halts work from them

DENVER — It was one of the most taxing projects ever assigned to the Colorado Department of Public Health and Environment. The federal government, desperate to vaccinate as many Americans against COVID-19 as possible, gave Colorado nearly $1.5 billion.

“We received more than 30 responses to our solicitation for proposals as we really built up our capacity to do mass vaccine administration,” CDPHE’s Division of Disease Control Director Scott Bookman told Denver7 in an exclusive interview.

In March 2021, a health care staffing company called Jogan Health, LLC was one of the winning bidders. The company, which had only been in business for a couple of months before submitting an application to the state, received $72 million.

“We were conducting reference checks around, you know, Jogan Health and the firm’s ability to do the work for us, and, as I said, our panel investigated and looked into their capacity to get up and running,” Bookman said.

But within a few months of getting those needles into Coloradans’ arms, Denver7 started receiving complaints about Jogan Health.

“They owe me approximately $4,000,” a former traveling nurse who worked for Jogan Health, Jackie Mayfield, said in December.

Many former employees shared their complaints about their struggles to collect a paycheck for their work at Jogan Health.

“I was borrowing from friends and relatives just to survive and get by,” a former Jogan Health employee, Chelsey Massey, said in February.

Denver7 Investigates spent the past several months digging deeper into Jogan Health, LLC and its, founder Daniel Dietrich. In the company’s CDPHE application, the experience laid out in the bid is impressive, at least on the surface. A deeper look, however, raises some alarming questions.

In their bid for the state contract, Jogan Health and Dietrich listed three projects they were involved in worth a total of $187 million. They included emergency medical staffing, COVID-19 testing and vaccine distribution for clients like Garner Environmental in Florida, the Louisiana Department of Health and the Houston Health Department.

“Houston and the state of Louisiana both provided positive references for the work that Jogan had done in their states,” Bookman said.

In reality, each of those organizations, including Garner Environmental, confirmed they’ve never contracted with Jogan Health, LLC.

Jogan Health listed Safety Management Systems, LLC as the project manager for all three jobs, who also confirmed Jogan Health did not assist in any way with the work listed in its application.

When asked about the references, Bookman admitted he was not aware of the discrepancies.

Shortly after the interview with Bookman, CDPHE sent Denver7 Investigates an email admitting that Bookman misspoke and that no reference checks occurred on Jogan Health’s claims of past experience — not in Florida, Louisiana or Houston.

It took Denver7 Investigates just three emails to the entities Jogan Health claimed to have done work for to figure out Dan Dietrich and his Jogan Health, LLC did not have the experience it claimed in its application. CDPHE still insists it did extensive vetting of Jogan Health before handing over $72 million of Coloradans’ tax dollars.

Denver contract attorney Igor Raykin said the lack of due diligence is inexcusable.

This has got to involve a lot more vetting,” Raykin said. “If this is the way that CDPHE and the state of Colorado do business, this is really concerning because I’m wondering how many other bombs are getting ready to go off. There is no way that this is the only problem that CDPHE is having.”

Earlier this year, former employees like Heidi Al-sahsah said the system was an absolute mess.

“We had over 100 emails of people who didn’t get paid appropriately,” Al-sahsah said in February.

Lyndi Lindsey, a former Jogan Health employee who had payroll duties, said “I couldn’t face the nurses with a good heart knowing everything that I knew.”

Denver7 reached out to Dietrich and his team for an interview several times with no luck. In January, Dietrich confirmed the company was “aware that there have been some recent payroll challenges for employees at his vaccination sites.” CDPHE also confirmed payroll was a concern and referred the matter to the Colorado Department of Labor and Employment. It launched two separate investigations.

In the meantime, Denver7 Investigates dug deeper into Jogan Health’s Dietrich and his other companies. Denver7 discovered that millions of dollars were being spent on luxury homes. In September, a 22,000-square-foot home in Parker was purchased for $3 million by Jogan Properties, LLC, which Dietrich formed just one day before the purchase.

“It’s offensive. It’s a slap in the face… while the rest of us are struggling to survive middle low class” Lindsey said in May.

Just 9 months after Jogan Health was contracted by CDPHE, the agency cut off the company from all new work as complaints flooded their offices.

In April, CDPHE sent another email to Dietrich stating, in part, “over the past four months, we have contacted you by phone or email numerous times to discuss concerns, which include canceling appointments without warning, failing to educate staff about proper vaccination documentation procedures, and not adequately managing staff.”

Records show at least 14 other companies, some with years of experience, were passed up for the $72 million contract with the state.

“The CDPHE should have been a lot more responsible in monitoring who it was giving its money to and it failed in that regard,” Raykin said.

However, CDPHE said they were just following state procurement rules. When asked if the state regrets hiring Jogan Health for the work, Bookman said, “I do not regret hiring Jogan for this work… We expect all of our vendors to act ethically.”

When Denver7 asked Bookman if he felt Jogan Health had acted ethically, he responded, “We are no longer pursuing our relationship with Jogan based on a series of complaints, and I do need to go now.” When pressed on the question again, a CDPHE employee interjected and said “Scott needs to leave for another meeting.” In a third attempt during the interview to get Bookman to answer the question, he finally answered “yes.”

Jogan Health’s contract with Colorado was supposed to end this month, but CDPHE cut off the company from all new work several months before.

In Colorado, Dietrich and Jogan Health, LLC just settled a lawsuit with SMS, one of the companies listed in its application, which accused Jogan Health of civil theft, fraud and breach of contract.

What Jogan Health agreed to pay in that lawsuit is sealed. 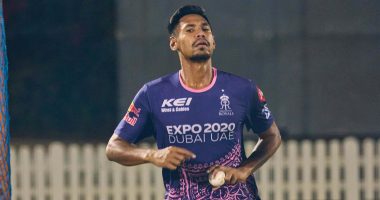 India is prepared to compete against Bangladesh in a multi-format tour there.… 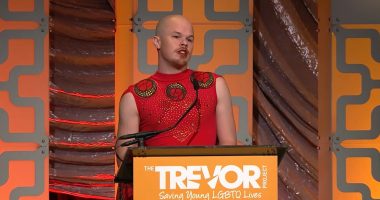 FIRST ON FOX: Rep. Jim Banks, R-Ind., the chairman of the Republican…
Cristiano Ronaldo’s longtime partner has been in full soccer mom mode since… 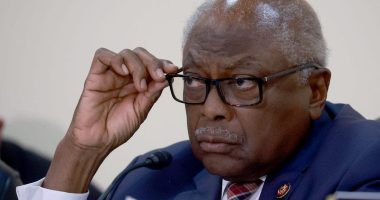 Find out “Liza Koshy Boyfriend: Who Is She Dating Now?” Liza Koshy…

Safaree is enjoying church and bananas with his and Erica Mena’s kids.…