Tana Mongeau Worried Knife-Wielding Stalker Will ‘Chop Me Up’

Tana Mongeau is fearing for her life.

She opened up about her OnlyFans stalker and the insane lengths he’s going to get to her.

Tana’s Got A Crazy OnlyFans Stalker

Tana joined OnlyFans in May 2020 and has found a ton of success much like Bella Thorne, Bhad Bhabie, Tyga and more.

She’s earned $10 million since joining the platform two years ago.

Despite the massive paycheck, following and fanfare from her OnlyFans subscribers, the 24-year-old is being faced with a stalker who has figured out where she lives.

Tana’s Stalker Takes Videos Outside Of Her Home

“Right now, I have a full-blown stalker from OnlyFans,” she told Martyn. “Like, a guy who found our house, started sending videos of him with knives outside of our house.”

Not only that, Tana said she’s getting the “scariest” d**k pics sent to her from him.

“He was sending me videos of his d**k, scariest d**k I’ve ever seen in my life. I shouldn’t say that because he’s going to chop me up,” she said. “Anything I can say is just really mean … I feel like I’m borderline body-shaming.”

Tana went on to explain that she’s hired a full-time security team for protection.

The YouTube episode appears to have been made private, possibly out of protection for Tana?

Ariana Grande recently had her stalker break into her Montecito, CA. home on her 29th birthday.

The Blast reported the “Dangerous Woman” was caught up in a very dangerous situation.

Ariana Grande’s Stalker Broke Into Her Home On Her Birthday

The man, who was identified as Aharon Brown, has repeatedly violated restraining orders from Grande and threatened her several times.

Brown was arrested after his forced entry into Grande’s home triggered security alarms. Thankfully, the 29-year-old singer was not home during his break-in, and he didn’t do much damage before security arrested him. Cops soon showed off and put Brown behind bars.

Her Stalker’s Been Arrested Multiple Times

In September 2021, her stalker was arrested after he showed up at the “Thank you, Next” singer’s home in Los Angeles.

He went there with a large hunting knife and allegedly kept screaming at Grande and her security, saying, “I’ll f**king kill you and her.” He had already begun harassing her at this stage.

According to official court documents obtained by Page Six, Grande immediately filed for a restraining order against Brown and pleaded with the LA Superior Court to grant her request, saying how afraid she was of him and his consistent threats.

She said, “Based on his threats, I am fearful for my safety and for the safety of my family. I fear that absent a restraining order, Mr. Brown will continue to come to my home and attempt to physically harm or murder me or members of my family.”

The court then granted the singer a five-year restraining order against Brown.

Sadly, this has not stopped Brown from continuing to stalk the singer.

Now that he has been arrested, police have arraigned him on charges of burglary, damaging power lines, stalking, violating a court order, and obstruction. Brown pled not guilty to all the charges. Amit Shah was speaking at the ‘Sankalp Se Siddhi’ event in Bengaluru.… 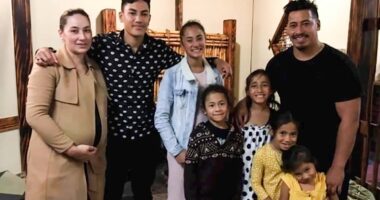 Pala’amo Kalati (right) with wife Dro and six of their seven children:… 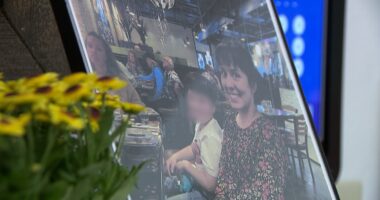 LOVELAND, Colo. — Friends and family are mourning the loss of a…