The Supreme Court’s term is drawing to a close in the coming weeks, and the most anticipated rulings will be handed down during this time.

About 18 decisions are still pending before the Supreme Court, covering some of the most divisive and impactful issues facing the country. Here are the ones that are arguably the most significant.

High school football coach Joseph Kennedy lost his job after he insisted on reciting post-game prayers on the 50-year-line, despite his employer, the Bremerton School District, instructing him to stop. Kennedy is claiming this violated his First Amendment rights to free speech and free exercise of religion, while the school district claims that a prayer from a public school employee ran afoul of the First Amendment’s Establishment Clause.

The school district told Kennedy to stop reciting prayers on the field after an opposing coach brought it to the principal’s attention. He did, temporarily, then notified the school that he would resume the practice. The situation garnered media attention, and when Kennedy announced that he would go back to praying on the field, it raised security concerns. When he did pray after the game, a number of people stormed the field in support.

The school district then offered to let Kennedy pray in other locations before and after games, or for him to pray on the 50-yard line after everyone else had left the premises, but he refused, insisting that he would continue his regular practice. This eventually led to the school district taking action against him.

At issue is whether Kennedy’s prayer constituted government speech because he was a government employee, in which case it would not be protected. The court is also looking at whether, if the prayer is protected private speech, the school could still tell him to stop so that they would not be viewed as endorsing religion.

During oral arguments, a number of justices appeared to lean toward Kennedy’s side. Justice Clarence Thomas questioned whether Kennedy’s prayer could be viewed as government speech if the school district strongly and publicly opposed it.

Justice Elena Kagan raised the issue of possible coercion, as students had been joining Kennedy for the prayer. A lower court opinion noted that the principal had been contacted by a parent who said his son “felt compelled to participate” in the prayer despite being an atheist, “he felt he wouldn’t get to play as much if he didn’t participate.”

Kennedy’s attorney countered that by arguing that the school district never mentioned that when they fired him, and that their only reason at the time was concern for endorsing religion.

This case centers on the Trump administration’s Migrant Protection Protocols, commonly known as the “Remain in Mexico” policy under which migrants seeking asylum in the U.S. had to stay in Mexico as they awaited hearings. The Biden administration tried to repeal the policy but was blocked by a lower court.

The crux of the case is whether the federal government can use discretion in carrying out the program or if, as Texas and Missouri are arguing in their lawsuit, the policy is needed to comply with federal law that says migrants cannot be released into the U.S. because the country lacks resources to detain everyone.

Solicitor General Elizabeth Prelogar claimed during oral arguments that if the policy was needed to comply with the law, then “every presidential administration in an unbroken line for the past quarter century has been in open violation[.]”

Much of the argument was over statutory language. Prelogar pointed to a statute that said the attorney general “may return” aliens from contiguous territory back to that territory while they await a hearing. Justice Clarence Thomas pointed out that the same statute says that if an immigration officer determines that a migrant “is not clearly and beyond a doubt entitled to be admitted” to the U.S., the migrant “shall be detained,” which the other side was interpreting as a requirement.

In possible the biggest Second Amendment case before the Supreme Court in more than a decade, the justices are poised to decide whether New York’s process for obtaining a license to carry a concealed handgun is overly restrictive. The current rules require applicants to show “proper cause” for why they need to carry a firearm, and the government can exercise discretion in determining whether someone has satisfied that requirement. The result is that it is extremely difficult to obtain a license.

SENATE GUN NEGOTIATORS COULD HAVE BILL TEXT MONDAY, AS TALKS PICK UP STEAM IN WAKE OF MASS SHOOTINGS

“Why isn’t it good enough to say I live in a violent area and I want to defend myself?” Justice Brett Kavanaugh asked.

In an exchange with Justice Samuel Alito, New York Solicitor General Barbara Underwood recognized that if an applicant stated that the leave work late at night and have to walk from a subway station through a high-crime neighborhood to get home, that person would be denied because they did not cite a specific threat.

“How is that consistent with the core right to self-defense?” Alito asked, stating that this is at the core of the Second Amendment.

While this case – which is actually four cases consolidated to be decided together – is not centered on hot-button political issues but on the much dryer world of agency action, its outcome can perhaps have the greatest impact of all of these cases.

At issue is whether the Environmental Protection Agency has the power to issue sweeping rules that could overhaul industry practices and the country’s electricity grids to address climate change.

The U.S. Environmental Protection Agency’s (EPA) logo is displayed on a door at its headquarters on March 16, 2017 in Washington, DC. U.S. President Donald Trump’s proposed budget for 2018 seeks to cut the EPA’s budget by 31 percent from $8.1 billion to $5.7 billion.
(Justin Sullivan/Getty Images)

In 2015, the Obama administration’s Clean Power Plan aimed to reduce carbon emissions at power plants. The plan was blocked by the Supreme Court in 2016, and then repealed by the Trump administration and replaced by the less extreme Affordable Clean Energy (ACE) Rule. After President Biden took office, however, the ACE Rule became the subject of litigation that led to the D.C. Circuit Court of Appeals vacating that rule as well as the repeal of the Clean Power Plan.

The Supreme Court is now reviewing that decision.

The Biden administration argues that the EPA has the authority to unilaterally enact broad requirements to improve the environment. West Virginia and other states argue that this runs afoul of the “major questions doctrine.” This doctrine says that even though federal agencies generally have broad rule-making power as delegated by Congress through the statutes that create them, when it comes to issues of major economic and political significance to the country those statutes need to have clear language to support the agency’s action.

The Biden administration is also claiming that the case does not even belong before the Supreme Court because the EPA has said that it will not reinstate the Clean Power Plan, opting instead to develop and implement its own rules. The government argued that without any EPA rule currently in place, the other side is merely litigating over a potential future rule, not any actual current harm.

The case could determine the fate of President Biden’s climate agenda, as well as set significant precedent for how other federal agencies can act.

The anticipation for a ruling in this case has already led to protests outside the Supreme Court and the homes of several justices, as well as an attempted murder charge against a man who allegedly plotted to kill Justice Kavanaugh. This was all sparked by the publication of a draft opinion by Justice Samuel Alito that, if published as the court’s opinion, will overturn Roe v. Wade and eliminate the recognition of a constitutional right to abortion.

The case came about after Mississippi passed a law banning abortion after 15 weeks of pregnancy, blatantly going against the standard set by Roe that prohibited bans prior to fetal viability – understood to be at about 23 weeks. The ensuing litigation now puts the Supreme Court in a position to review whether a pre-viability ban should be allowed.

During oral arguments, some justices appeared interested in finding a way to uphold the 15-week ban without completely doing away with Roe. Chief Justice John Roberts spoke of possibly eliminating the viability standard while still ensuring that women have an opportunity to get an abortion. Both sides of the case expressed skepticism that this was a workable option.

Alito, in his draft opinion, not only said Mississippi’s law should stand, but eviscerated Roe and the case that upheld it, Planned Parenthood v. Casey. He bluntly said the cases should be overruled, which would put abortion rights in the hands of individual states where elected officials can set their own standards.

After Politico published Alito’s draft, the Supreme Court issued a statement noting that it is normal practice for draft opinions to be circulated among the justices as part of the decision-making process, and that the draft does not indicate what the Court’s final ruling will be.

The country will now wait and see if Alito’s draft, or something similar to it, will do away with Roe v. Wade after nearly 50 years, or if the Supreme Court ultimately decides to go in a different direction.

Last week alone the court released opinions in 11 cases, so if they continue at that pace these cases will all be decided by the end of next week. The court’s current term will end once all cases are decided, at which point Justice Stephen Breyer will retire. His replacement, Judge Ketanji Brown Jackson, will then be sworn in. 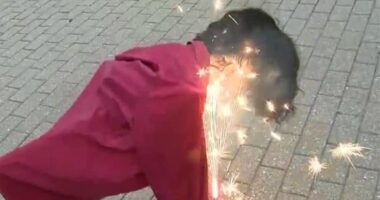 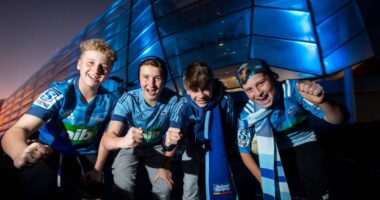 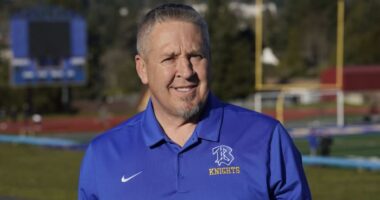 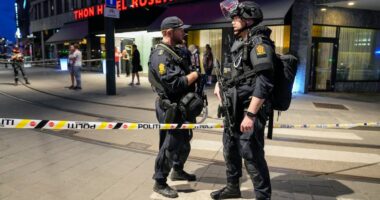