The Biggest Revelations From ‘Who Is Ghislaine Maxwell?’

For all the articles, court hearings, and, yes, documentaries, there’s still a lot to be gleaned about Ghislaine Maxwell.

The revolting recruitment plan that she used to satisfy Jeffrey Epstein’s perversities is the stuff of modern criminal lore, yet not much is known about her early life. The new documentary Who is Ghislaine Maxwell?, premiering Friday on Starz, tries to fill in some of those gaps. Family friends, acquaintances and her father’s ex-employees attempt to suss out what drove the effervescent heiress to a life of crime that would upend her life and that of her dozens of victims. There’s plenty of armchair psychology from not-so-close friends, but the most riveting stuff comes in the first episode of the three-part series, which follows Ghislaine from childhood to college to New York City, where she is alleged to have jumped out of a limo to give her number to young girls walking down the street.

The nitty-gritty of the pyramid scheme, the private island, and the horrifying network of abuse is covered in much greater detail in Netflix’s Jeffrey Epstein: Filthy Rich. Who is Ghislaine Maxwell? works better as an exploration of the setbacks that, taken together, led an otherwise charismatic young woman toward one of the darkest paths imaginable.

Ghislaine is currently awaiting sentencing in a Brooklyn jail. She was convicted in December on five of the six counts she faced, including one for sex trafficking of a minor, which carries a maximum of 40 years in prison—effectively a life sentence for the 60-year-old ex-socialite. What follows is a recap of what we learned from the Starz documentary about her life before bars.

SHE WAS FAR WEALTHIER THAN WE KNEW

We all know Ghislaine was rich from jump. But did you know just how rich? Ghislaine was so rich—apparently—that she had a private jet at her disposal while at Oxford. She was also so rich that the superyacht named after her, from which her father fell to his death, was sold in 2017 for $14.5 million. We hear from her family photographer, Mike Maloney, whose job title tells you everything you need to know. There’s paparazzi videos of her coming out of school, proof that she was worthy of tabloid coverage at the time. Described as a “spoiled brat” and a “daddy’s girl,” she’s portrayed as the favored scion of the brash, nouveau riche Robert Maxwell, who grew into a media magnate from humble beginnings as the son of Jewish peasants killed in the Holocaust. The filmmakers do their best to draw a through-line between the high-flying life funded by her father and the depths she would sink to in order to recreate it once he was gone.

SHE WAS A RELENTLESS SOCIAL CLIMBER

Friends from college remember her as the embodiment of the phrase “life of the party.” She was charming, alluring, a “queen bee” who “spoke in a low purr,” and knew how to throw a memorable dinner soiree. What she lacked in legacy or pedigree, she made up for in smiles and small talk. There’s a more cynical read here: She was, it seems, an unabashed ladder-climber. From courting the friendships of powerful people to displaying framed pictures of herself alongside them in the private island mansion she shared with Epstein, it’s easy to feel like she wanted in—badly. She’s described as having no clear sense of direction, evidenced by a defunct ocean conservation nonprofit that closed in 2019 without disbursing a single dollar toward its cause. This yearning would go on to serve her father, who harnessed her likability to rope in some respect for the Maxwell family name, the documentary asserts. It would later be manipulated for far more sinister purposes. Things do get a bit muddled when you start wondering: For someone so gregarious, why does she still feel like an enigma? Enough people attest to her vivaciousness, but there are few videos to prove it, leaving this side of her totally up to the imagination. However, there are plenty of pictures of her doing what she does best: smiling while partying famous people like Paris Hilton, Naomi Campbell, Donald Trump, Elon Musk, Prince Andrew, and Mick Jagger, who the documentary claims tried to recruit some women for sex through Epstein, according to former model Lisa Phillips.

SHE WAS LEFT WITH LITTLE MONEY AFTER HER FATHER’S DEATH

Maloney described Robert Maxwell as a “tyrant” who bullied his children. Ghislaine, on the other hand, was the lucky one who is said to have evaded her dad’s worst instincts. She was his favorite, so the story goes, and she stayed that way by prettying up his parties with young women he wanted to talk to. He gave her a job at his newspaper empire, where she allegedly made outrageous requests of busy editors. Her sense of self—and financial support—depended largely on her father. They were like a “team” with “their own language,” said Tim Walker, who worked at one of the family’s titles. Ghislaine moved to New York to help with a new property, the Daily News. A few months later, she was greeted by a sea of photographers when she boarded the Lady Ghislaine after Robert’s death. He owed a lot of money, leaving Ghislaine to complain about being “broke.” Shortly after, she met Jeffrey Epstein for the first time.

SHE WAS SAID TO BE A CREEPY PARTY GUEST

Known to be flirty and chatty, Ghislaine sometimes crossed the line, according to the men and women who knew her decades ago. While hosting a dinner at her family home in Oxford, she proposed a party game where the men blindfolded themselves, fondled the women’s breasts, and tried to match them to the women in the room. Nicola Glucksmann, who was invited as a plus-one, said she was tired and left, but the game presumably went on as planned. “If a man suggested it, I don’t think the women would’ve done it,” Glucksmann said. Writer Jesse Kornbluth says he met Ghislaine at a party hosted by Joan Rivers in 1992. With his wife mere feet away, he claims Ghislaine propositioned him with the cheeky pick-up line, “If you lose 10 pounds, I’ll fuck you.”

HER RELATIONSHIP WITH EPSTEIN WAS HARD FOR PEOPLE TO PIN DOWN

There’s no doubt that Ghislaine was key to satisfying Epstein’s predatory appetite for young women and girls. Multiple victims report that Ghislaine also abused them herself. But her personal relationship to Epstein isn’t as easy to pin down. He called her his “best friend” in a 2003 Vanity Fair profile, which noted that she “seems to organize much of his life.” She told one person that Epstein “keeps [her] around” because she “[does] not make mistakes.” She sometimes claimed they were married, according to one victim who said she felt safe leaving her young sister with them because “we all believed she’d be safe with a married couple.” 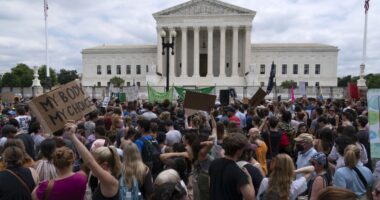 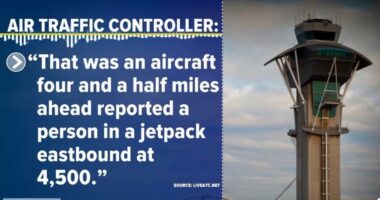 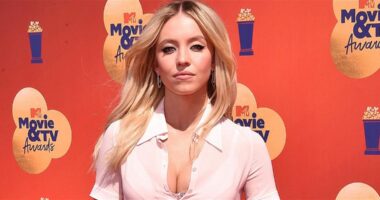 Sea lions are members of the Otariidae family, which also includes fur…