The Chicks Are ‘So Sorry’ For Stopping Show Mid-Performance

The Chicks made the decision to end their performance early during an Indianapolis tour stop over the weekend.

The country sensations, fresh from their Friday night Bonnaroo performance in Manchester, Tennessee, ended their Indianapolis concert last night, after performing for only half an hour.

The trio was quick to try and squash any potential disappointment brought on by the cancellation by releasing a statement on social media.

No ‘Gaslighter[s]’ Here: What The Chicks Said In Their Statement

The “Goodbye Earl” singers penned a note to concerned fans amid the sudden cancellation, writing, “Indianapolis, we are so sorry we could not give you the show you deserve. OR the show we wanted to give you,” they began, as per a Billboard article.

Fans needn’t worry; the band then promised the Indianapolis audience they would indeed have a chance to see their gals in action in a future rescheduled show.

“We will be back Indianapolis!! Hold on to your tickets,” the statement continued.

The band gave Indianapolis a final round of love when they ended their note with “We love you Indianapolis!”

What Are The Fans Saying?

@thechicks Indiana still loves you! Thank you for pushing through what you did. I got chills. Hope Natalie feels better. See you soon ❤️

The Twitter reception from fans who had been in the audience last night was generally positive!

One fan tweeted, “Indiana still loves you! Thank you for pushing through what you did. I got chills. Hope Natalie feels better!”

The cause for the show’s cancellation had been rumored to be a response to frontwoman Natalie Maines allegedly having trouble with her vocal cords; the band did not give an official confirmation to the speculation in their statement.

Another attendee tweeted, “Hey #thechicks we appreciate you trying! 5 songs and done. We’ll see you next time in Indy!”

One of the most popular tweets on the subject contained footage of the moment when Maines explained she was “waiting for this shot to kick in” before the band would try to power through one last song. She then clarified she had not been talking about imbibing!

“Not a shot of alcohol,” Maines laughed, her vocals obviously strained, “A shot of steroids.”

The same tweet said there had been “11,000” fans in last night’s audience.

Another fan seemed to be a bit disappointed in their tweet, but still tweeted about their fun experience while seeing the band live!

“Bummed that The Chicks had to cancel in Indianapolis tonight- we were having a great time up until this point! Hopefully when they return allergies won’t be an issue. Still a great night with dear friends, and that’s not nothing,” the fan tweeted.

The Chicks are no strangers to giving their fans great times they can share with friends! Those who were on Bonnaroo’s beloved ‘farm’ on Friday night were more than pleased with their performance!

According to the Tennessean’s review of the show, Maines commemorated the band’s first time on the farm by telling the crowd, “You look fantastic. I love what you’re wearing, and it smells like you’re having fun. We’re happy to be here for our first time, so we’re just going to cram in as much music as possible.”

The Chicks made their long-awaited return to recording music two years ago when they released the “Gaslighter” LP. The album was produced by production titan and Bleachers frontman Jack Antonoff. 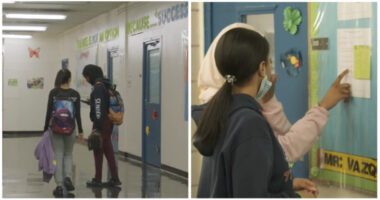 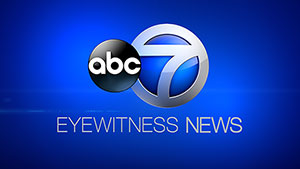 WASHINGTON — A Texas man convicted of storming the U.S. Capitol with… “We are certain the sector is poised for growth in domestic traffic”:…