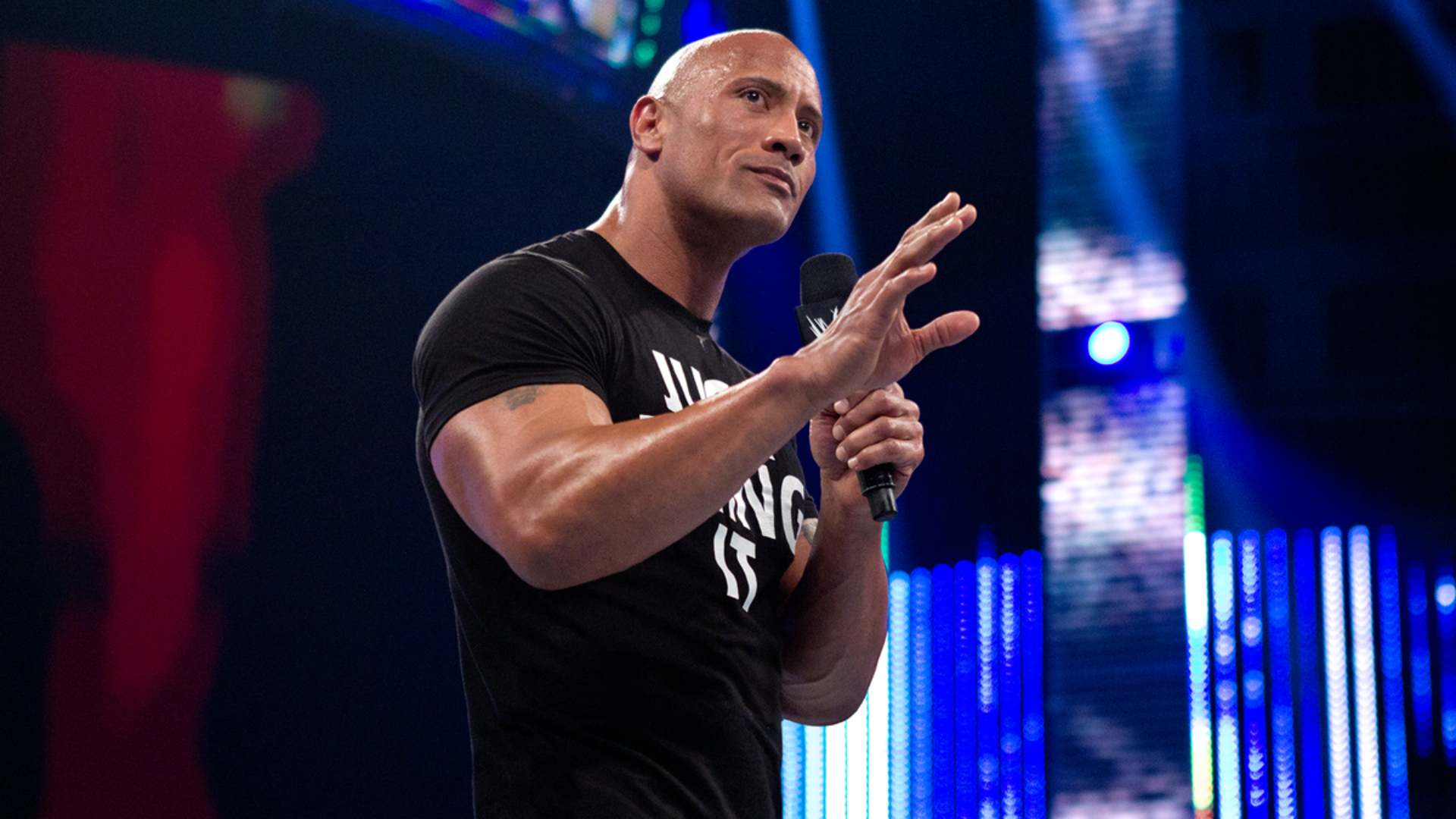 The Rock is without a shadow of a doubt the wrestler with the most catchphrases. His quick wear and unmatched charisma have spawned so many memorable and iconic sayings. The Rock may be in Hollywood now but he will always remain the people’s champ no matter what anyone says.

He had given some of the best moments of the Attitude Era. Some of them include his rivalry with Stone Cold Steve Austin or going against the McMahons and teaching them a lesson. But every time The Rock had something very special for the WWE universe.

The best part about The People’s Champ was to cut the best promos and he as well says the same, “It’s easy to go out there and your voice and say, ‘I’m gonna kick your ass and come this Friday night’, Anybody can do that, any jabroni walking can do that but no one can cut the promos that The Rock cuts.” Also, no lies there he was and always be the best when it comes to cut promos. If there is anybody who could come near him then there are two names that pop up. Both of them were his rivals at a certain point in his WWE career John Cena and The Rattle Snake Stone Cold Steve Austin.

But we are here to know the top 10 best catchphrases ever said by The Rock. So, without any further adieu let’s get to know The People’s Champ’s best mic work.

We begin with a phrase so iconic that it spawned its own show and was put into the Oxford dictionary. The People’s Champ was the innovator of “Laying the Smackdown”. He has used this catchphrase many times and he used it as he owned it. He absolutely did as his mic work was always impeccable being a legend in the professional wrestling business. The Rock would say something like, “The Rock is gonna lay up the Smack-a-Down on your candy a**es”.

When The Rock used this line any object was fair game. Just make sure to shine up really nicely. Also, during his rivalry with Triple H, The people’s champ just killed it when he said, “Triple h you got a 3-foot nose that you turn sideways and stick straight up Vince’s a**”. It was a great rivalry between both Triple H and The Great One. Also, he has used this catchphrase many times to cut promos and show his opponents who they are really dealing with.

As well as coming up with some killer catchphrases of his own, but The Rock would also, steal other people’s catchphrases by imitating his opponents in hilarious fashion. The Rock has imitated and totally broken the characters he would try to impersonate. Whether it is Stone Cold, Big Show, Kane, The Undertaker or Triple H, he has imitated them so good that he would destroy his opponents morale and would go to ends to make his opponents feel like they are stupid. One of his best time imitating was when he imitated the ring announcer named Mark Lloyd and asked him to shut up.

7. “The most Electrifing man in the sports entertainment”

The Rock’s connection with the audience was so strong that the arenas just would go all electrifying. And this just made The Rock “The most Electrifing man in the sports entertainment”. Nobody has ever held a crowd’s attention quite like The Rock. The crowd’s response to The Rock is unlike anything we have ever seen or will ever witness again. There weren’t many men who ever had that impact on the audience during The Rock’s seven-year absence. There haven’t been many game-changers in the WWE recently, no one who literally makes an opponent shiver in their boots. The Rock has always been one of those special few.

When it came to his fans The Rock didn’t need a fancy name for them. They were simply the people of which there were “millions and millions”. He would just have to say the word millions and the fans would go bonkers and the whole arena shouting and completing his catchphrase and the millions. The rock would acknowledge his fans and let them be part of his show. The Rock was one of the few wrestlers who would captivate as well as indulge fans while he talks and make things interesting.

5. “Know your role and shut your mouth”

You know what catchphrase is huge cause when not one but two video games are named after it then it definitely is a big deal. Dwayne “The Rock” Johnson, a former WWE champion and current Hollywood box office magnet, is known for his iconic wrestling catchphrase, “Know your position and SHUT YOUR MOUTH!” He would do it with great joy even though it was a taunt and an insult to his opponents. Additionally, The Rock was very skilled at hurling these jabs. No one would have anticipated it, but the Great One is the one who brings it.

4. “Finally The Rock has comeback”

From the very first line of his promo, The Rock had the audience in the palm of his hands. The people weren’t just overjoyed to chant the name of their city, but they were also, excited to witness the Great One delivering it in all his glory. It has been one of the most famous catchphrase of all-time by The Rock. As, being The Rock’s fan everyone would expect The Rock to go “Finally The Rock has comeback”. It is a wait and not known whether WWE universe would ever get to hear those words. But never say never.

This man was a beast when it came to insult anyone. The Rock was the king when it came to roasting his opponents or anyone who haves it coming. Whether it is his opponents or the McMahon’s The Rock has destroyed everyone with his mic work. In this clip you can see him singing Stephanie McMahon a happy birthday song, but after watching the clip you may get how bad The Rock insults anyone who stands in his way. Cause “It Doesn’t Matter” whether it is a he or a she.

Even when you know it was coming it was always funny to hear this line. Simply put when the Great One asked someone a question, the answer just doesn’t matter. This catchphrase is just as popular as The Rock himself. As, there was an instance when he was having an interview with Jonathan Coachman and asks him why does he have coach in his name, but the moment Coachman tried to answer, It didn’t matter to The Rock. But it matters when The Rock has to say something.

After all the trash talk, all his talks about his expensive shirta, after all his rock bottom and after all his people’s elbows there was one catchphrase that would perfectly sum up everything that the Great One would do. “If you smell, what The Rock is cooking”. The Rock was just perfect with everything he would do inside and outside of the ring. But before he would end things he would let the “million and millions” of his fans know that if they can smell, what the Rock’s been cooking”. 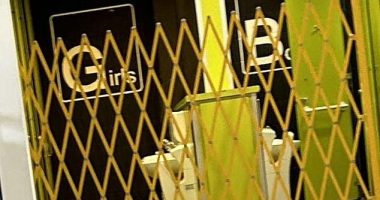 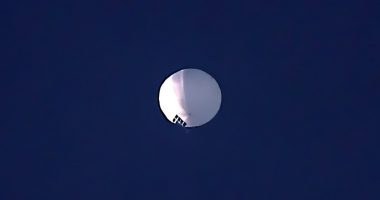 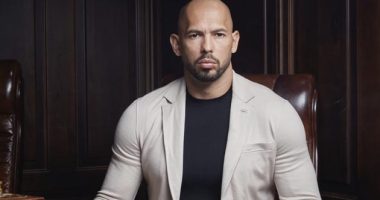 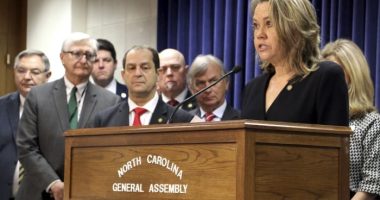 Love, invariably, cannot be bought. But a lovely gift for Valentine’s Day…

JACKSONVILLE, Fla. – A news release from the Jacksonville Sheriff’s Office on…