The pain of eight winless NPC seasons – and the unrestrained joy of ending a 54-game competition losing streak – are highlighted in a new TV show going behind the scenes of New Zealand rugby’s most-remote provincial team.

The four-part show is the brainchild of award-winning Pango Productions chief executive Bailey Mackey, and will make its small-screen debut on Thursday night on TVNZ 2.

Ngāti Porou East Coast went into last year’s Heartland Championship on the back of a 50-game losing streak, going back eight seasons in the provincial competition.

The team’s rare wins in that time came during pre-season clashes.

And while those pre-season victories were celebrated by players and fans alike, they didn’t make up for the pain inflicted by being on the end of the worst losing streak in the history of the Heartland Championship.

The regularity of losses is such that by the time captain Hone Haerewa notched up his 50th appearance for Ngāti Porou East Coast he had only tasted a Heartland Championship match win once.

By season’s end, that number extended to three with back-to-back wins over Poverty Bay and Wairarapa Bush giving the team a morale-boosting 2021 competition record of three wins and five losses.

“It is the seminal story of underdog rising, they haven’t won for eight years,” Mackey told the Herald.

“Going into that first game of the season against North Otago, it had been 50 games since they had last had a win.”

East Coast Rising is more than just a TV show solely focused on what happens on the field for 80 minutes during Ngāti Porou East Coast’s 2021 Heartland Championship campaign.

The series also highlights just how big a strand rugby is in the fabric of life on the remote but beautiful East Coast.

New Zealand’s most remote NPC province, and also the area with the smallest number of senior club players to choose from, is one of few remaining regions where rugby truly is a way of life.

In the local club competition, clubs are hapu and whanau-based.

When players pull on their club jersey, they are representing their hapu, father, grandfather and great-grandfathers who have played for their respective side previously.

And to add to the esteem that the Ngāti Porou East Coast team is held in the region, it is the world’s only iwi-based rugby team.

The fervent support for the province’s rep team is legendary around New Zealand.

Ngāti Porou East Coast won the Third Division title in both 1999 and 2000, before backing that up by coming agonisingly close to winning the Second Division final in 2001.

During that time, huge crowds of East Coast fans would pack out Ruatoria’s Whakarua Park, as well as travel to away matches to support the Sky Blues.

“The series is a deep dive into how this team is the hub of a community,” Mackey said.

One of the stars of East Coast Rising is coach Hosea Gear.

The former All Black wing signed up as coach in 2020, with the intent of helping turn around the fortunes of the Ngāti Porou East Coast team.

The side’s fortunes had plummeted from being Meads Cup winners in 2012, to going winless in the Heartland Championship since 2013.

The 2020 season was a virtual write-off for Gear; Covid-19’s spread meant there was no Heartland Championship, and being based on the Gold Coast, he was unable to return to New Zealand for five non-competition rep games.

Mackey described Gear as being “at the ultra-end of being professional” and said he “put a lot of things on the line” to come home and coach the province where he and his family hail from.

“He’s had to manage his family who live in another country while Covid was ravaging the country and with its related restrictions, with the aim of basically trying to put mana back in the jersey,” he said.

“[This is about] showing the world what East Coast life is, ‘Breatha’ mentality, and mixed in with someone who is coming home with the express aim of trying to return the team to previous [form], but also leave some much more manageable and sustainable systems, attitudes and actions, so hopefully we don’t get those sugar hits of either win it [the Meads Cup or Lochore Cup] or come dead last for a long time.

“But that is easier said than done.”

By the end of the 2021 season, both Gear and his fellow ex-All Black brother Rico had played for the team. Another high-profile Heartland Championship recruit was ex-ABs second-five Ma’a Nonu.

East Coast Rising is incredibly personal for Mackey; himself a former Ngāti Porou East Coast rep, including a member of the 1999 Third Division-winning team.

Previous rugby-themed series he has bought to life include Beneath the Māori Moon – which told the story of Māori rugby – and the All or Nothing: New Zealand All Blacks series for global broadcasting giants Amazon Prime.

“When I look back at my career I have done everything I have wanted to do and more,” Mackey – a director on the New Zealand Rugby board – said.

“This show is effectively the last on my bucket list.

“I have done a documentary series on the All Blacks for Amazon, a series on the Māori All Blacks in their centenary year 2010 and now I have got the trifecta with Ngāti Porou East Coast. They are the three biggies.

“For me, I am glad in some ways that I got to do East Coast last out of those three. I would like to think that with experience you become better and better with your craft.” 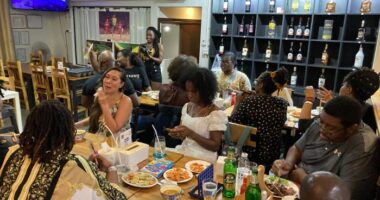 BANGKOK – As the United States marks only the second federally recognized… 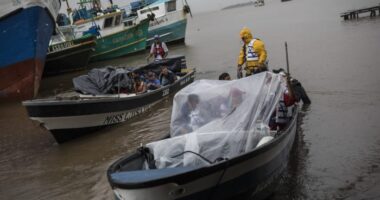 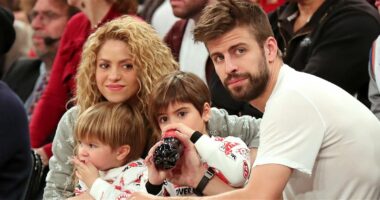 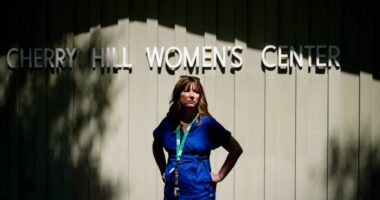 In her first week on the job at a Philadelphia abortion clinic,…

Harry Styles has announced that he has canceled his show in Copenhagen.…
Share on Social Media
twitterfacebookpinterestlinkedintumblrredditwhatsapptelegram