Internet sleuths took a situation into their own hands after a woman threw a racist temper tantrum at an Asian restaurant in Orlando—but their vigilantism resulted in an innocent small business being plastered with racist vandalism, proving that bigotry is never a good look.

“Ever since Monday, I have received threatening phone calls, death threats and threats to burn down my business, all over mistaken identity,” Beauty Bar Orlando parlor owner Iris Mejia posted on GoFundMe. “My stylists and I have lost business due to the threats and fear of coming to work. The threats seemed empty, until today. When I arrived at my salon, it was completely vandalized. Someone painted racial slurs all over the outside of the building.”

Last week, a video went viral on social media of a customer at King Cajun Crawfish restaurant demanding a refund for her shrimp and crab meal. When an employee declined to give her money back, she spiraled into a nasty anti-Asian rant. She called the employee who cashed her out a “Chinese bitch,” used an Asian accent to mock the worker even though the worker didn’t have an accent at all, and told her she was “a Korean ass bitch” who should go back to her country, all before storming out of the restaurant.

In the post, since deleted by King Cajun Crawfish from Instagram but not Facebook, the restaurant claimed the woman was a local entrepreneur, with people in the comments speculating about which business she owned.

But after receiving threats “all day,” Meija turned to Instagram to plead with people to stop targeting her salon.

“PLEASE DO YOUR RESEARCH! WE ARE A COMPLETELY DIFFERENT BUSINESS,” the salon posted with an image of its owner compared to a photo of the King Cajun Crawfish customer.

The threats spilled into the offline world, with “Fat bitch,” “racist bitch,” and “Go back to your cage monkey,” being spray painted across the business’ door and outer walls, according to the GoFundMe.

In an interview with The Daily Beast, Mejia, who identifies as Afro-Latina, said she has been harassed with at least 700 calls—some even outside the U.S.—since the video did the rounds on social media. She said she has been hospitalized in the wake of the vandalism for her emotional well-being.

“It was horrible. Everyone thinks it’s me,” she told The Daily Beast through tears.

Mejia said she filed two police reports since the vandalism, but nothing has been done to ensure the safety of her employees. So, she decided to disconnect the phone lines and close the salon for a couple of days. The Orlando Police Department did not immediately verify details of the alleged vandalism to The Daily Beast.

“Nobody was helping us, except for clients and people in the community,” Mejia told The Daily Beast. “My son has been there with us. He’s our security, but it’s just scary because you don’t know who’s going to show up.”

In the restaurant’s posts, which were still up on its Facebook page on Wednesday, it identified the woman as “Liz Knighton” from her receipt. According to a Florida Department of State business registration, Knighton is the owner of Bodi Beauty Bar, a beauty parlor roughly five miles from Beauty Bar Orlando. The Daily Beast was unable to reach either Knighton or Bodi Beauty Bar for comment.

Bodi Beauty Bar has also received a wave of backlash online in the aftermath of the viral video. Yelp released a “public attention alert” on the business, which also has a string of negative reviews. On its Better Business Bureau page, the company ironically received a number of complaints relating to refunds and impromptu cancelations.

According to Google Maps, the business is permanently closed.

The Beauty Bar fundraiser seeks to “recoup the loss” Mejia says stylists experienced during the Bodi-Beauty-Bar-mixup.

“I just want it to go away already and [things] just go back to normal,” Mejia said. “I don’t even know how long that’s going to take and if I can survive.” 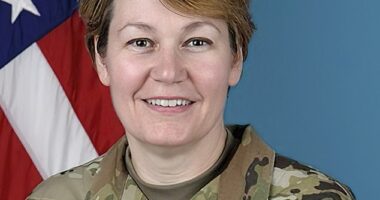 The marshal of the U.S. Supreme Court has asked Maryland and Virginia… 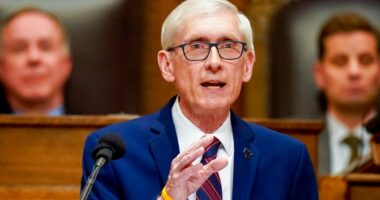 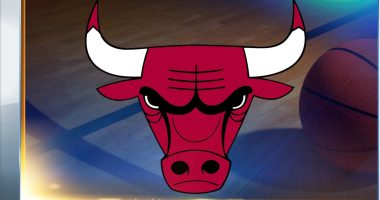 CHICAGO — The NBA Draft gets underway Thursday night, with the Chicago…