As Russia’s invasion of Ukraine passes its hundredth day, it’s no surprise that experts, scholars, and pundits are obsessively writing about how this war may end.

The most optimistic among them are convinced that Russia’s military effort may fizzle out in the next couple of months. They speculate that Russia will run out of the microchips it needs to engage in modern warfare, or ammunition, or even soldiers. Russia’s push in the Donbas could very well be Moscow’s last major offensive, one that may already be running out of steam.

Could the end already be in sight, even as Ukraine appears poised to lose yet another city to Russia’s invasion?

Looking at the war as it is today, there is a seductively easy prediction for how this war will invariably end: Battle lines will advance and retreat, some cities and towns will fall and be recovered, innocents will be forced to flee from their homes, soldiers will die in battle, more Russian generals will be killed, and, gradually, the Russians seem destined to lose momentum. With Ukraine benefiting from a long-term strategic advantage and backed by the power of NATO, time, it seems, will result in their inevitable victory.

The idea is seductive, but it is almost certainly too simple.

This terrible war, where tens of thousands were killed and millions displaced, has never been acknowledged as such by Russia. To the outsider, this is a joke. The entire world has become accustomed to the continual and perpetual lies and unreality of Putin’s regime. Of course this is a war! How could it be anything else!?

You would be right to ridicule such a suggestion, but it is important to bear in mind that Russia’s invasion was conducted with peacetime military forces. Should Russia declare that it is at war, it would then be able to mobilize its population and dedicate more resources to besting Ukraine. Careful observers of this conflict have been worried about that possibility almost since the beginning and now it may soon become a reality.

Far from an inevitable Ukrainian victory, a mass mobilization could give new life to the Russian invasion. Tutored by a series of harsh lessons, it’s unlikely that Russia’s military forces would continue to commit the long series of blunders that characterized its initial invasion.

Even without that mobilization, there is good cause to wonder just how strong the Ukrainian military actually is at this stage. While we’ve been continually bombarded with information of Russian casualties, particularly of their generals and commanders, perilously little discussion has been had about the losses Ukraine has endured. We could well have tricked ourselves into believing that Russian casualties are sky high, while Ukraine’s military is relatively unscathed. While we may hope that this is true, we would be foolish to uncritically believe it to be so.

That leads us to an increasingly likely scenario. As the war that is not war continues to rage, conflict in the east will settle into a war of attrition and stalemate. President Zelensky declared that a stalemate is not an option, but events on the battlefield are not decided on the basis of proclamation. The United States has learned that lesson repeatedly in its 21st-century engagements. The momentum of inevitability, of victory, could well be quashed in a war defined by mass casualties.

Then, perhaps even without a Russian mobilization, this conflict will continue as the humanitarian tragedy grows ever higher. Battle lines may harden, Russia may annex what territory it possesses, and the conflict may transition from a state of unrecognized war to some exhaustion-enabled ceasefire that leads to a peace that is no peace at all.

We cannot be certain the war will end that way, even if some increasingly fear that will be the case.

Wars are contingent on battlefield conditions, structural strategic considerations, logistics, economics, politics, and more. We may fall into a trap if we fail to consider alternative ways this war may develop.

The idea that Russia will escalate when faced with defeat is not new, and it has been the primary motivation for increasingly loud calls for offramps for Russia. At one end, there are those who call upon Ukraine to make territorial concessions as a means to purchase peace if necessary. Some believe this may be the only thing that Putin would accept to end the war, and simultaneously consider it utterly unacceptable. One ending that has some chance of success is a return to the status quo ante bellum, but Putin is unlikely to go for that in the near term. Ukraine may attempt to force that ending by sending forces well into the Donbas, perhaps even into Crimea. This scenario, reminiscent of Douglas MacArthur’s ill-fated decision to approach the Chinese border during the Korean War, could well be the instigating move that leads Russia to a wartime footing for the purposes of general mobilization and potentially other escalatory actions. The odds of that happening increase if Ukraine and its backers fail to take the Russian military and their resolve seriously. If we treat the Russian military as a joke and their threats as empty, then we could be in for a major surprise if Ukraine pushes too far when victory is in sight.

And yet, the most important factors for how this war may develop have nothing to do with the immediate battlefield conditions of the Donbas and Eastern Ukraine.

A major deciding factor leading to Russia’s long-term disadvantage is its limited ability to restock some of its military capabilities. Early on in the war, many were concerned that China would supply Russia’s war machine. That possibility would be detrimental to Ukraine’s long-term ability to win this war. Thankfully, China has not appeared to do so—at least not at a scale to cause much public discussion. But in light of President Biden’s recent Taiwan statements, there is a chance that this may change. If China comes to believe that the U.S. has abandoned its long-term Taiwan policy, or that it considers Taiwan’s fate linked to Ukraine’s, then it may more decisively side with Russia. This would be one of the easier ways to “kill with a borrowed knife.” After all, the more time and effort NATO must spend to support Ukraine, the less freedom of action the U.S. will have in the Indo-Pacific.

Cracks in the pro-Ukrainian coalition could play another major role here. At the start of the war, there was mass public and political outrage. This was a war for Europe’s future, and 141 countries voted to condemn Russia’s invasion of Ukraine. As time moves on, however, there is a real danger that political leaders and the peoples of the world will gradually grow numb and tired of the war. In the future, it’s entirely plausible that key NATO nations will push for greater punitive action against Russia, only for the coalition to fragment as priorities change. Already, economic downturns and inflation threaten the livelihoods of people around the world. With inflation highs tied to the Russian invasion, record fuel prices, and an impending food shortage, some may lose an appetite to support a war that is causing them hardship at home. Rand Paul might have been a lone voice in May, but he could very well be joined by many more later this summer if polling is any predictor. That is particularly so if it looks like Ukraine is winning the war, or if the conflict is increasingly isolated to a single theater of conflict that the broader world finds less threatening than Putin’s initial move for Kyiv. If aid to Ukraine diminishes, that could have dire implications for Ukraine—and not just on the battlefield. Ukraine’s economy is in crisis, meaning that it requires economic and humanitarian aid, not just arms and munitions.

Too often we forget about things that have nothing to do with guns and soldiers, but economic troubles and third-party grievances are just as important to understanding the course of war.

Time will tell which expert got which detail right about how this war will end. But for now we must focus all our efforts on understanding the war as it is today and how that can change tomorrow. Only then will we be prepared for what comes next. 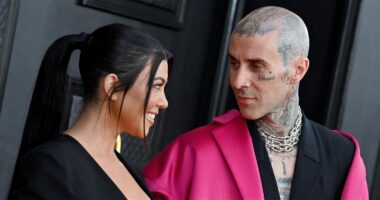 On Wednesday, fans learned that Blink-182 drummer Travis Barker had been rushed… 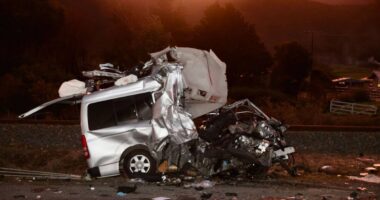 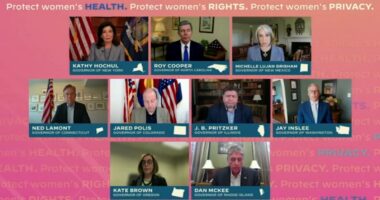 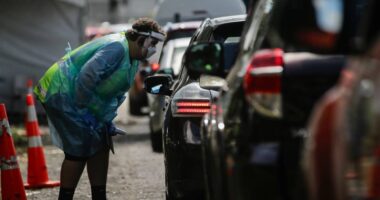