WASHINGTON — The House committee investigating the Jan. 6 insurrection at the U.S. Capitol is holding the first in a series of hearings laying out its initial findings Thursday night, a highly anticipated look at evidence the panel has been gathering for the last year.

With the televised hearings, the seven Democrats and two Republicans on the nine-member panel hope to grab the attention of the American public and drive home the sheer violence of that day in 2021, as some have attempted to downplay the attack. And they plan to use the more than 1,000 interviews they have conducted to spotlight people who played pivotal roles in the siege – and to show that it was a deliberate, unprecedented attempt to block the certification of Joe Biden’s victory.

Watch live coverage of the first hearing in the media player above.

The committee is sorting through the mountain of information it has collected into different hearing topics, from domestic extremism to security failures to what then-President Donald Trump was doing in the White House that day as hundreds of his supporters brutally pushed past police and forced their way into the Capitol.

Thursday’s prime-time hearing will be both an overview of the investigation and a preview of the hearings to come. It will also look at domestic extremism, with testimony from British filmmaker Nick Quested, who recorded members of the far-right Proud Boys as they stormed the building, and Caroline Edwards, a U.S. Capitol Police officer who was one of the first people injured in the riot as the Proud Boys and others pushed past police.

What to know about the House’s investigation ahead of the hearings:

How we got here

The House panel was formed last summer after Senate Republicans blocked the formation of an independent Jan. 6 commission that would have had an even number of Republicans and Democrats and operated outside of Congress. When that proposal failed, Speaker Nancy Pelosi created a Democratic-led panel to investigate the attack. The House approved the formation of the committee in June 2021, and the panel started its work within weeks.

The Jan. 6 panel’s two Republicans – Wyoming Rep. Liz Cheney and Illinois Rep. Adam Kinzinger, both frequent critics of Trump – joined the committee at Pelosi’s invitation. House GOP leader Kevin McCarthy pulled all of his members from the panel after Pelosi rejected some the members he selected.

Cheney, the panel’s vice chairwoman, and Kinzinger have firmly aligned themselves with the Democrats on the probe, saying their duty to investigate rises above partisanship. Other Republicans decry the investigation as another partisan effort to go after Trump.

The hearings could be politically risky for Democrats, who face significant headwinds from the GOP in this November’s midterm elections. While many voters are most concerned about inflation, education or other household issues, the Democrats on the committee – including some who face tough reelection bids this fall – say they hope people don’t lose sight of what happened on Jan. 6.

MORE: The Jan. 6 Capitol attack, by the numbers

The attempt to subvert democracy isn’t over, they argue, as many Americans still incorrectly believe that Trump won the election and some states around the country have moved to replace election officials and politicians who certified Biden’s win.

And Trump, who told his supporters to “fight like hell” at the rally the morning of the insurrection, is considering another White House bid.

Democratic Rep. Jamie Raskin of Maryland, a member of the panel, said Tuesday the measure of success would be “whether we are able to preserve American democracy and our institutions – it’s a long-term test.”

Who will be there — and who won’t

The committee hasn’t yet announced the focus of each hearing, or who all of the witnesses will be. But they are expected to seek public testimony from witnesses who were revelatory when interviewed behind closed doors. They are expected to include former Trump White House aides who have been cooperative and others who have detailed Trump’s pressure on state and federal authorities to overturn the election.

The committee has reached out to a group of Trump-era Justice Department officials, including Jeffrey Rosen, the acting attorney general at the time of the riot, about having them as witnesses, according to a person familiar with the matter who insisted on anonymity to discuss private conversations.

While the panel has talked to dozens of Trump aides and allies, they have not heard from some of the most prominent figures who were closest to Trump that day – notably former chief of staff Mark Meadows, who declined to talk to the panel after negotiations broke down, and McCarthy, who also declined to cooperate.

The committee subpoenaed McCarthy and four other House Republicans who interacted with Trump and the White House before and during the attack, but they have so far refused to comply.

The committee divided the investigation into different subject teams that are expected to provide structure to the hearings.

One team has looked into the government’s response, including the slow deployment of the National Guard and the struggles of Capitol Police, who were overwhelmed as the rioters descended. Another team has been looking into donors who helped finance the events of the day. Other subjects of the investigation include those who organized the rally on Jan. 6, the actions of the Justice Department, the role of domestic extremism and the spread of misinformation on social media.

One of the investigative teams has focused on Trump and those who tried to help him overturn the election.

The nine members of the committee have divided themselves up, as well, and each will lead different parts of the hearings. “The public will hear from each of us,” said Rep. Pete Aguilar, D-Calif., a member of the panel.

Republicans are pushing back on the hearings before they even begin, calling the committee partisan and arguing that Democrats are focused on the wrong priorities.

“They are scrambling to change the headlines, praying that the nation will focus on their partisan witch hunt instead of our pocketbooks,” House GOP Conference Chair Elise Stefanik of New York told reporters Wednesday.

Republican Rep. Jim Jordan of Ohio said Democrats’ goal is “to end the Electoral College and their goal is to stop President Trump from running in 2024, plain and simple.”

Congress doesn’t have the power to press charges, so the hearings aren’t intended to be a prosecution. But members of the panel have encouraged the Justice Department to aggressively investigate the attack, as well.

Lawmakers have also talked about the possibility of sending a criminal referral to the Justice Department recommending that certain individuals – perhaps even Trump – should be prosecuted. Such a referral would put Attorney General Merrick Garland and his prosecutors on the spot.

Though the scope of the department’s investigation remains unclear, it recently issued a subpoena to former Trump adviser Peter Navarro that could signal Justice is widening its probe to examine the activities and records of people who worked directly for the Republican president. The department previously issued subpoenas to people connected to the Jan. 6 attack and the rallies in Washington that preceded the violence. 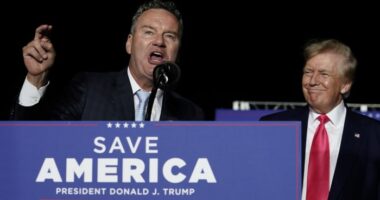 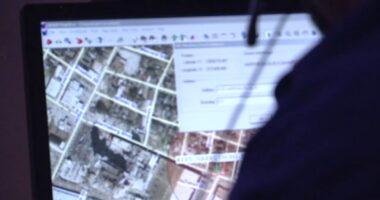 HOUSTON, Texas — A dispatcher in Houston allegedly fell asleep during the…

According to Behind the Name, the name Elizabeth is of Hebrew and…
Share on Social Media
twitterfacebookpinterestlinkedintumblrredditwhatsapptelegram