More than 1000 lightning strikes have been recorded across the North Island in the past two hours, as thunderstorms lash the country.

It’s been a sodden start to 2021 for Kiwis across the country, as heavy rain and severe thunderstorms cause havoc for campers and holidaymakers.

Roads are disappearing under floodwaters in parts of the South Island, forcing some campers and holidaymakers to find a plan b.

Emergency Management Otago has urged those in the region to stay put until Sunday.

“As we head towards nightfall, driving is only going to get trickier in much of Otago,” he said.

“Staying where you are for tonight is a better option than being stranded in your vehicle or needing to be rescued from a dangerous situation.”

Rain and slips have forced the closure of several key South Island roads, with more torrential rain forecast in parts of the country.

In Otago, State Highway 1 between Maheno to Reidston, SH6 between Queenstown and Kingston, SH87 Kyeburn to Outram, and SH83 between Otematata to Aviemore are closed.

Those “road closed” signs are there for a reason. Here’s the wash-out north of Kingston on SH6 and there’s plenty more like it around Otago today. So please respect the signs and either delay your trip or take the detour. pic.twitter.com/RJy8J197Ub

An Auckland holidaymaker travelling from Omakau to Naseby in Central Otago captured a video of vehicles creeping through heavy floodwaters.

“There was lots of flooding over the roads, we went through four bits like that. It’s still raining really heavily, with thunderstorms. It’s rained all night,” said NZME’s Allison Whitney.

“We were supposed to be camping at the Naseby holiday camp but our friends have arranged some cabins for us instead so we don’t have to pitch tents in this weather. It’s pretty crazy weather for central Otago. You don’t often see rain like this.”

It’s a similar story for other Central Otago campers, with tents at the nearby Ranfurly Holiday Park sitting in pools of floodwater.

CANTERBURY – SURFACE FLOODING – 11AM
Due to heavy rainfall, there is a surface flooding warning on the following State Highways:
• SH82 Ikawai to Kurow
• SH83 Kurow to Georgetown
Switch your headlights on and drive according to wet weather conditions. ^AP pic.twitter.com/3DH4Oq9Yys

Some festival-goers in Dunedin are stranded after rising water of the Silverstream cut off the Whare Flat Folk Festival, northwest of Dunedin, today.

The Dunedin City Council has set up sandbag stations at the Dunedin Ice Stadium carpark and Mosgiel Memorial Park for residents as a heavy rain warning looms over the city.

Sandbags are now available at the Dunedin Ice Stadium carpark, Victoria Road, St Kilda and Mosgiel Memorial Park, Gordon Road, Mosgiel. Please bring your own shovel to fill bags if you can.

Boaties using Lake Aviemore in the South Island have been warned about submerged large logs and debris that have been dislodged by the downpour.

Environment Canterbury deputy harbourmaster Gary Manch said after heavy rainfall in the Canterbury high country, the debris has ended up in Lake Aviemore, causing a potentially dangerous situation for any unaware boaties.

“The logs and debris can sit just a few inches underneath the water’s surface and would cause considerable damage to any vessel that comes into contact with it.”

MetService detected more than 1100 lightning in the past two hours as thunderstorms batter the North Island.

Bursts of torrential rain pounded Auckland today as the stormy weather moved across the city.

Over 1100 lightning strikes detected in the last 2 hours over the North Island as thunderstorms continue. A few stations in Northland have registered over 30mm in an hour, anda few Auckland Stations 10-20mm in the last couple of Hours. ^RK pic.twitter.com/yJuOqYrkqD

In the Kaipara and Whangārei area, severe thunderstorms bringing heavy rain are moving south-southeast and were expected to lie near Paparoa and Taipuha by 5pm.

Severe thunderstorm watches remain in place for Northland, Auckland and the Coromandel Peninsula.

Residents in places where severe thunderstorm watches and warnings are in place have been warned by MetService to take shelter, preferably indoors and away from windows and to get back to land if out on the water. 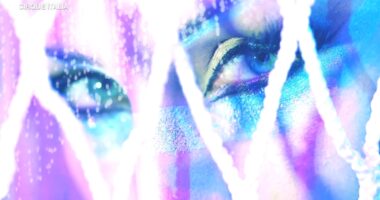 AURORA, Ill. (WLS) — Cirque Italia is giving you the opportunity to… 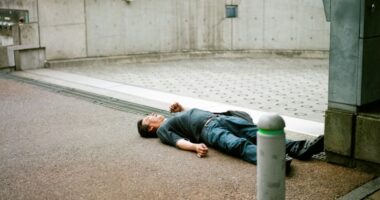 Army jawan was on leave and on a trip to Rishikesh, police… 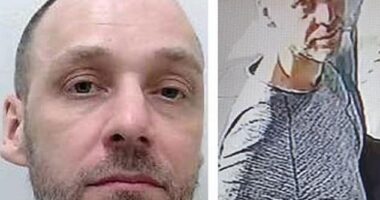 STACEY Solomon looked flawless as she she flashed her abs in a…
When Hayden Panettiere’s daughter was two, famous mum sent her to live…
Share on Social Media
twitterfacebookpinterestlinkedintumblrredditwhatsapptelegram