A woke news reporter working for The Guardian’s US website has been condemned  after she took to Twitter to declare that people who question trans ideology are fascists.

‘I think that we’re entering a period when the most meaningful political distinction will be fascist and anti-fascist. It’s really important to understand that transphobia is one of the most potent entry points to fascism today – and act accordingly,’ tweeted Julia Carrie Wong on Sunday.

Wong was quickly taken to task over her dreary woke take by Twitter users who questioned why a news reporter was foisting her opinions on her 59,300 Twitter followers, and ruining any perception of objectivity.

‘The game that the political left plays is very simple. Step 1. Declare that there are only 2 groups…fascist and anti-fascist Step 2. Declare that anyone who disagrees with you is a fascist. That’s the game. Stop falling for it,’ tweeted anti-woke account Wokal Distance. 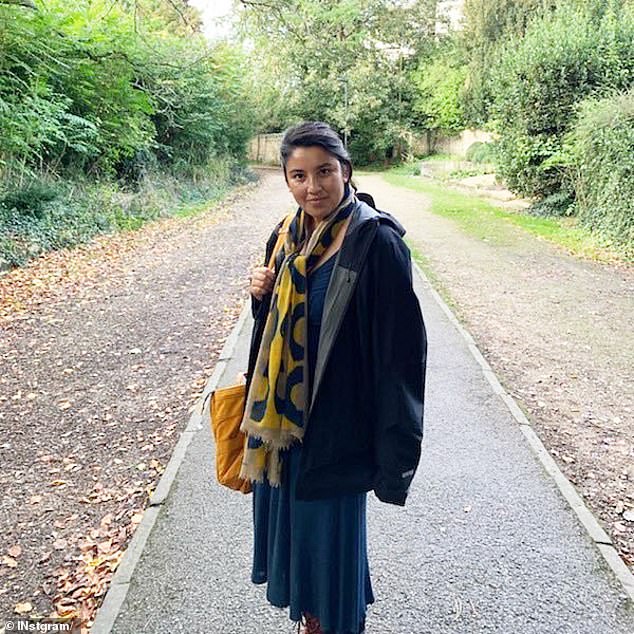 One of The Guardian’s US reporters, Julia Carrie Wong, tweeted how she believes people who question ‘trans ideology’ are facists

Wong, who has transitioned from a reporter to an editorial role recently continued her Twitter rant for several hours on Sunday morning

Wong, who attended Harvard University and the University of Iowa became a senior reporter based in San Francisco for The Guardian. She was one of the outlet’s main technology reporters but last year transitioned to an editorial role and now lives in Brooklyn and commissions features for the website.

The Guardian’s US newsroom is among American publications whose journalists have decided that they can longer deprive the public of their opinions on hot-button social issues including racism, gender identity and policing.

Twitter serves as the most popular conduit for their takes, which often attract retweets from similarly-minded journalists, creating what critics say is an echo-chamber that leaves them out-of-touch with ordinary readers.

This behavior has also led to condemnation from those readers, many of whom just wish to be given all the facts of a story and comments from relevant parties, before being left to make up their own minds.

‘Hard to express how deeply disturbing it is to see the UK media status quo of transphobia being an acceptable bigotry creep into the American press,’ she wrote earlier before adding a follow-up:

‘I don’t have a lot of wins to point to when it comes to fighting this at a publication , but I will say that I think it’s imperative to fight it.’ 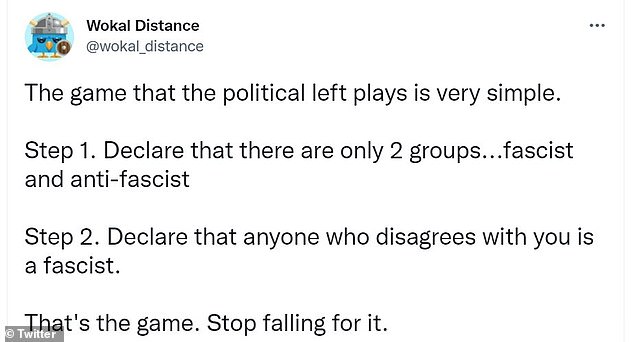 Staff at the once highly-respected liberal publication – founded in England in 1821 – have been at odds over trans rights in recent years.

The Guardian was among publications that embarrassed itself last year by running stories suggesting that an incident where a trans woman flashed her penis in the women’s-only section of an LA spa was a right-wing hoax dreamt-up to embolden transphobia.

Two months later, charges against the alleged flasher were filed.

And in 2020, activist staff circulated a letter moaning at bosses for having the temerity to publish gender-critical pieces by British columnist Suzanne Moore, who later quit the publication.

Another London-based American Guardian journalist, Hadley Freeman, shares her own gender critical views in her Guardian columns and on Twitter, and has been viciously abused for doing so.

Plenty of other Twitter users appeared to fundamentally disagree with Wong’s position and the supposed link between transphobia and fascism.

‘You’re an idiot. Trans activism is causing transphobia. When trans activists physically assault women who are gathering peacefully, or gay people at Pride, or try to incite people to send pipe bombs to women who stand up for women, what do you think the response is going to be?’ wrote one user.

‘I think that we’re entering a period when the most meaningful political distinction will be Guardian columnists and proper journalism,’ retorted another, mirroring Wong’s original tweet.

‘So you’re telling me that as a bloke, I can put on a dress, then hang out in the women’s changing rooms and if anyone objects they’re fascists? Ok then,’ wrote another astute Twitter user.

The crux of the current debate on trans rights largely centers on whether transgender women should be afforded access to all women’s spaces, and whether children who say they are transgender should receive medical treatment before they turn 18.

Some so-called ‘gender-critical’ campaigners – among them Harry Potter author JK Rowling – have suggested that it may be unsafe to let trans women into domestic abuse shelters, or women-only prisons.

But supporters of trans rights say that transgender people are among the most vulnerable to violence, and deserve protection.

Participation in women’s sports is another flashpoint, with the gender-critical movement galvanized by controversial trans UPenn swimmer Lia Thomas.

Thomas, a former UPenn student who transitioned from male to female, sparked worldwide outrage and accusations of unfairness after she took to the pool and broke records, while hammering rivals, in a series of college-level races. 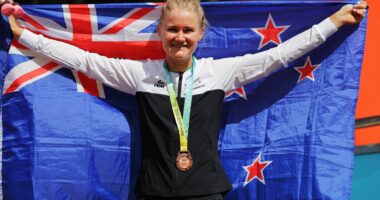 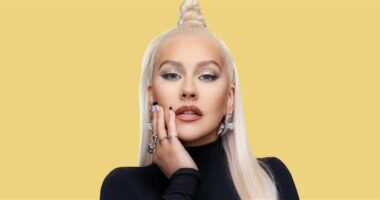 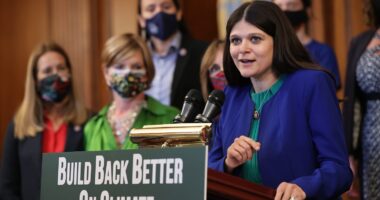 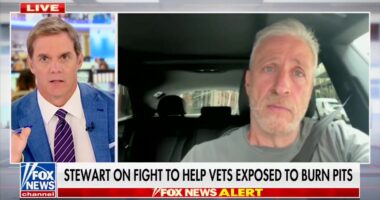