For many of us, the first thing we think about when we wake up is coffee. Whether you prefer it hot or cold, it’s the beverage that is synonymous with morning and the start of a fresh day.

While the first thing that comes to mind upon our first sip is the benefits of coffee (hello, focus!), we tend to forget that there may be some negative side effects of consuming this caffeinated beverage every day. To get the whole picture, we asked dietitians all about the side effects of drinking coffee every day—both the positives and the negatives. Read on, and for more on how to drink coffee in a healthy way, don’t miss 7 Things You Should Never Add to Your Coffee.

“Black coffee contains polyphenols which are antioxidants (antioxidants help to protect cells against damage and are our body’s way of clearing out harmful byproducts of metabolism which is important for a variety of chronic health conditions),” says Melissa Prest, DCN, RDN, CSR, LDN, registered dietitian nutritionist and spokesperson for the Academy of Nutrition and Dietetics.

“Coffee has more antioxidants than black and green tea. Coffee beans contain quinines, which become more potent after roasting. The antioxidants in coffee have the potential to fight obesity and decreasing weight may help to protect retinas and eyes, may contribute to preventing Alzheimer’s disease and other forms of dementia, or chronic diseases like cancer and strokes.”

“Studies have shown that coffee can reduce the risk for pancreatitis, gallstone and gallbladder disease,” says Lauri Wright, PhD, RDN, LD, registered dietitian nutritionist and spokesperson for the Academy of Nutrition and Dietetics. “Further the caffeine in coffee stimulates muscle movement in the gut, so it aids in elimination (i.e. your bathroom run.)”

“With 1 in 3 Americans not meeting the recommended amount of sleep of 7 or more hours per night, coffee can help to diminish sleepiness and improve alertness and concentration,” says Elizabeth Spencer, MS, RDN, LDN, registered dietitian nutritionist at Northwestern Medicine Central DuPage Hospital. “Coffee contains the stimulant caffeine that acts on our central nervous system to increase norepinephrine and dopamine that lead to increased alertness and motivation. Caffeine also blocks the effects of the fatigue-inducing brain chemical adenosine.”

“Naturally coffee is a low-calorie beverage option with 0 grams of fat and 0 grams of sugar or carbohydrates, offering a delicious option for those looking to limit their intake of calories or nutrients mentioned above,” says Samantha Bartholomew, MS, RDN, LDN, registered dietitian nutritionist from FRESH Communications. “Coffee only becomes a potential dietary concern when other ingredients are added such as cream and sugar.” Hence the 10 Ways Your Coffee Is Making You Gain Weight, Say Experts.

“Some research shows that regular consumption of coffee may lower your risk of type 2 diabetes, Parkinson’s disease and potentially lower your risk of Alzheimer’s disease,” says Prest. “Habitual coffee drinking has been associated with a reduced risk of coronary heart disease in women.”

“Caffeine is a drug, and as a result, your body can become addicted to it,” says Dr. Wright. “Caffeine withdrawal can cause severe headaches, nausea, and constipation.”

“Coffee has numerous liver-protective properties. Moderate amounts of coffee, between 1-4 cups per day can help fight liver conditions such as alcohol-related cirrhosis, non-alcohol related fatty liver disease, liver cancer, and hepatitis C,” says Spencer. “The growth of scar tissue that leads to liver fibrosis is slowed by the production of a chemical called paraxanthine. Paraxanthine is produced when the body digests the stimulant caffeine that is found in coffee, lending coffee drinkers up to an 84% lower risk of developing cirrhosis. As little as 2-3 cups of antioxidant-rich coffee can result in a 38% reduction of risk of developing liver cancer.”

When you drink more than three to five six-ounce cups of coffee per day, you could disrupt your sleep schedule, according to Prest. “We know that good quality sleep is important and disruption to our body’s ability to sleep well has health consequences, like increased risk of heart disease and obesity,” says Prest.6254a4d1642c605c54bf1cab17d50f1e

“Consuming too much coffee can have the uncomfortable side effect of increasing anxiety and nervousness. Ingestion of too much caffeinated coffee can result in increased heart rate, blood pressure, and stress hormones, all symptoms that will increase the feelings of anxiety,” says Spencer. “Those who are caffeine sensitive are at a higher risk of feeling the jitters for a longer period of time, even from a few sips of regular coffee. Those with panic disorder and social anxiety disorder also need to heed caution, as caffeine in large doses can exacerbate panic and anxiety.”

“Caffeine in coffee also boosts dopamine in the brain which helps increase our mood and happiness,” says Dr. Wright.

“Studies show that those consuming 2 cups or more of caffeinated coffee per day may experience a lower risk of developing type 2 diabetes when compared with non-coffee drinkers,” says Spencer. “Some studies show that multiple components found in coffee, such as the antioxidant-rich polyphenol chlorogenic acid, the mineral magnesium, and the stimulant caffeine have a beneficial effect on glucose metabolism and improved insulin sensitivity, both of which help reduce risk of type 2 diabetes. It should be noted that research shows this positive effect with black coffee, drinking sugary coffee drinks can have the opposite effect and can increase risk of type 2 diabetes.” In addition to drinking coffee, check out the 10 Best Ways to Cut Your Diabetes Risk, According to Doctors.

“Gastroesophageal reflux disease (GERD) is a condition where acid repeatedly comes up from the stomach into the esophagus, leading to an uncomfortable burning sensation in the chest and throat,” says Spencer. “For some people, acid reflux is known to be triggered by caffeine, the major component of coffee. Caffeine can relax the lower esophageal sphincter, the muscle that keeps our stomach content from moving up into the esophagus which leads to acid reflux. Some coffee roasts are also more acidic, which can aggravate reflux symptoms further. Dark roasts and cold brew coffee are lower acid choices.”

“Coffee contains a stimulant called caffeine which is found in many plants including coffee beans, tea leaves, and cocoa beans,” says Bartholomew. “This is the stimulant component of coffee that provides us with improvements in energy levels that help us to wake up in the morning or power through the afternoon slump!”

“It is not the coffee itself that creates dietary concern, it is the common ingredients we add to it to improve taste. One of those ingredients being sugar, whether it be in the form of sugar packets, liquid sugar, or flavored syrups,” says Bartholomew. “Sugar can significantly increase the caloric density of coffee beverages as well as decrease the nutrient profile. As a dietitian I love to use sugar alternatives in my coffee and have recently been experimenting with brown sugar replacements such as Brown Swerve and let me tell you, it’s a game-changer!” 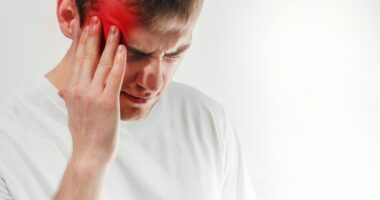 We need cholesterol for our overall health, but too much is a… 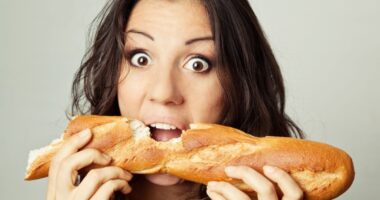 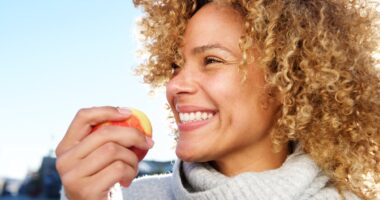 It’s hard to believe, but there are people who haven’t had COVID.… 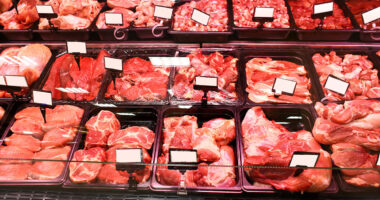