There was to be no choke from Australia this time. Nor any acceptance of what seemed an inevitable defeat with England charging towards an unbeaten season.

Instead the tourists produced a stunning comeback when all seemed lost to seize this 50-over series with one of the great partnerships in one-day history.

Just as England seemed certain to extend their five-year unbeaten home 50-over series record, with Australia floundering on 73 for five chasing 303, up stepped Glenn Maxwell and Alex Carey to turn the tables by adding 212 for the sixth wicket. 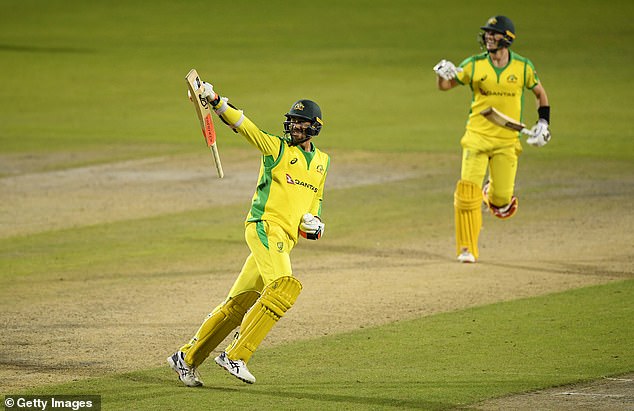 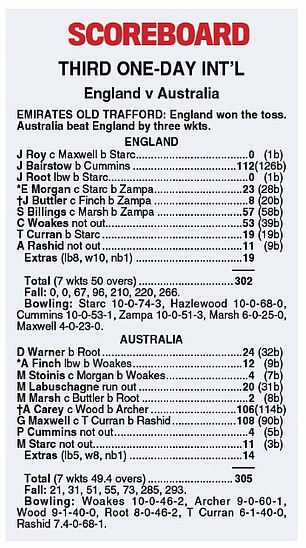 Even then there threatened to be a final twist when both fell after reaching centuries. But even though Adil Rashid, who had been put to the sword by the six-hitting power of Maxwell, returned to claim his man and then Carey fell to a brilliant diving catch by Mark Wood at third man off Jofra Archer, Australia were not to be denied.

Eoin Morgan entrusted his leg-spinner with the final six balls — even though Mark Wood and Tom Curran had overs remaining — with Australia needing 10 to win. And Mitchell Starc smashed the first ball from Rashid for a straight six. Game all but over, Starc swept the winning boundary with two balls to spare.

What drama there was here at Emirates Old Trafford and what a way to finish this compelling season. This decider had begun in the best possible way for Australia when Jason Roy and Joe Root were dismissed by the first two balls of the match from Starc. 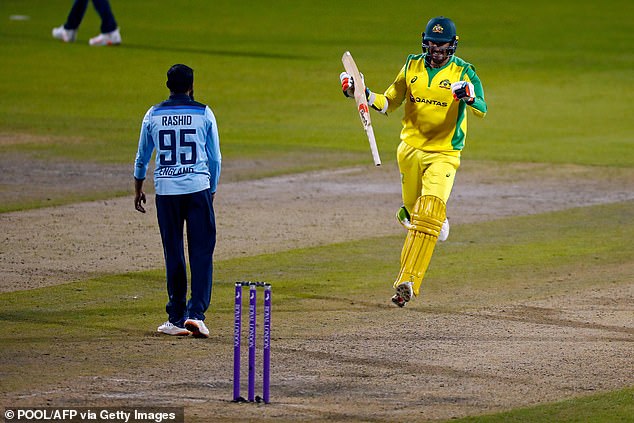 Yet far from beating a retreat, or even regrouping, England went on the attack and appeared to have taken control. First Jonny Bairstow, at something of a crossroads after losing his Test place and being below his best for much of the white-ball season, batted as fluently as he has done all year to make his 10th one-day international century.

Then Sam Billings and Chris Woakes backed up Bairstow with half-centuries as England again demonstrated the depth in their batting to reach 302 for seven and leave Australia needing the highest successful 50-over chase in Old Trafford history.

It seemed well beyond them once Morgan had turned to the off-spin of Root for the first time in this series and saw him bowl David Warner with a beauty worthy of Muttiah Muralitharan at his best with his fifth ball. 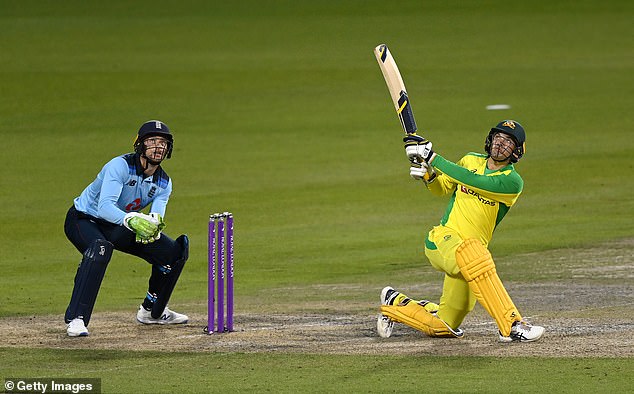 It followed the early two-wicket intervention of Woakes, and once Root had claimed a second victim — Mitch Marsh — Sam Billings ran out Marnus Labuschagne and there seemed no way back for Australia. But that was to overlook the ability of Australia’s ‘Big Show’ in the enigmatic figure of Maxwell who, at No 7, smashed seven sixes in his 108 off 90 balls. Equally important to Australia was Carey, who hit two sixes in his 106.

The pair overshadowed the earlier century by Bairstow, who had battled back to something like his best with two half-centuries in earlier matches against Australia and now showed what an outstanding batsman he remains.

Nothing summed up Bairstow’s supremacy more than a sublime flick for six off Pat Cummins that took him to three figures. This was an important innings for Bairstow, who will almost certainly lose his full central contract, worth around £600,000, when the ECB hand out their Covid-affected deals later this month. 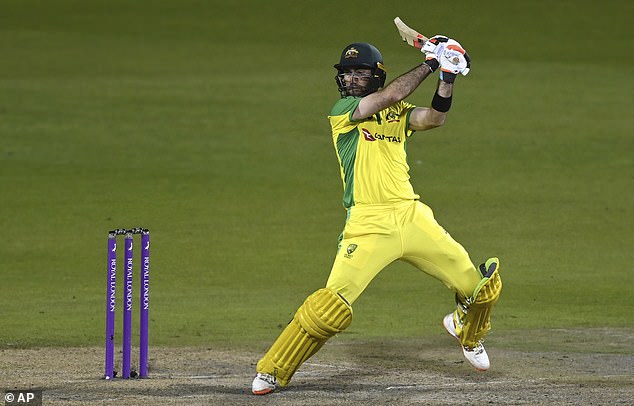 Yet he remains one of England’s most prolific one-day openers of all time and hit two sixes along with 12 fours in his 112 off 126 balls before being bowled by a perfect off-cutter from Cummins.

Bairstow’s hundred-clinching six was not the only example of England’s batting audacity.

Billings hit Starc for two sixes, the second a scoop over the fine-leg boundary, while Woakes produced an invention worthy of Jos Buttler before Rashid joined in the fun by whipping the pace of Starc for six himself. 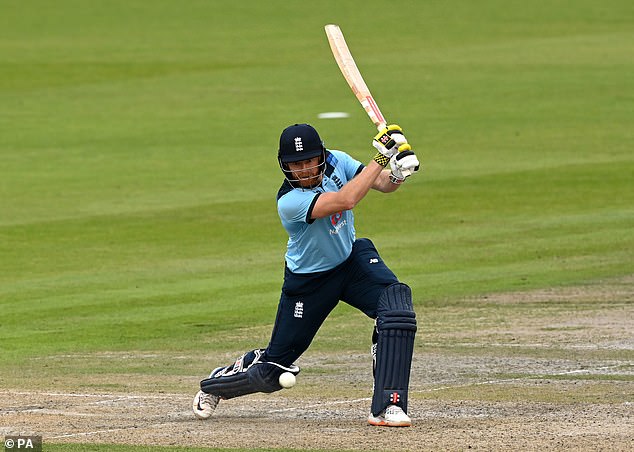 This was the highest successful run chase in an ODI at Old Trafford. The previous record was England chasing down 285 against New Zealand in 1986. Bill Athey scored 142 that day.

It was batting that looked to have sentenced Australia to another decisive defeat until Carey and Maxwell came together to transform the game. Their record-breaking partnership should have been nipped in the bud after Archer had Carey caught at third man by Rashid when he had made just nine, only for the wicket to be ruled out by Archer’s first no-ball in one-day international cricket.

England had another chance to expose Australia’s tail when Maxwell was dropped off by Buttler trying to slog Rashid on 44. Then Maxwell was saved by the width of the wristband on his glove as he survived what would have been an lbw for Rashid had it struck his forearm a centimetre higher.

They were narrow margins but they proved decisive as Australia — again without Steve Smith, whose absence after being struck on the head before the series must now be a concern — gave England their first series defeat in any format this season. It is one that the old enemy richly deserved. 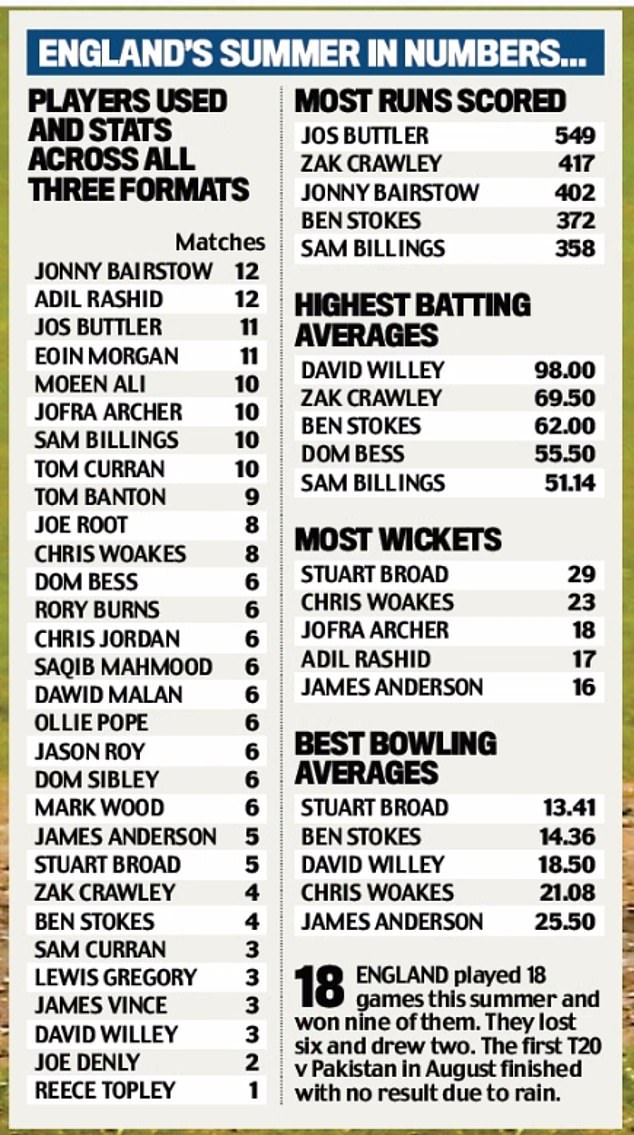