Leeds 1-1 Hull (8-9 on pens): League One side prevail in penalty shootout

Leeds did not look too fussed about making it beyond this round, even if they did take the tie all the way to an epic 18-penalty shootout before suffering what was a deserved defeat.

Marcelo Bielsa handed £27million club-record signing Rodrigo a full debut but his presence could not inspire a young team that showed XI changes from Saturday’s defeat at Liverpool.

It was telling of Bielsa’s priorities that he left senior stars Kalvin Phillips, Jack Harrison and Patrick Bamford on the bench before Ezgjan Alioski lashed a 94th-minute equaliser to force spot-kicks, where Alfie Jones netted the winner for League One Hull. 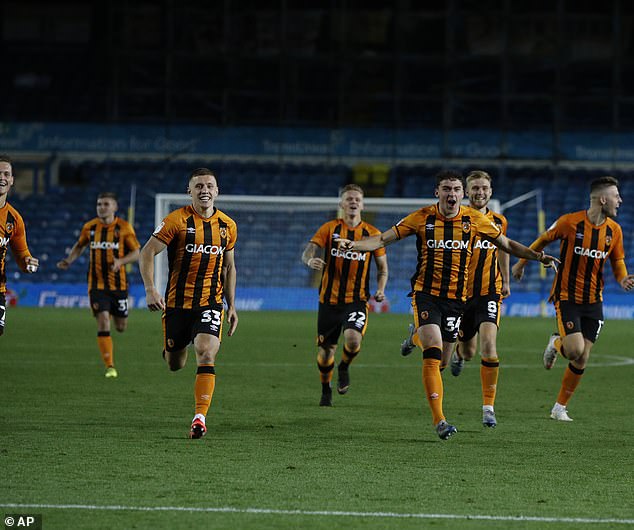 But Bielsa was far from happy.

‘We didn’t defend well or attack well,’ he said. ‘There was an error in the co-ordination between all three sectors in the team. The players did not gel together well. I am responsible for that.’

Bielsa has not fared well in English cup competition since his arrival two years ago and the Argentine has still not made it to round three of this competition, while his record in the FA Cup reads played two, lost two.

It was, meanwhile, another outing to forget for Spain striker Rodrigo, who conceded the late penalty that cost his side a point at Liverpool.

He did step up first to confidently dispatch in the shootout, but team-mates Alioski and Jamie Shacklelton could not follow suit. 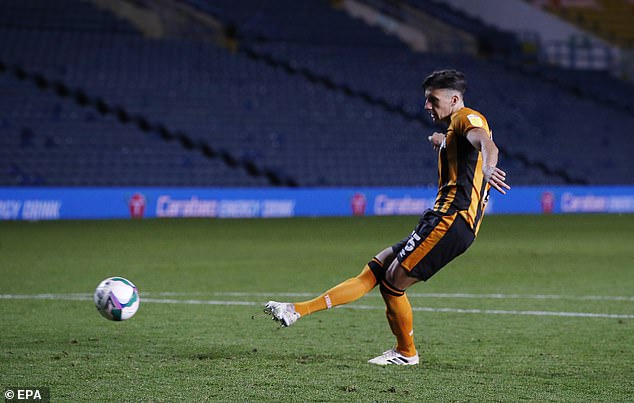 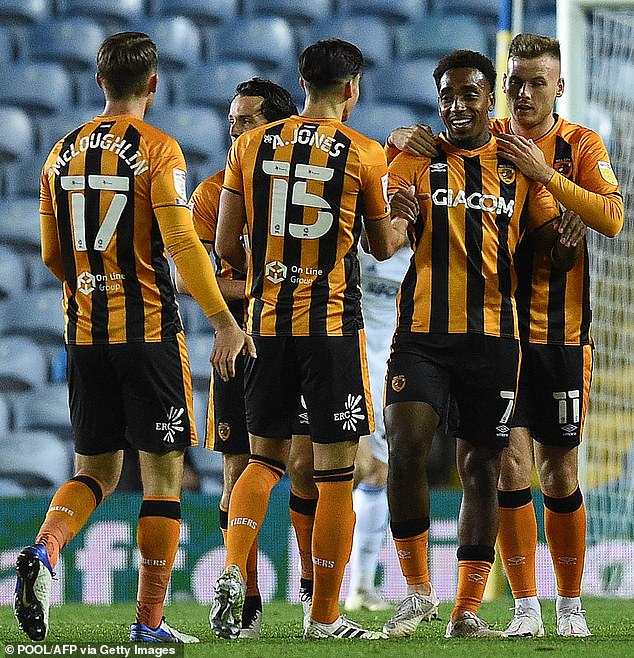 It was harsh on Hull striker Mallik Wilks – once of Leeds – that Alioski’s late goal had denied him a match-winning return to Elland Road after his opener on five minutes.

Leeds could not live with the 21-year-old early on and he could – and probably should – have had a hat-trick by half-time.

His goal owed a little to a deflection after he had taken aim from 18 yards and he was only denied a second when Kiko Casilla spread his frame to block moments later.

Leeds were better after half-time – it was hard not to be – but Alioski’s intervention was to prove in vain. 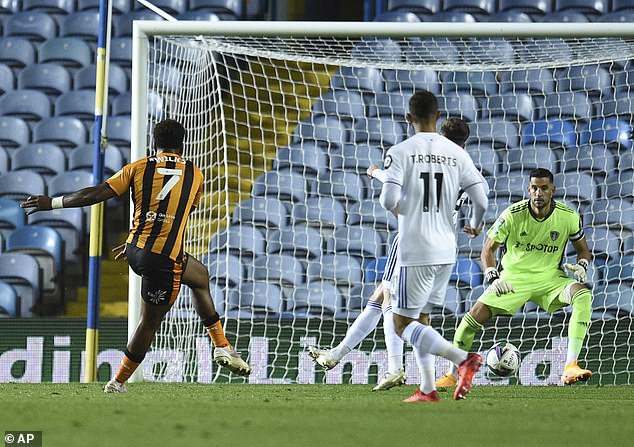 Wilks, one of three Hull players facing his former club, fired the visitors into a fifth-minute lead