Mick Schumacher has been tipped to be a F1 star like his famous dad Michael, by former Ferrari chief Ross Brawn.

The 21-year-old German leads the Formula 2 championship in his second year at the sport’s reserve level.

And Schumacher is in line to be promoted to F1 next year with a seat at either Alfa Romeo or Haas. 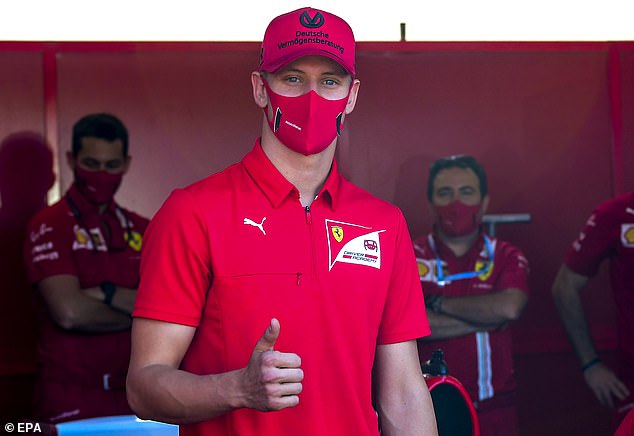 And Brawn, who worked closely with Michael Schumacher as he won his seven world titles at Benetton and Ferrari, believes Mick will be on the F1 grid soon.

Brawn wrote in his F1 column: ‘It was wonderful to see a car close to my heart – the Ferrari F2004 – get another outing in the hands of Mick Schumacher on Sunday.

‘Michael was a force of nature in that car, winning his seventh world title, and it seems Mick really enjoyed his latest demonstration run in it.

‘Mick himself is driving superbly at the moment in Formula 2, and is leading the championship after another solid weekend in Mugello. 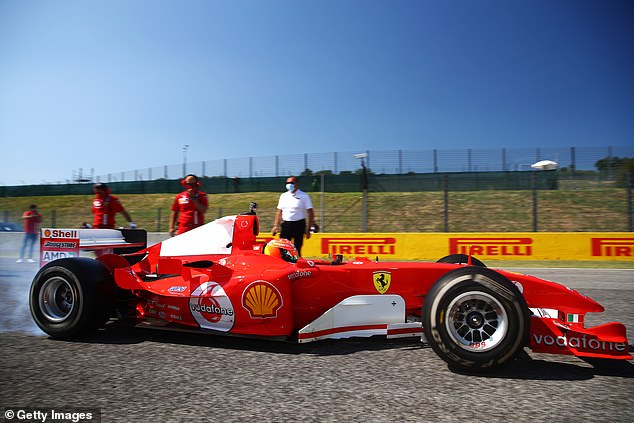 Schumacher took to the Mugello circuit in his dad’s title-winning Ferrari F2004 for a special display ahead of the Tuscan Grand Prix.

The all-conquering car won 12 of the first 13 races en route to Schumacher senior clinching what proved to be the last of his five Formula 1 world titles with Ferrari. 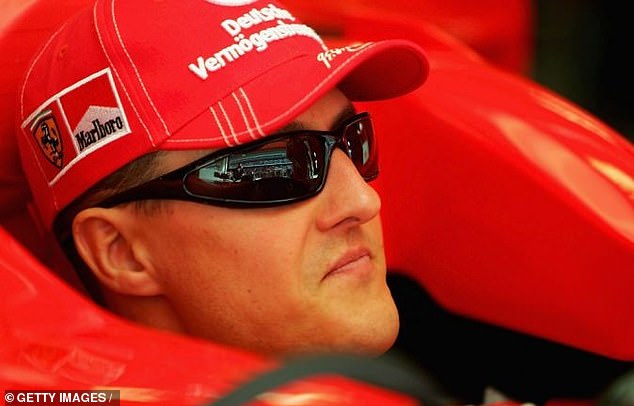 Schumacher told the F2 website: ‘Obviously driving the Ferrari F2004 on Sunday was a very special moment for me.

He added: ‘The sound, the downforce, the steering – it’s just amazing.

‘It was really special for everyone involved, I think also for the mechanics who worked with my dad on this car 16 years ago. A great moment for me and I’m very thankful that I got this opportunity by Ferrari.’