I went on Love Island and bosses FIX favourite challenge – I cried all day & begged not to do it, says Shaughna Phillips

FORMER Love Island star Shaughna Phillips opened up on her “vile” experience on the ITV show.

She slammed one of the favourite challenges as “the most vile thing” and described how she cried all day before having to do it.

Every season the Islanders’ heart rates are monitored while they do sexy dances for each other, but they don’t get a say in what they wear.

Shaughna was devastated to learn she had to wear a skimpy outfit and also claimed the results were fixed anyway.

“I cried from lunchtime to the minute I walked out [to dance],” Shaughna said on the Should I Delete That podcast.

“I said to them [show producers], ‘I will go out naked in nipple tassels, as long as you give me trousers, tights, or thigh high boots. I will do whatever you want’. 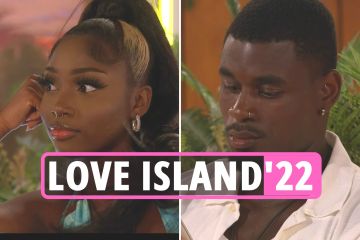 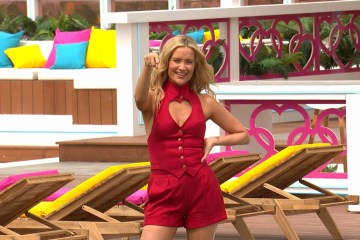 She describes the process as “so mean”, saying she begged producers not to make her wear a skimpy outfit: “I was crying, I was going, ‘Please, you don’t understand. Please.’

She had been ditched by Callum Jones for model Molly Smith during Casa Amor.

“I think it was set up. In the competition it said mine went up for Callum, and obviously it would’ve been a greater storyline that mine went for Callum and Callum’s didn’t go [up] for me, but I don’t think mine went for him. I’m sure mine went for someone else,” Shaughna said.

“Even though I know, or I think it wasn’t true, the nation’s then watching me looking like a twat. I just felt like a donut.”

On Love Island itself, she said it’s like “work” and far from the all-inclusive holiday she’d imagined: “You’re running on four or five hours sleep, if that. There’s scenes of me with a wine glass with steam coming out of it, because there’s tea in it. That’s me just trying to stay awake.”

Shaughna, who worked for Lambeth council in London before finding fame on the ITV2 dating show, also revealed a quirky detail about the dances.

She said no actual music is played – or if there is, it’s a random song that we don’t hear on the actual show.

“There’s no music playing for the slow-mos. All you can hear is our feet hitting the floor,” Shaughna explained.

“It’s the most awkward time. Or they’ll play music but it’s like… you can’t sing [along to] it because they’ll put different music over it [in the edit], so we literally had this trick where we would put ice in our mouths… to stop us from singing.”

Lifting the lid on the recoupling speeches, she says they take “hours” and that contestants go through what they’re going to say with a producer beforehand.

“You don’t normally have to re-do… if it’s something very dramatic, then obviously they can’t really redo that,” Shaughna said.

“But when you’re doing, like, the ‘I would like to couple up with this person because…’ you do that in three sections.

“So you say that, and then you have a big pause, then you say the next bit, pause.”

The reality star ‘nearly fainted’ from eating so little and going to the gym before entering the villa.

She says that getting ready to go into the villa was like “preparing for war” and that she was eating so little and working out so hard in the gym, she would “nearly faint”.

“I I would literally go to the gym and nearly faint, so I had to start to eating more just to get to that point, so I was in a healthier situation when Love Island came about, but obviously when it did happen, it was then like all systems go,” Shaughna revealed.

“I was going to the gym maybe five or six times a week. But now I’m in a position where when I go to the gym, I try to look at it as a treat for myself, like this is your time, just go and enjoy it, whereas back then it was like do or die.”

Do you have a story for The Sun Showbiz team? 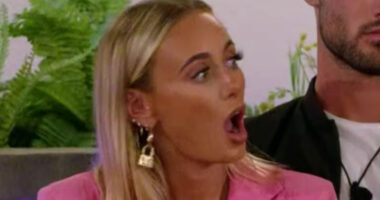 LOVE Island has certainly provided some heartwarming romances over the years, but… 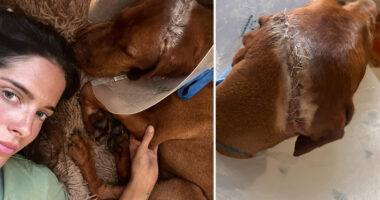 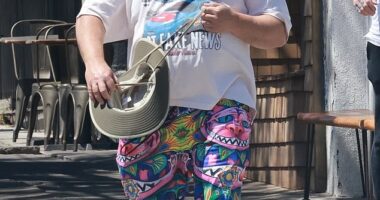 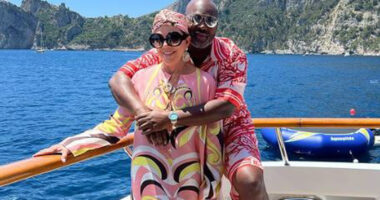 Have you heard the name of Sonia Mann? She is well known…

What Illness Does Katie Boulter Have? The audience applauded Katie Boulter when…
Share on Social Media
twitterfacebookpinterestlinkedintumblrredditwhatsapptelegram