She hit the slopes earlier in the day.

But Kendall Jenner was nowhere near done with her New Year’s Eve adventuring on Thursday, seen out exploring Aspen, Colorado with friend Fai Khadra. 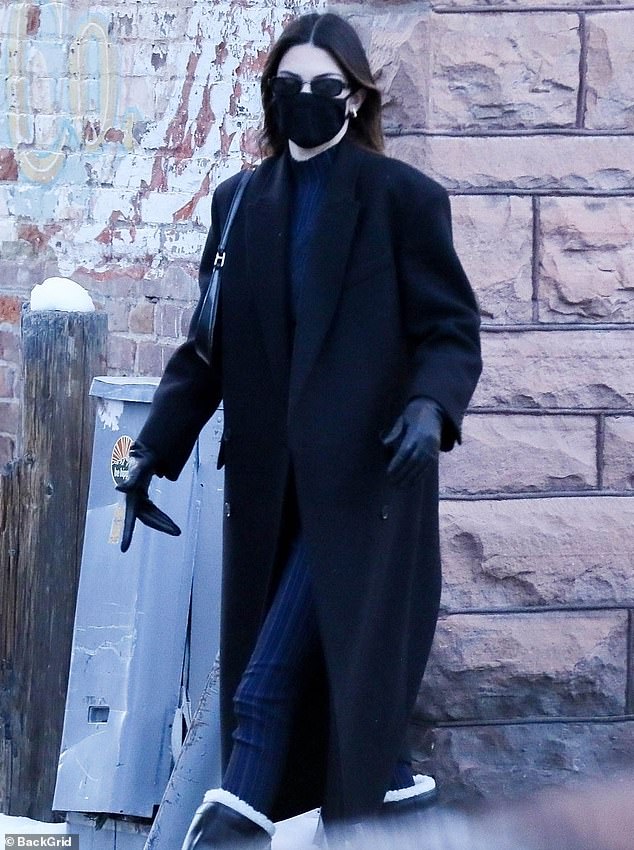 She dressed things up with classically chic accessories, slipping on a pair of leather gloves and toting around an Hermes bag. Sunglasses and a face mask completed her look.

Not far behind Kendall was constant companion Fai, who looked edgy in a pair of black leather pants worn with a crisp, white down jacket. 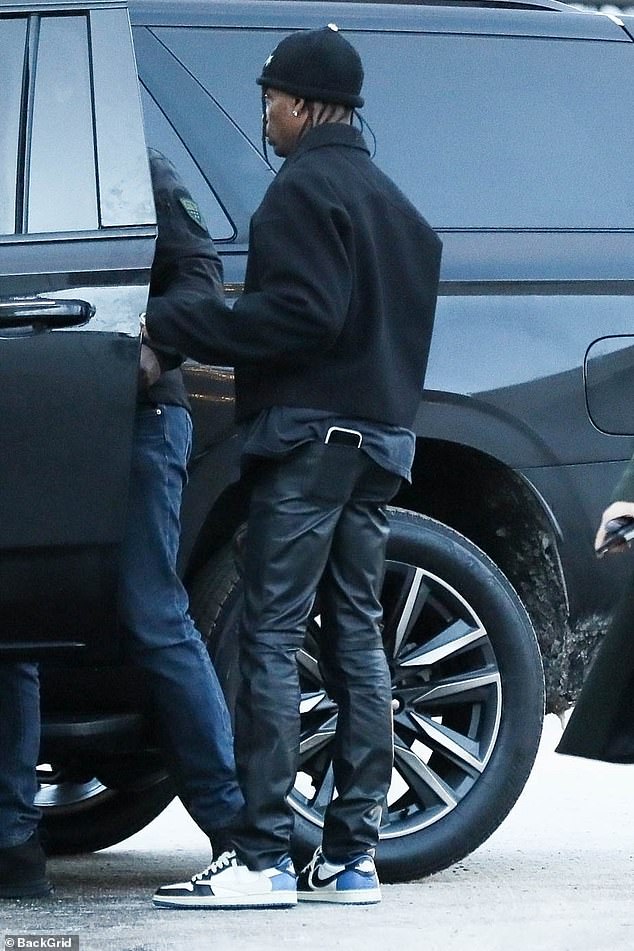 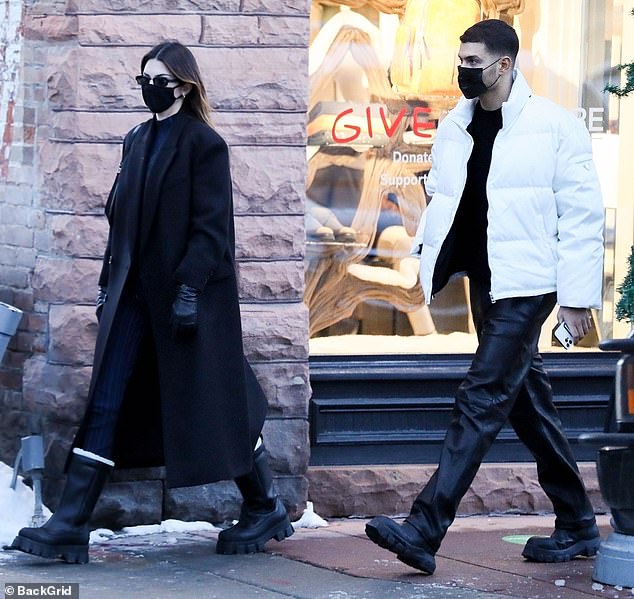 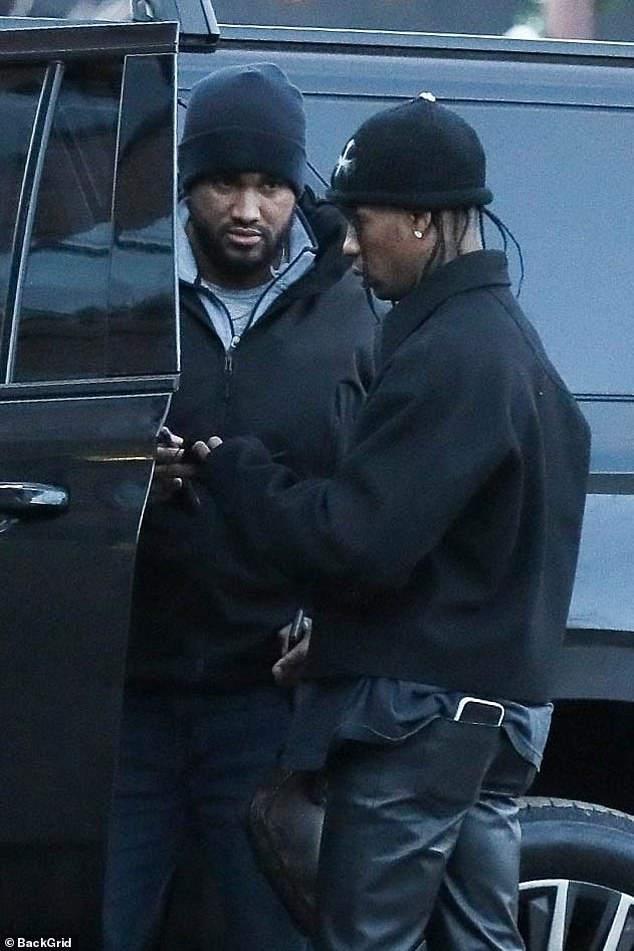 Pit stop: Travis, meanwhile, stayed close to his car while checking out his winter-y surroundings

The pair wandered around the downtown area of the upscale mountain enclave before heading back to get ready for their New Years Eve celebrations.

Travis, meanwhile, stayed close to his car while checking out his winter-y surroundings.

Dressed for the chilly weather, the Sicko Mode rapper had on a black jacket, knit hat and leather pants. Fresh blue and white Nikes tied the whole thing together.

Though they weren’t spotted together, it was safe to assume that Kylie was close by. 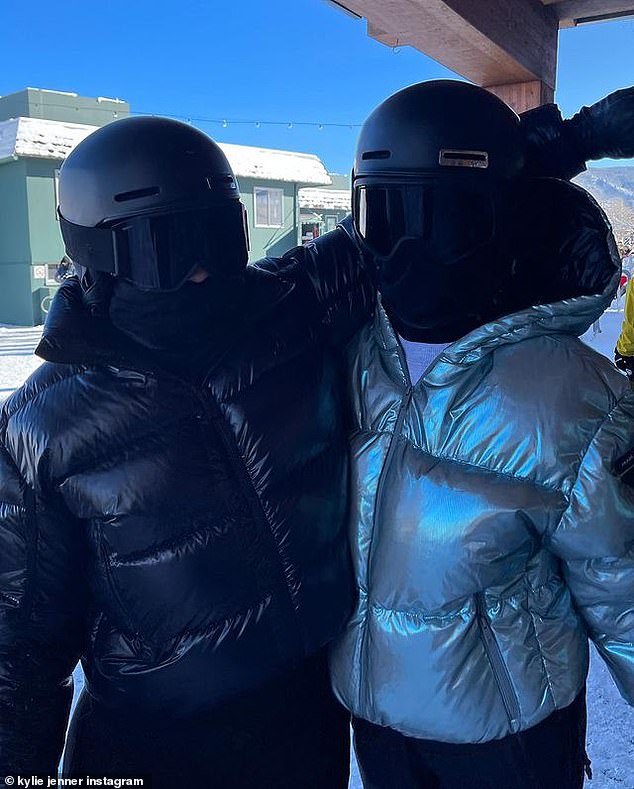 Near: Though Kylie Jenner wasn’t seen with her sister or father-of-her-child, an earlier social media snapped proved she was there on the family trip/

Make it metallic like Kendall in a Prada puffer

Kendall and Kylie Jenner rang in the new year with a snowboarding session in Aspen, and we loved the sisters’ snow-ready look, especially Kendall’s puffer!

The standout coat featured a shimmery mint metallic color and extra puffy down design to ensure warmth. It’s by Prada so you know it’s a quality puffer that Kendall will have for awhile.

Sadly it’s sold out, but click (right) to shop the brand’s current offering via Farfetch. However if you want to recreate Kendall’s winter look then just head below to shop our puffer picks, with options from Boohoo to Lui Jo.

* PRICES MAY NOT BE AS ADVERTISED 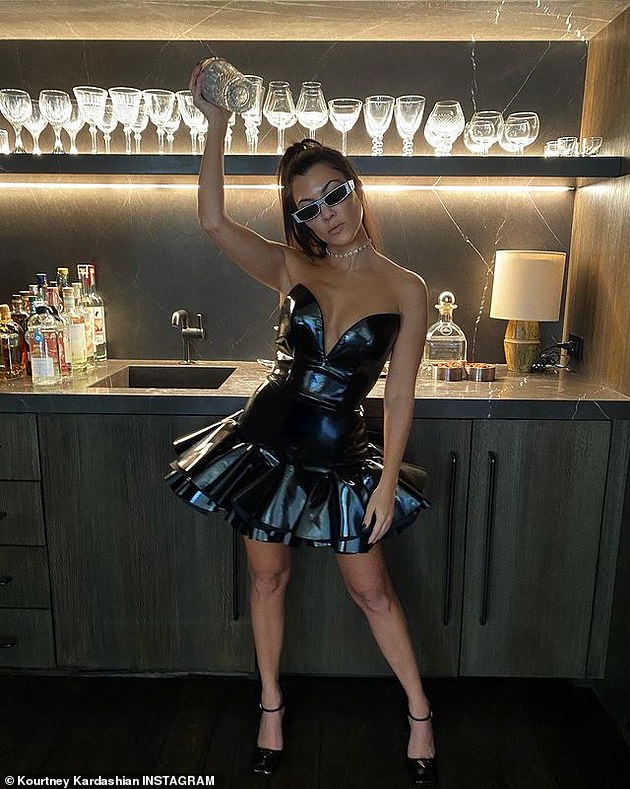 Cheers to the future: Kourtney Kardashian was cyber-punk chic in a flouncy patent leather dress as she celebrated New Year’s with a tequila cocktail on Thursday, seemingly separate from her younger half-sisters and mom Kris

The day earlier the makeup mogul shared a sweet Instagram of her and Kendall snowboarding together.

Kendall, Kylie and company were joined by mom Kris Jenner and her partner Corey Gamble while older sisters Kourtney, Kim and Khloe Kardashian appeared to stay home with their children.

The Poosh founder sizzled as she shared a shot of herself modeling a plunging patent leather dress and toasting to 2021 with some tequila.

Meanwhile, sister Khloe Kardashian seemed to be home in Southern California, posting a shot from her home gym on Thursday.

And Kimberly Noel Kardashian also appeared like she was in Calabasas, posting her favorite pieces of her closet and modeling the latest Skims collection on her Instagram Story. 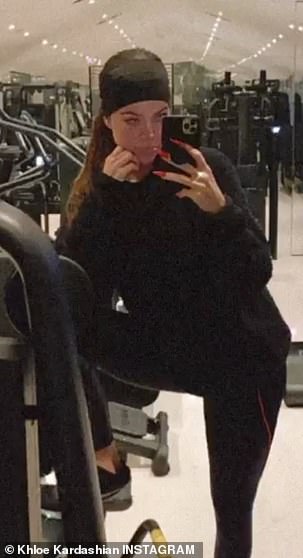 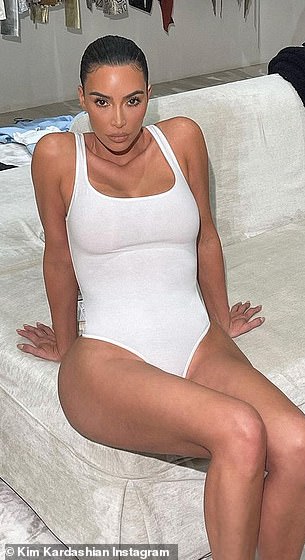 Sister act: Kourtney, Kim and Khloe meanwhile seemed to have stayed in SoCal 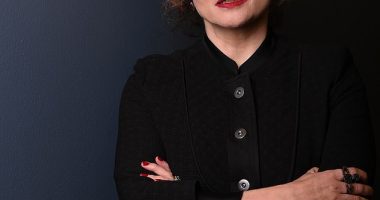 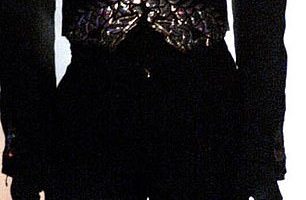 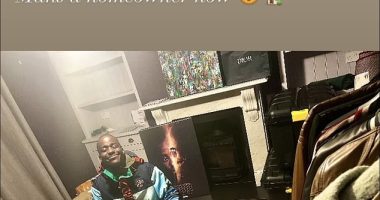 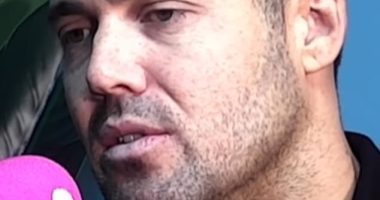