They were forced to end their West End run early at the height of the COVID-19 pandemic.

But Louise Redknapp was reunited with her co-star Amber Davies on Wednesday as they enjoyed a boozy night of cocktails which they documented on Instagram Stories.

The pair – who starred together in 9 to 5: The Musical – shared a slew of snaps and videos from their fun-filled evening together, six months after theatres were forced to close due to the crisis. 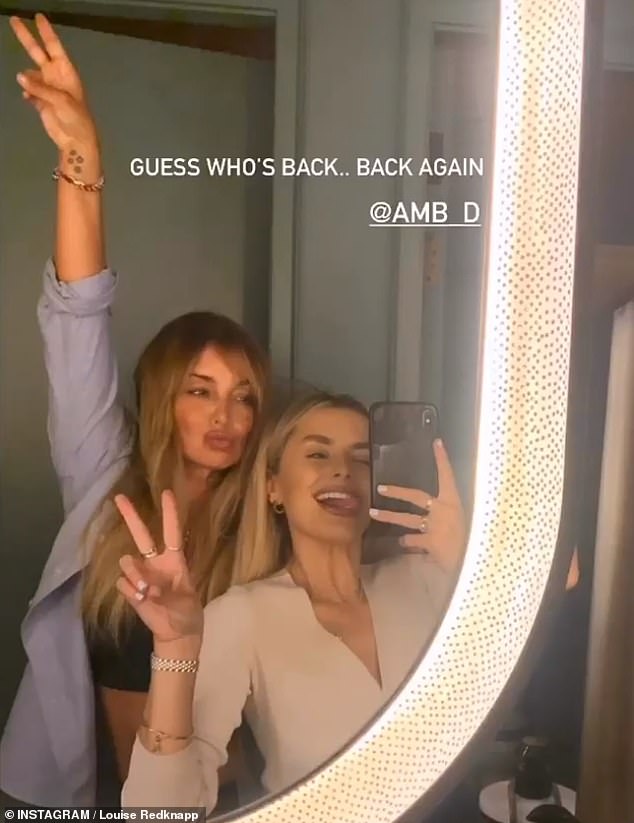 Best friends: Louise Redknapp, 45, was reunited with her 9 to 5: The Musical co-star Amber Davies, 22, on Wednesday as they enjoyed a boozy night out

Amber shared a boomerang video of her and Louise toasting their drinks as they enjoyed a night out together.

The former Love Island star shared a glimpse of her evening look on her Stories, including a cropped nude cardigan and boyfriend jeans.

Amber then shared a fun video of her and Louise posing by the mirror, with the caption: ‘Oh it feels good.’ 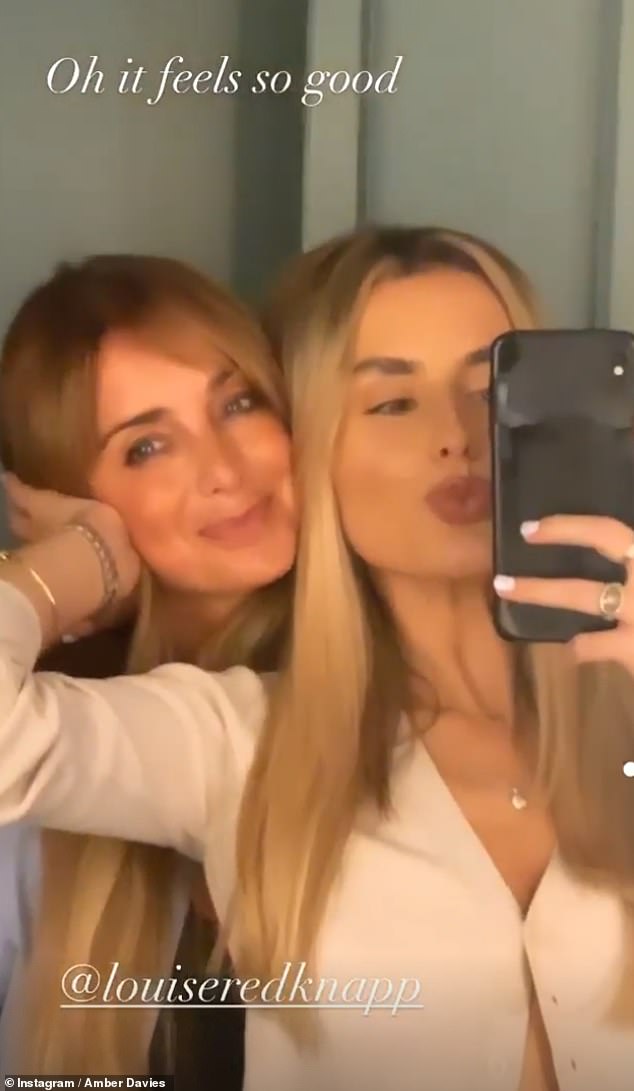 Friends: The duo took to Instagram Stories to document their night out as they posed by the mirror for a slew of snaps and videos 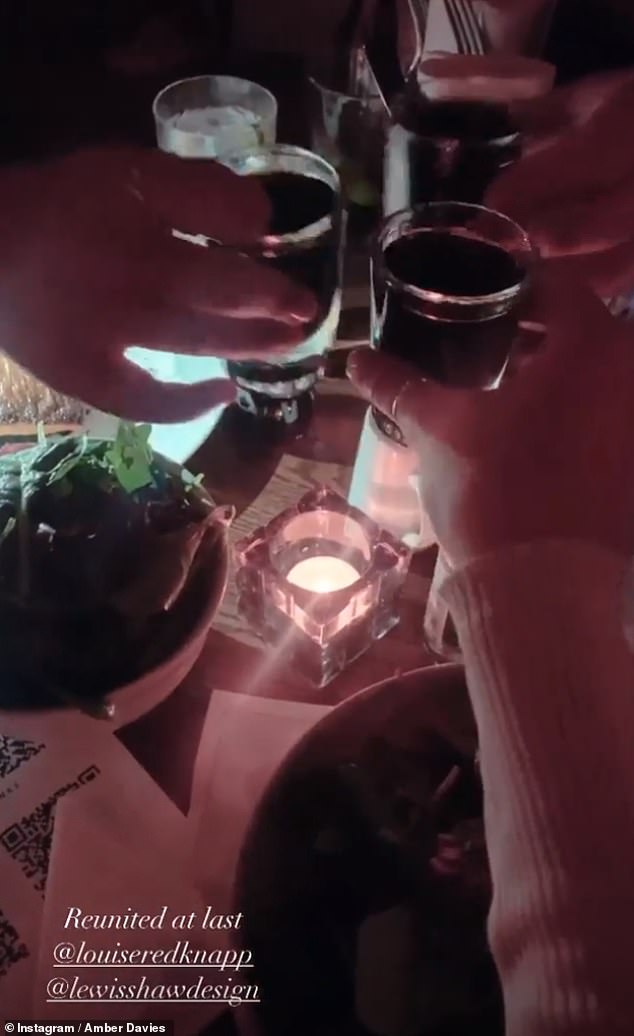 Cheers! Amber also shared a fun boomerang of her and Louise’s drinks as they toasted their glasses

Louise also shared a pair of snaps with her former stage co-star, alongside the caption: ‘So good seeing my girl @amb_d.’

The singer also shared a snap of herself and Amber striking a fun pose, dubbed to the Eminem track Without Me.

9 to 5: The Musical – based on the 1980 Dolly Parton film of the same name – was forced to end its West End run early after the coronavirus outbreak hit. 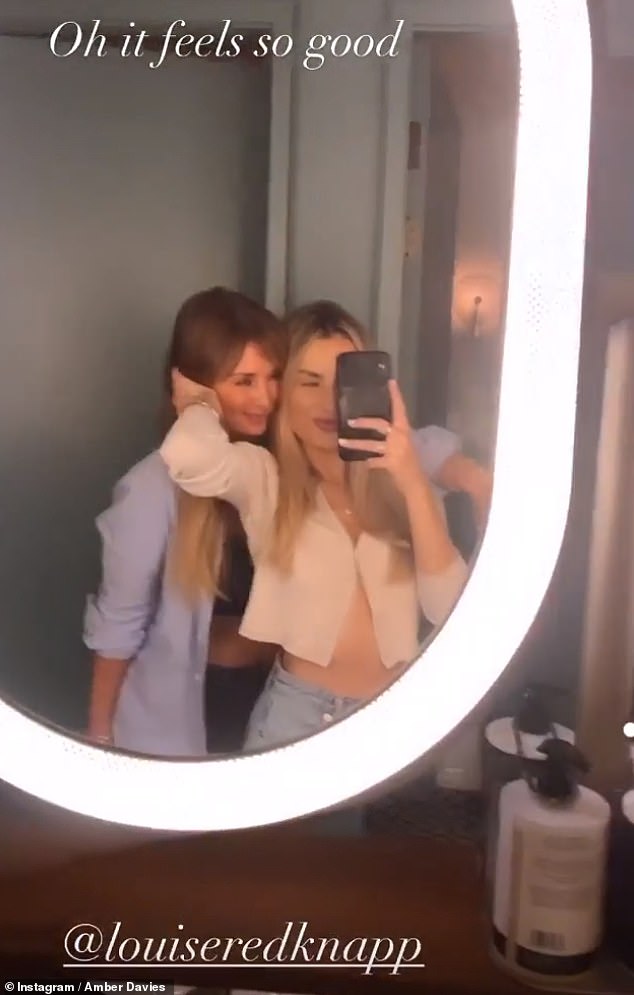 Say cheese! The duo’s West End run on 9 to 5 was forced to close early after the COVID-19 outbreak hit in late March

The show faced is fair share of drama after Louise was originally forced to pull out of the lead roll, after fracturing her wrist in a ‘nasty fall’ in January 2019.

Following her ‘nasty’ trip, Louise was instructed by doctors to pull out of the show, and was replaced by Caroline Sheen during her absence.

However Louise later returned to the show several months later, which also starred Brian Conley and even David Hasselhoff. 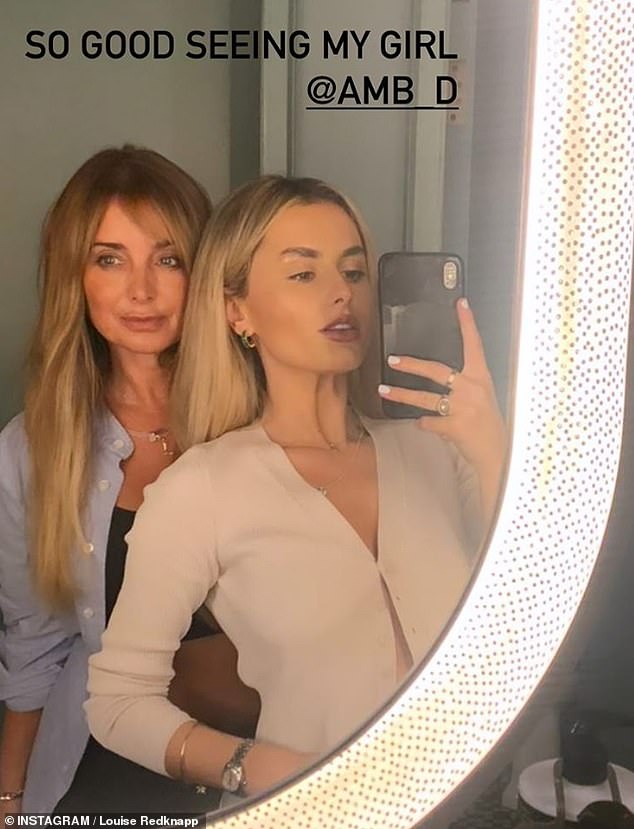 Smile! Louise and Amber posed up a storm together in the mirror, clearly thrilled to be reunited

Runny nose is NOT a sign your child has coronavirus, top medic blasts