Zulum, Sanwo-Olu are Vanguard’s Personality Of The Year

Borno State governor, Babagana Zulum and his Lagos State counterpart, Babajide Sanwo-Olu have been named Vanguard’s Personality Of The Year.

HIS name rings a bell across the landscape of Borno and Nigeria. Many Nigerians have never met him face to face but his strings of achievements anchored on people-oriented projects have made Governor Babagana Umara Zulum of Borno State a household name in the country, drawing ceaseless applause for him.

But he remains a very simple and an unassuming man despite the strategic work he has been doing to change the face of Borno State and restore hope to a people traumatized by ceaseless attacks unleashed by the Boko Haram fighters. Governor Zulum came to the scene at a time when the morale of the people and their psyche had been battered by the malevolent elements who have continued to distract the polity, steal and destroy whatever is of good report and of value to the citizenry.

If the governor had not been on the side of the people, he could have chosen to resign to fate and sit back to moan the atrocities being waged against the state and its people by Boko Haram. But he has refused to act and behave as a normal Nigerian politician who seeks self gratification over nation and people.

Zulum has chosen to make a difference in the lives of his subjects and add value to them rather than play crass politics and smile to the bank at the end of the month. The governor has chosen service over propaganda and quality and verifiable projects to add value to his people instead of propaganda which many of his contemporaries deploy as a survival strategy in governance.

The 50-year-old Agricultural engineer, who himself, has tasted poverty and hardship, chose to embark on projects that impact directly on the lives of the people. And, the projects are many and widespread across the length and breadth of the state.

They are verifiable and physical for even the blind to see, touch and feel their presence. The projects touch all aspects of development, with education topping the list apparently because the governor comes from the ivory tower where he has made a mark as a professor of agricultural engineering.

The statistics speaks for itself: “On education, Professor Babagana Umara Zulum undertook 76 capital projects in one year. He created and built 21 primary, secondary and sub-tertiary schools in 13 local government areas. These include a new 60-classroom mega primary school at Njimtilo; 30-classroom mega school at Ajilari Cross, another at Abuja-Sheraton community; yet another in Askira.

“All of these were started and delivered within one year. Six additional new schools were delivered while 11 are at various levels. Fifty five existing schools were completed, reconstructed or rehabilitated and equipped across the state. Beyond infrastructure, Zulum regularly appears in schools unannounced. He takes teachers roll call to instil discipline and restore the glory of public school system in Borno State,” a report written about him captures boldly.

In the area of health care delivery, the governor has also left an indelible mark within the short time he has spent in the state. “In his first year, Professor Babagana  Zulum accorded greater priority to primary healthcare at the grassroots level. In that sector, Zulum undertook 46 projects, from which 37 new primary healthcare centres, PHCs, were established in 17 local government areas.

Twelve of these new PHCs have been completed while 25 are at various stages. Zulum reconstructed two primary healthcare centres in Tungushe and Walama; and rehabilitated the state’s Psychiatric and Skin Disease hospitals. Zulum rehabilitated two hospitals in Rann and Lassa; and upgraded Biu General Hospital to a specialist level. The Umaru Shehu Specialist Hospital was also remodelled. Zulum also established and funded a Contributory Healthcare Scheme to increase access to quality and affordable healthcare services by the people of Borno State.”

In the area of housing, the state governor did not disappoint the people who are in dire need of shelter arising from the continuous destruction of their places of abode by Boko Haram terrorists without provocation. According to records, in one year, Professor Zulum delivered no fewer than 6,544 rural and urban houses under 21 projects.

Already completed are duplexes for professors; three bedrooms for senior lecturers; two bedrooms for junior staff and a mega hostel for students, all at Borno State University. Zulum also delivered 20 bungalows and 50 houses for staff of the University of Maiduguri. At a larger scale, Zulum completed 500 low-cost re-settlement houses at Ajiri and 250 in Kawuri Township. A total of 3,000 low-cost houses are ongoing in Monguno; Guru-Soye; Kawuri village; Auno and Gamdu.

Similarly, the governor did not disappoint in the area of water supply, a key component of development in the state, which relies heavily on water for agriculture and consumption due to its climate. In one year, the administration of Zulum drilled no fewer than 213 new boreholes alongside distribution lines in 17 local government areas and also rehabilitated 122 dysfunctional boreholes in Jere, Konduga and MMC. He also approved the maintenance of 204 existing boreholes within Maiduguri and Jere.

This brings to 539 boreholes in 26 LGAs, all of which were collapsed under 25 projects. At different times, Zulum undertook 13 other projects maintaining underground reservoirs, low-cost estate, Alau Raw Water Facility and above all, the Maiduguri Water Treatment Plant, for the benefit of Borno’s multi-ethnic residents.

The governor has also extended impacted the area of security, agriculture, and infrastructure to ameliorate the suffering of the people who have come under constant attacks by terrorists in the state. Governor Zulum has through hard work, commitment and dedication to his people, emerged as a true servant/leader.

IN a world disrupted and recreated by COVID-19 pandemic, two classes of people hold the key to normalcy: the citizen and the state. The latter represents political leadership in the forefront while the populace constitutes the former.

Even though both stand on the precipice of uncertainties caused by COVID-19, leadership is a lot more critical. In fighting the kind of novel battle posed by coronavirus, flawed leadership is any society’s weakest weapon. And Lagos, a city of over 20 million people couldn’t have afforded that. The fears, disruptions, and confusion that came with the pandemic, demanded more than just conventional leadership.

It was such that necessitated an “incident commander,” and Lagos found one in Governor Babajide-Sanwo-Olu. Like most leaders of gateway cities across the globe, the pandemic, especially in its early stage, unleashed an unprecedented burden of responsibility on the Lagos State governor. It was so given the status of Lagos as the gateway to Nigeria, or better still, the doorway to Africa’s most populous nation. For a public health challenge never seen nor envisaged, the berthing of coronavirus on February 28, 2020, in Lagos, literally placed not only the fate of 20 million Lagosians in Sanwo-Olu’s hands, but also all Nigerians. Having inherited a state with decayed road infrastructure, increasing traffic gridlock, especially on the Apapa corridor and other social problems, the pandemic posed a much bigger problem.

While many leaders globally were caught unprepared, Sanwo-Olu probably heeded the advice of the late fourth-century writer, Publius Vegetius, who said: “In time of peace prepare for war.” The governor, who assumed the position of “Incident commander” shortly before Nigeria’s index case, was indeed battle-ready.

According to him, “in January, specifically, after we’ve cleared off the budgetary matters, the commissioner said to me that the pandemic was coming and it would get to us and what we needed to do was to activate a few things and I agreed with him.

Without any existing model for responding to such a challenge, he braved the odds, fighting fears, anxieties, prejudices, and creating response mechanisms. The state’s capacity for response and management of infectious diseases such as COVID-19 was expanded through various policy actions.

As other parts of the country panicked and wished it never spreads beyond Lagos, Sanwo-Olu, assumed a very visible role, evolving strategies, and providing key information to a frightened populace. Unknown to many, apart from science, information is very critical in managing public health crisis.

To quote Dr. Adaeze Oreh, an infectious disease expert, who spoke to Vanguard in the early days of the pandemic: “Gaps in communication encourage a lot of speculation and the unfounded circulation of baseless messages that not only lack merit but are designed to generate fear and panic. However, by strategically making information, especially on preventive measures available to the public consistently, concrete and evidence-based messages take ownership of the airwaves, especially in this era of social media. It is also important at the national and state levels to communicate clearly and consistently to the public.”

This, Sanwo-Olu, provided through data-driven daily updates, which supplied essential information when it mattered most. People around the country looked up to Lagos, making the state a model when the virus eventually spread to other states. When fears clouded the city, Sanwo-Olu alongside his team exhibited hope and faith – they stood in the gap.

To his credit, an ordinarily tumultuous populace embraced discipline – a critical factor in taming the pandemic. The timely lockdown, surveillance, contact-tracing, and application of sanctions, were effectively driven by the governor. Just like the late British wartime Prime Minister, Winston Churchill, who in Britain’s darkest hour, roused Britons to defiance, Sanwo-Olu even while down with COVID-19, still leads Lagosians in the battle from isolation. Therefore, Nigerians owe the absence of exponential infections and fatalities to the deeds of people like the governor and other factors. Hence, Vanguard recognises him for symbolising the determination to fight hard and ultimately defeat COVID-19. 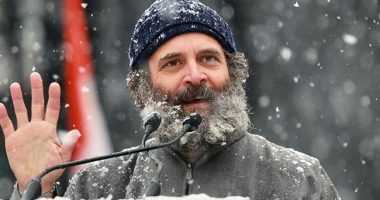 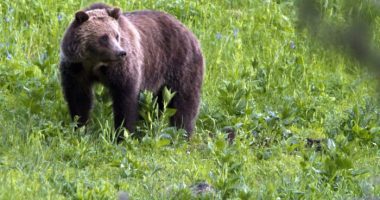 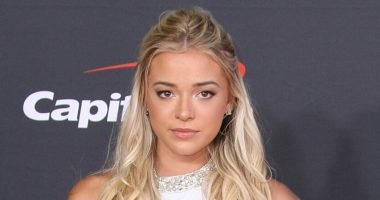 Olivia Dunne shows off her gymnastic skills following a leg injury! The… 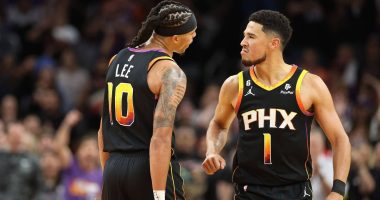