What Is Amber Turd Meme? After Johnny Depp’s team revealed the photos in court, the Amber Turd Meme quickly went viral on Twitter and Reddit. Get a better understanding of the meme joke below!

The former husband and wife divorced in 2016 after a poisonous and tumultuous marriage. Two years later, Amber wrote an opinion piece for The Washington Post about her experience with domestic violence.

While she didn’t mention Johnny by name, it was clear that her article was about him. Naturally, he filed a defamation suit against her.

The trial finally went to court four years later, and boy is it juicy. Leave it to two actors to have one of the most epic and dramatic cases in history and the Internet to respond with some hilarious memes.

What Is Amber Turd Meme?

Amber Heard Revenge Poop, also known as Amber Heard Turd or Amber Heard Poop, is a rumored incident in which actress Amber Heard or one of her pals allegedly pooped in Johnny Depp’s bed on her birthday in 2016.

Depp claimed it was a Heard joke, which Heard denied, claiming it was one of their Yorkie dogs. The tale and images were used against Heard in the Amber Heard vs. Johnny Depp trial 2020 and 2022.

The event in early 2022 sparked outrage and memes on social media, with the hashtags #MePoo and #AmberTurd trending in late April 2022 on Twitter.

On July 14, 2020, news agencies such as Page Six stated that during the 2020 London trial between Heard and Depp, evidence arose that Heard or one of her pals had allegedly pooped in Depp’s bed.

Following a fight between the two, the incident occurred on her 30th birthday, April 21, 2016. Amber Heard’s excrement was photographed and submitted to the court by Depp’s legal team.

Hilda Vargas, the couple’s cleaner, had to prepare a court statement saying that she came to the celebrity’s apartment around 3 p.m. the day after the birthday party to find poop on the bedsheets.

Immediately after the incident of Amber Heard was revealed to the court, people started making Amber Turd memes that went viral on Twitter and Reddit.

After the evidence against Heard was presented in 2020, her legal team refuted the allegations, claiming that neither the actress nor her pals were blamed for the poop.

Instead, many speculated that Depp was the mastermind behind it. On July 14, 2020, Twitter user truthhurts06 tweeted two photographs of the poop, which received over 1,000 likes in less than two years.

Truthhurts06 claimed in a tweet that Heard blamed it on their dogs, but truthhurts06, among others, did not trust the explanation, arguing it was too large to be from a Yorkie.

The story was not repeated in its entirety until April 2022. The images and tales were used as evidence in the trial between Heard and Depp in Fairfax, Virginia on April 20, 2022.

Johnny Depp’s team provided the photos of Amber’s poop to the court, which was the origin of the Amber Turd meme.

YouTubers could record and publish Depp’s recounting of the story because the trial was nationally televised.

The topic trended in memes and social media for the rest of April after the proof was made public on April 20, 2022.

On April 20, for example, Twitter user Erikodex shared a photo of Heard kissing one of her Yorkie dogs with the caption, “Amber and Johnny’s dog debating who crap the bed.” 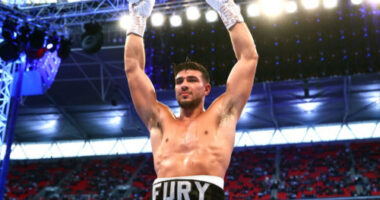 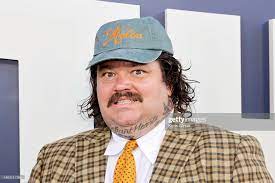 Let’s discuss “Who Is Matty Matheson From “The Bear”?”  One of the… 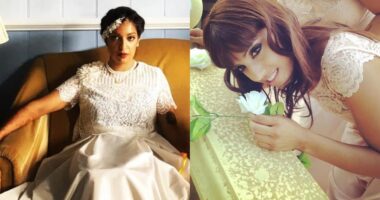 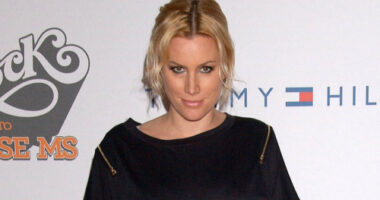 According to the Government data, there were 1,076 confirmed cases of monkeypox…

CEO and founder of U.S. Nikola, Trevor Milton speaks during presentation of…

Who Is Joshua Graves From Ottawa? Joshua Graves, the son of the…
Share on Social Media
twitterfacebookpinterestlinkedintumblrredditwhatsapptelegram