Healthcare professionals with so-called ‘long Covid’ are urging the government to take the condition seriously as they add their voices to the thousands of people suffering from lasting effects of the virus weeks, and even months, after their first symptoms.

Junior anesthetist Linn Järte, of Swansea and GP Amy Small are among those sharing their often debilitating symptoms of ‘long Covid’, including brain fog, constant tiredness and memory loss.

In the case of Järte, the condition has left her ‘largely bed bound’ five months on from her first coronavirus symptoms. She said she is ‘entirely unable’ to carry out her profession.

Earlier this week, in a manifesto published in the British Medical Journal, a cohort of 39 doctors wrote of their battle with long Covid, and called for more research and clinical services to treat the symptoms of it.

Doctors reported it was ‘difficult to navigate help’ for these long-term symptoms and said there needed to be diagnosis adequate to gain access to services. 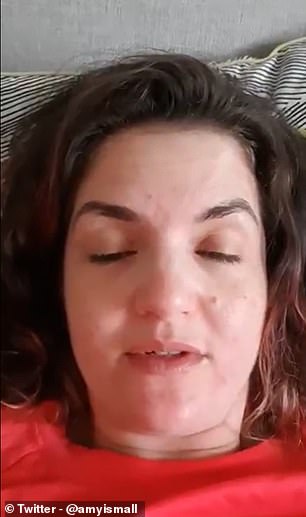 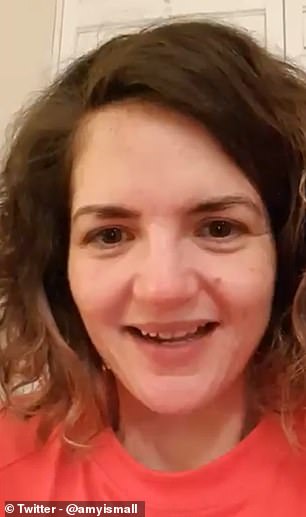 GP Amy Small posted a video of herself experiencing brain fog; saying she was unable to formulate words properly and had been slurring her words (left). A second video posted a few hours’ later sees Small speaking fluently with her ‘brain functioning properly again’ (right)

At the risk of looking like a complete idiot I’m posting 2 videos filmed yesterday. The first one shows how #LongCovid can cause PEM and brain fog. It may be subtle to those of you who don’t know me but was slurring words all over the place just before I switched on camera. pic.twitter.com/UZc53b7kDy

Nisreen Alwan, an associate professor in public health at the University of Southampton who has personal experience of long Covid, spoke about her experience in a virtual BMJ panel discussion about the condition.

She defined long Covid as ‘not recovering [for] several weeks or months following the start of symptoms that were suggestive of covid, whether you were tested or not.’

She noted ‘profound fatigue’ was a common symptom in most people but that the range of symptoms included cough, breathlessness, muscle and body aches, and chest heaviness or pressure, but also skin rashes, palpitations, fever, headache, diarrhoea, and pins and needles.

She added: ‘A very common feature is the relapsing, remitting nature of the illness, where you feel as though you’ve recovered, then it hits you back.’

Alwan described the fluctuations of her own illness, saying: ‘It’s a constant cycle of disappointment, not just to you but people around you, who really want you to recover.’ 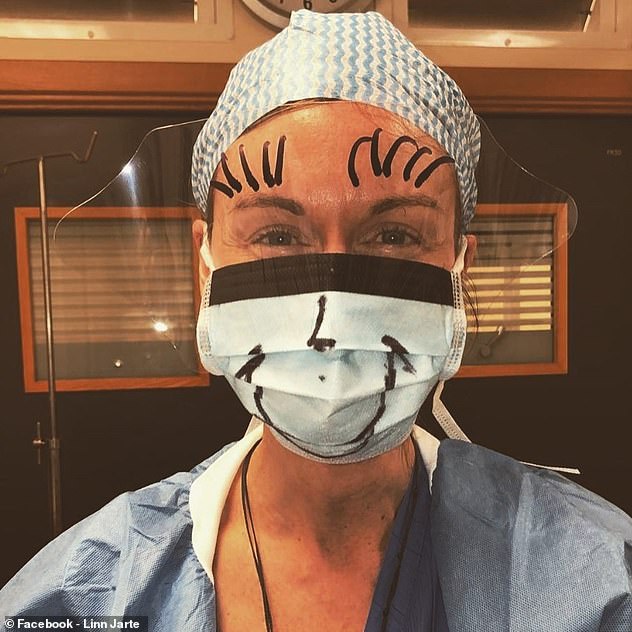 Junior anesthetist Linn Jarte, of Swansea, had Covid in February and says she’s still ‘unable to carry out my profession’ five months after catching the virus

This experience is echoed by thousands of Facebook users who have joined groups including the Long-Covid Support Group, which already has more than 21,000 members, and Post Covid 19 Syndrome Support (International), which has 3,600 members, in a search for greater support and answers to their health questions.

Are there long-term symptoms of Covid-19?

Covid-19 is described as a short-term illness caused by infection with the novel SARS-CoV-2 coronavirus. Public health officials tend to say people will recover within two weeks or so.

However it’s become increasingly clear that this is not the case for everyone, and that the two-week period is only the ‘acute illness’ phase.

Data from the COVID Symptom Study app, by King’s College London and health company Zoe, suggests one in ten people may still have symptoms after three weeks, and some may suffer for months.

For those with more severe disease, Italian researchers who tracked 143 people who had been hospitalised with the disease found almost 90 per cent still had symptoms including fatigue two months after first falling unwell.

The most common complaints were fatigue, a shortness of breath and joint pain – all of which were reported during their battle with the illness.

Another study in Italy showed one in ten people who lose their sense of taste and smell with the coronavirus – now recognised as a key sign of the infection – may not get it back within a month.

The study, published in the journal JAMA Otolaryngology – Head and Neck Surgery, involved 187 Italians who had the virus but who were not ill enough to be admitted to hospital.

The UK’s Chief Medical Officer Professor Chris Whitty has said the longer term impacts of Covid-19 on health ‘may be significant’.

Support group have popped up online for those who have suspected Covid-19 and your experience doesn’t follow the textbook symptoms or recovery time.

Louise Barnes, of Suffolk, who founded the Post Covid Syndrome Support Group, said members of the group have reported a total of 172 lasting symptoms.

Many have told how they have not been taken seriously by doctors when they present with symptoms of long Covid.

She posted: ‘Please help get the message out there that #LongCovid symptoms are NOT “anxiety”. Am hearing many heartbreaking stories of folk with neuro/resp/cardiac symptoms being told it’s “all anxiety”. It’s ok to say “I don’t know, but I’ll try to find out more”.’

To illustrate her point, she shared two clips of herself, one where she said she was enduring brain fog, and another feeling like her normal self.

She wrote: ‘At the risk of looking like a complete idiot I’m posting 2 videos filmed yesterday. The first one shows how #LongCovid can cause PEM and brain fog. It may be subtle to those of you who don’t know me but was slurring words all over the place just before I switched on camera.’

In the first video, Small appears tired as she describes her symptoms, saying: ‘I’m just struggling to speak properly and find the words, I guess it’s not always a visible thing that happens to people.’

She added she couldn’t ‘formulate words and the fatigue is just too much’. A second video posted a few hours’ later sees Small speaking fluently with her ‘brain functioning properly again’.

Meanwhile junior anesthetist Linn Jarte, who first fell ill in the middle of February, has also been reporting her own lengthy struggle to recover from coronavirus.

Writing in the Facebook group, she said: ‘This has taken almost everything that is me away from me. I’m completely unable to carry out my profession.’

Järte says she’s now apprehensive that her brain may never function in the way that it did before.

Paul Garner, a professor at the Liverpool school of tropical medicine added his experience, warning against exercising too heavily in the months after Covid. He wrote on Twitter: ‘Exercise Therapy was my life before Covid-19; now it is my nemesis.

‘Don’t try and exercise your way out of #LongCovid. Pace, Accommodate, Convalesce. When able, enjoy a gentle walk. Don’t push it.’

Speaking in the BMJ discussion he said it is a ‘very bizarre disease’ that had left him feeling ‘repeatedly battered the first two months’ and then experiencing lesser episodes in the subsequent four months with continual fatigue, according to the BMJ report on the discussion.

An article in the Irish Times featured Caroline O’Brien, a public health nurse who had a positive coronavirus test back in March. 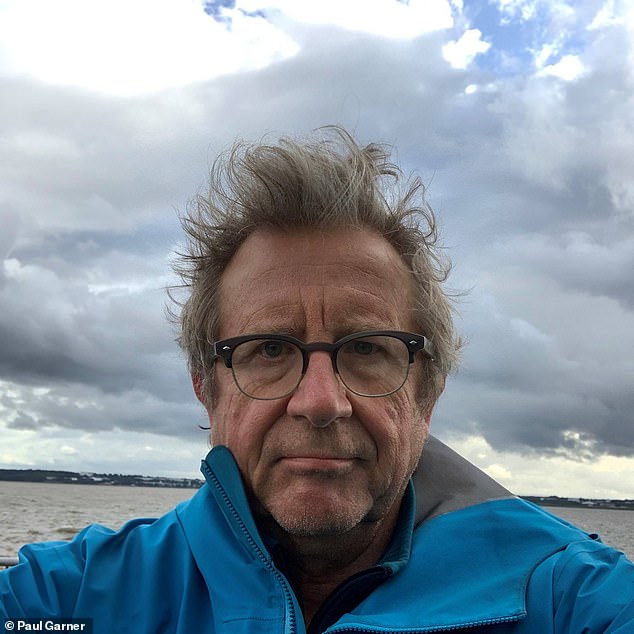 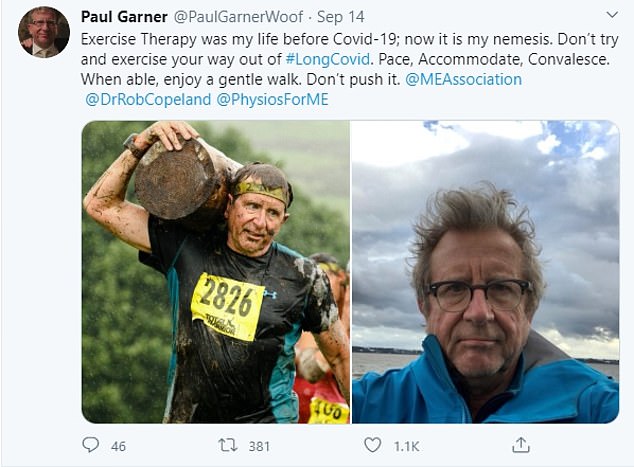 She said her recovery had been uncertain and prolonged, saying: ‘You just don’t know what’s going to hit you next.

‘Sometimes for me it comes in like a tsunami. I could be fine for two days and then it hits me. I feel like I’ve been run over by a train and with that comes my brain fog.’

Who’s most likely to have long Covid?

Tim Spector, professor of genetic epidemiology at King’s College London is leader of the Covid Symptoms Study, published in July.

He said in a BMJ panel discussion that long covid is about twice as common in women as in men, according to data.

He added the average age of someone presenting with it was about four years older than people who had what might be termed as ‘short covid.’

Research into the symptoms of Covid-19 is ongoing. Tim Spector, professor of genetic epidemiology at King’s College London is leader of the Covid Symptoms Study, published in July, which identified six different ‘types’ of Covid-19.

Speaking in the BMJ panel discussion, Professor Spector said data suggested there were two ‘types’ of Covid-19 most closely associated with longer term symptoms, indicating a possible way of predicting early on what might occur.

He explained: ‘If you’ve got a persistent cough, hoarse voice, headache, diarrhoea, skipping meals, and shortness of breath in the first week, you are two to three times more likely to get longer term symptoms.’

Meanwhile data suggests that long covid was about twice as common in women as in men and that the average age of someone presenting with it was about four years older than people who had what might be termed as ‘short covid.’

However he said these assumptions could be refined as more data is collected.

Fatigue is also the most common trait in people who had symptoms lasting longer than three weeks.

Another almost universal experience is that people have ‘good days and bad days’, with roughly 80 per cent of people reporting this, according to Nick Peters, a professor of cardiology at Imperial College London and a consultant cardiologist.

How Melbourne teenager made $60,000 in 30 days during lockdown by reselling items on ebay