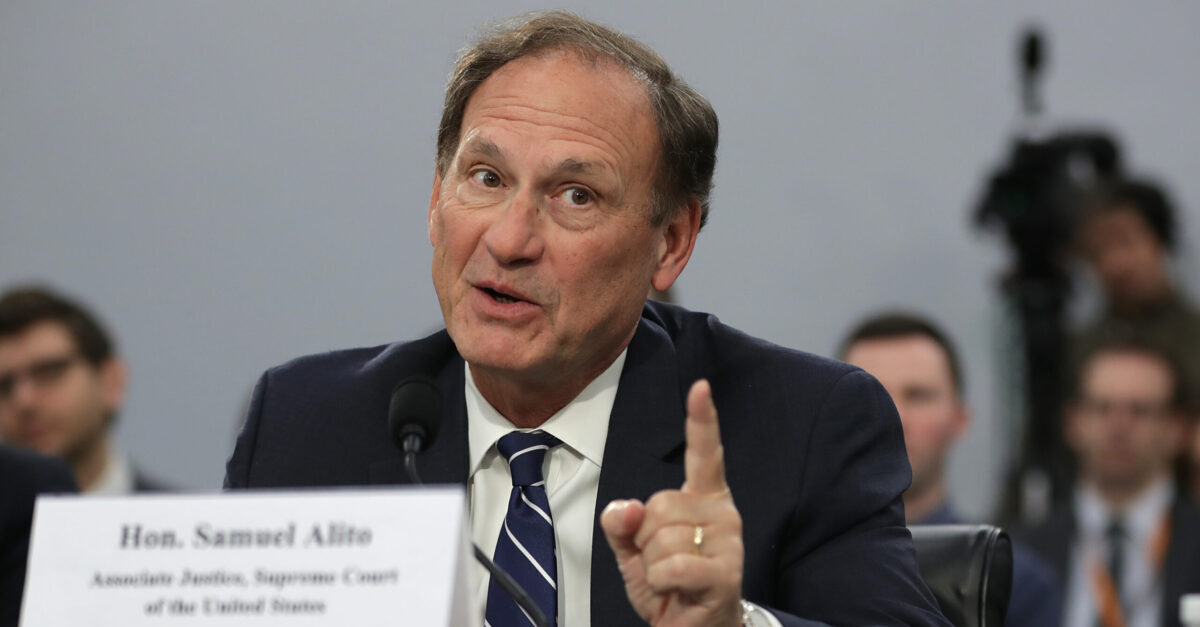 The Supreme Court’s conservative majority ruled 6-3 Thursday that “Miranda rights” are not really “rights” at all. Rather, the justices held that the Miranda rule is merely a “prophylactic” means to avoiding rights violations. As a result, the victims of Miranda violations cannot sue their offenders under the federal civil rights statute.

Vega v. Tekoh is a dispute between Terence Tekoh and the police officer who failed to Mirandize him and who allegedly coerced a false confession during the process of an initial interrogation.

Tekoh is an immigrant from Cameroon who was working as nursing assistant in a Los Angeles medical center when he was accused of sexual assault by a patient. The patient said Tekoh lifted her sheets and touched her vagina while transporting her within the hospital. The allegation was reported to the Los Angeles Sheriff’s Department, and Deputy Carlos Vega responded to investigate.

According to the factual record, it is undisputed that Vega questioned Tekoh in a small soundproof room and blocked the door and refused to allow anyone in the room during the questioning. The parties agree that Vega gave no Miranda warnings during the interrogation.

Tekoh claims Vega forced him into giving a false written confession by using profanity, racist slurs, threats of deportation, threats of violence, and lies about having video of the alleged sexual assault. By contrast, Vega claims Tekoh requested a private meeting with him and then voluntarily confessed.

Tekoh’s prosecution was twice unsuccessful. The first trial ended in a mistrial. The second time around, Tekoh was acquitted by a jury. During both proceedings, the prosecution introduced Tekoh’s confession which all sides agree was obtained without the required Miranda warnings.

Tekoh sued Vega and several Los Angeles County officials and entities under 42 U. S. C. §1983 and claimed that his civil rights had been violated. The district court ruled against him, but the U.S. Court of Appeals for the Ninth Circuit ruled for Tekoh. Now, the Supreme Court has ruled against him and in favor of the officer who failed to provide the warnings.

The justices voted along ideological lines, and  Justice Samuel Alito penned the 16-page majority decision. At the heart of the majority’s reasoning was that Miranda is a “prophylactic” rule that is meant to avoid violations of rights, but is not a stand-alone right unto itself. As a result, Vega’s failure to provide Miranda warnings may have been illegal, but cannot be the basis for a federal civil rights claim against the officer.

The justice examined the original Miranda decision and found that the “Miranda Court stated quite clearly that the Constitution did not itself require ‘adherence to any particular solution for the inherent compulsions of the interrogation process’ and that its decision ‘in no way create[d] a constitutional straitjacket.’” He also pointed out that exclusion of a defendant’s un-Mirandized confession is not even required in every situation. Accordingly, the majority found that Miranda warnings are “not themselves rights protected by the Constitution.”

Alito provided a retrospective of the post-Miranda SCOTUS cases that considered the issue of confessions taken without legal warnings. He concluded that past cases are united in considering Miranda rules “prophylactic” in nature. Alito said this determination explains the Court’s reason for “engag[ing] in cost-benefit analysis to define the scope of these prophylactic rules.”

What all this boils down to is basically as follows. The Miranda rules are prophylactic rules that the Court found to be necessary to protect the Fifth Amendment right against compelled self-incrimination.

This conclusion as to Miranda‘s status proved fatal to Tekoh’s civil rights claim.

Alito acknowledged that §1983 also allows claims based on deprivation of federal “laws,” and that the Miranda case could theoretically constitute such a “law” for purposes of §1983. However, Alito characterized such an interpretation as an “expansion” that he and the Court’s majority were simply unwilling to make.

Alito reasoned that prophylactic rules should only apply in some cases, when a cost-benefit analysis weighs in their favor. “[H]ere, while the benefits of permitting the assertion of Miranda claims under §1983 would be slight, the costs would be substantial,” Alito wrote. Moreover, he explained, suppression at trial is the right remedy for Miranda violations.

In a footnote, Alito pointed out that the Court’s decision in the current case could have gone far enough to foreclose the possibility that any prophylactic rules could give rise to §1983 claims. However the Court declined to do so as it was not necessary for the decision in Tekoh’s case.

By calling attention to this more moderate alternative chosen by the majority, Alito cast the Court’s decision as far more reasonable than what the dissent would suggest. “The dissent, by contrast, would apparently hold that a prophylactic rule crafted by the Judiciary to protect a constitutional right, unlike a statute that confers a personal right, is always cognizable under §1983,” Alito wrote. “There is no sound reason to give this preferred status to such prophylactic rules,” he continued.

Allowing Tekoh to assert a §1983 claim based on police’s failure to Mirandize him “would cause many problems,” said the majority. Chief among them would be to “disserve ‘judicial economy,’” to “produce ‘unnecessary friction’ between state and federal court systems,” and to cause procedural chaos.

Justice Elena Kagan penned the dissent for the usual trio — which Justices Sonia Sotomayor and Stephen Breyer joined in full.

Kagan’s dissent disagreed head-on with the majority’s central premise. Kagan wrote that the “well-known” protections afforded under Miranda “derive from the Constitution.” Case law, Kagan said, “tells us in no uncertain terms that Miranda is a ‘constitutional rule.’”

According to the dissenters, the Miranda rule “is ‘of constitutional origin,’” “has ‘constitutional underpinnings,’” and “sets a ‘constitutional minimum.’” Kagan noted that Miranda “operates in the real world” and that “Under Miranda, a suspect typically has a right to be tried without the prosecutor using his un-Mirandized statement.”

Kagan argued that the majority agrees with all this, but still arrived at a contrary conclusion.

She also raised the comparison of cases involving the dormant Commerce Clause (another context in which rights are implied, but not expressly stated). Kagan said that those cases, the Court has permitted rights deprivations give rise to §1983 claims. “And if a right implied from Congress’s constitutional authority over interstate commerce is enforceable under §1983, how could it be that Miranda—which the Court has found necessary to safeguard the personal protections of the Fifth Amendment—is not also enforceable?” she asked, then added,  “The majority again has no answer.”

Kagan ended her dissent with a harsh warning for what is to come from the majority’s ruling:

Today, the Court strips individuals of the ability to seek a remedy for violations of the right recognized in Miranda. The majority observes that defendants may still seek “the suppression at trial of statements obtained” in violation of Miranda’s procedures.  But sometimes, such a statement will not be suppressed. And sometimes, as a result, a defendant will be wrongly convicted and spend years in prison. He may succeed, on appeal or in habeas, in getting the conviction reversed. But then, what remedy does he have for all the harm he has suffered? The point of §1983 is to provide such redress—because a remedy “is a vital component of any scheme for vindicating cherished constitutional guarantees.” The majority here, as elsewhere, injures the right by denying the remedy.

Several court-watchers called the ruling “the death of Miranda rights” and a gutting of Miranda, as part of SCOTUS’ continued “annihilation of civil remedies for the violation of civil rights by state officials.”

While everyone is talking about the gun case, please consider Vega v. Tekoh: SCOTUS just said that if police fail to inform you of your rights, you can’t sue them.

This is the death of “Miranda rights.”

Good lord, we have Vega v. Tekoh. The Supreme Court just gutted Miranda, ruling that a person who did NOT receive the warning has NO RIGHT to sue the government for the constitutional violation.

The ACLU called the decision “dangerous” and warned that it “widens the gap between what the Constitution guarantees and what we can hold our government accountable for.”

NEW: The Supreme Court ruled today that you can’t sue the police for failing to read your Miranda rights to you.

This dangerous decision widens the gap between what the Constitution guarantees and what we can hold our government accountable for. 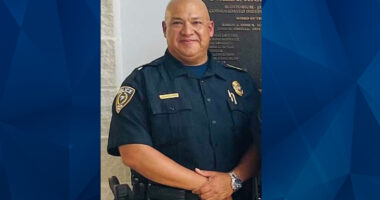 Officials said the room the gunman barricaded himself in was unlocked —… 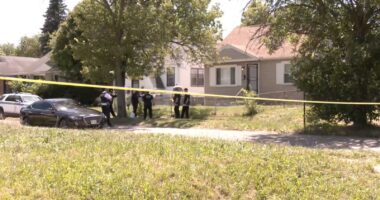