When Title IX was signed into law in 1972, neither its supporters nor its detractors were thinking about sports. The law, just a short clause within a larger package of legislation, was intended to address systemic gender inequities in education, especially in admissions at colleges and graduate programs.

It was only later that lawmakers and athletics departments realized that Title IX’s mandate—that no one be subject to discrimination on the basis of sex in any educational program or activity receiving federal funds—would have broad implications for sports, from the youth level to university athletics.

Fifty years later, participation numbers for women and girls in sports have grown exponentially, and U.S. women’s professional sports are on the rise. But it isn’t just those who made the varsity team or landed an athletic scholarship who have benefited from the law: Title IX spurred a cultural shift that empowered women and girls to rethink their relationships to their bodies and to see themselves as athletes, whether they were getting sweaty for fun, for fitness, or for competition.

In other ways, however, Title IX hasn’t lived up to its promise. Vast gender inequities still exist in sports due to widespread lack of compliance with the law, and white women and girls have benefited far more than those of color. Meanwhile, recent legislation across 18 states bans or threatens to ban transgender or nonbinary athletes from competition, raising questions about whether Title IX will be used to fight for this marginalized group or be weaponized against them.

In 1972, opportunities for girls and women to play sports were few: Just 294,000 girls in the U.S. played high school sports as compared to over 3.6 million boys, and fewer than 30,000 women played college sports, with most schools giving no or very few athletic scholarships to women, according to the Women’s Sports Foundation.

But don’t be mistaken: Though athletic opportunities for women have skyrocketed, women have always played sports, says Amira Rose Davis, an assistant professor of history and African American studies at Penn State University and co-host of the feminist sports podcast Burn It All Down. They just often didn’t have a safe place to do so, she says, and had to look for “places to do it without other people telling them how their body should move or what sports they should play.”

Indeed, pre-Title IX there was a “hysteria” around women playing sports or even just exercising, says Hartman, pointing to the myth that a woman’s uterus could fall out if she ran too far, and the idea that women shouldn’t bike because they might make an unpleasant face while doing so. Women had find ways to “be physical while maintaining the norms of femininity,” she says

Title IX—along with a larger cultural shift around bodily autonomy and femininity, including the women’s liberation movement and the passage of Roe v. Wade—began to reorient women’s relationships to their own bodies. This marked an uptick in all kinds of physical activities for women, like cheerleading and competitive dance, and the rise of the fitness industry as we know it today, beginning with aerobics and jazzercise, says Davis. (Today, around 60 percent of young adult women are physically active, according to a recent study.)

By the ’90s, women’s professional sports flourished, with the WNBA’s founding in 1996 and the success of American women in soccer, basketball, hockey, and other sports at the 1996, 1998, and 2000 Olympics and the 1999 World Cup. With these budding programs came new women’s sports fans, and a new culture of sports fandom. Even those women who never participated in sports or fitness themselves gained something, points out Hartman. By watching women athletes be powerful, other women could feel like their bodies were powerful, too. “Title IX opened up spaces for women to really reorient how we feel about our bodies from being things that have to have babies or take care of others to being strong and powerful. Even if women don’t necessarily participate,” she says.

And Title IX babies weren’t just graduating into success in sports, but success in life. A recent study of 400 female corporate executives found that 94 percent of them had played sports in school, and those who had earned seven percent more. Playing sports has also been linked to better physical health, better grades in school, higher graduation rates, and greater confidence and self-esteem—benefits that before Title IX were largely unavailable to women and girls.

Where we still have to go

Girls today have many more opportunities to play sports than they did 50 years ago. But they still don’t have as many as boys did back in 1972, and girls’ participation in high school sports still trails boys’ by almost one million, according to a recent Women’s Sports Foundation report.

And though women make up almost 60 percent of enrolled college students, they only make up 44 percent of college athletes. In 2019-20, male athletes received $252 million more in athletic scholarships than female athletes.

These inequities persist at least partially because Title IX has no teeth. The Department of Education is largely reactive rather than proactive in investigating noncompliance, and no institution has ever had their federal funding revoked because of it. (Hartman says it’s believed that around 80 percent of institutions are out of compliance with Title IX.)

A recent study from USA Today shows that many top universities are systemically rigging numbers to appear in better compliance with Title IX, by counting men who practice with women’s teams as women, double- and triple-counting women athletes, and packing women’s rowing teams with unnecessary athletes who never compete and often don’t even practice.

It’s not just the opportunity gap at many of these institutions that violates Title IX; it’s also the quality of those opportunities. The USA Today study found that for every dollar colleges spent on travel, equipment, and recruiting for men’s teams, they spent just 71 cents on women. Even highly successful women’s programs, such as the University of Oregon basketball team, flies commercial while the less-successful men’s team flies charter. The University of Connecticut women’s basketball team, perhaps the most dominant team in the history of college sports, receives almost a million dollars less in funding than UConn’s men’s team. (Title IX did help during the pandemic, when women’s teams were often first on the chopping block when budget cuts were necessary. In at least nine lawsuits, athletes were successful in challenging cuts to their programs.)

In some instances, Title IX has resulted in steps backwards. Before 1972, 90 percent of women’s collegiate teams were coached by women (though these positions were often unpaid or underpaid). Once these jobs became more lucrative, women were largely pushed out, and today make up only 41 percent of head coaches for women’s teams in the NCAA. Title IX also had the unintended consequence of disrupting the spaces in which women were already playing sports, says Davis, such as historically Black colleges and universities, which had robust women’s basketball programs pre-Title IX but struggled to compete with larger schools once they began investing in women’s teams.

And perhaps unsurprisingly, not all girls and women have benefited equally. White, suburban girls have been the greatest beneficiaries, with fewer opportunities available to girls of color, girls with disabilities, girls in rural and urban areas, and LGBTQ+ athletes. Not all sports have grown equally either. Those that have seen the biggest increase in girls’ participation have been the least accessible, such as tennis, golf, swimming, and field hockey, says Davis. Those where Black women are overrepresented—basketball and track—have grown the least.

There’s, of course, no Title IX holding professional sports accountable, where large gender gaps in pay and treatment persist. And in the media, women’s sports stories make up only about four percent of coverage, a number that has not budged over the last 30 years. When women athletes do receive coverage, points out Hartman, it is often tied to their motherhood, or their social justice work, rather than their athletic prowess. (This lack of coverage not only perpetuates disparities, but creates an environment where abuse is more likely to occur, says Davis.)

“A lot of the fight in professional sports is still about getting the basics down,” Davis says. “It’s been 50 years, and a lot of the conversations and battles feel like they could be happening 25 years ago, or 45 years ago.”

Progress in women’s sports can feel like one step forward and three steps back. Still, there’s been meaningful gains recently, such as the U.S. Women’s National Soccer Team finally winning its fight for equal pay; new collective bargaining agreements for the WNBA and National Women’s Soccer League that raise salaries and include benefits like fertility treatment and paid parental leave; and the NCAA working to equalize men’s and women’s championships after a viral TikTok called out glaring discrepancies in the weight rooms at the two basketball tournaments last year.

And while the mainstream sports media may continue to ignore women, women are creating their own outlets. Davis points to a growing number of podcasts focused on women’s sports, and sites like Just Women’s Sports are filling the gap with an exclusive focus on women.

Title IX may even finally get its teeth: Congresswoman Alma Adams is at work on a federal bill to strengthen enforcement of the law, which will be introduced on the 50th anniversary of Title IX’s passing, June 23.

“Title IX is complicated and incomplete. But it is absolutely a foundation on which to build,” says Davis. “It’s just as ripe with possibility as it was 50 years ago. It’s about making those ideas actionable and tangible and real.” 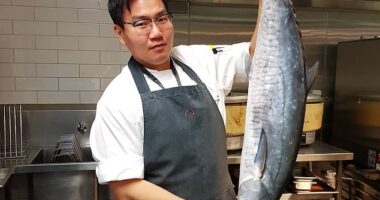 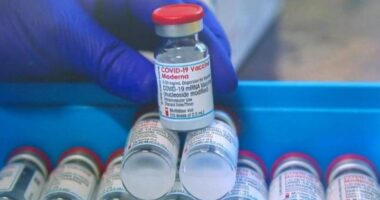 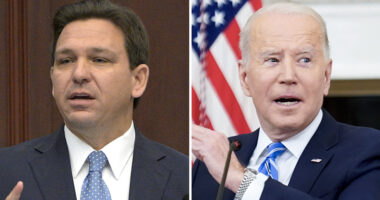 What’s it like to be a retired Westminster Kennel Club Champion? For last… 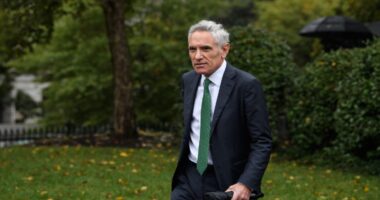