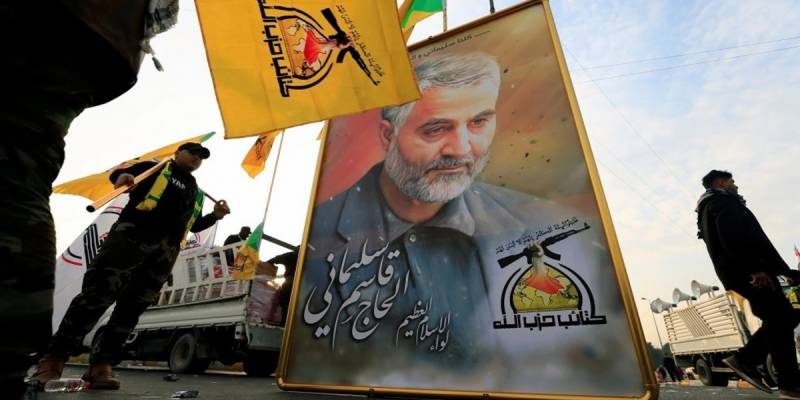 Iran has blamed a British security firm and US airbase in Germany for the killing of Maj. Gen. Qassem Soleimani, head of the Quds Force of the Revolutionary Guards in Iraq.

According to details in a news conference, Tehran Prosecutor Ali Alexismehr, without providing evidence, claimed that G4S, a London-based security service company, played a role in the assassination of Qassem Soleimani, along with Iraqi Commander Abu Mehdi Al-Mohandes.

According to the judiciary’s official news website Meezan, he quoted Baghdad International Airport as saying that agents of the company had passed on information about General Qassem Soleimani and his fellow fighters to terrorists as soon as they entered the airport.

The British company confirmed that he was in charge of the Iraqi Civil Aviation Authority as an outsourced “multiple security services” at the time of the assassination, but denied the Iranian prosecutor’s allegations.

A G4S spokesman said: “The allegations are baseless and speculative. The G4S wants to make it clear that the company had absolutely no hand in the January 3, 2020 attack on Qasim Soleimani and his associates.” ‘

The Tehran prosecutor also said that the US airbase in Germany “provided information on the direction of the drone for the attack and handed over the data of the drones to the US forces”.

It should be noted that this base serves as the headquarters of the US Air Force in Europe in addition to the NATO Allied Air Command and has been working as a control centre for US drone operations in West Asia for some time.

Tehran’s prosecutor said Iran would continue to pursue those who ordered and attacked Qasim Soleimani.

He named 45 Americans involved in the operation and said he would use all legal means, including Interpol, to arrest them.