CHICAGO (WLS) — A man was charged with shooting a Chicago police officer on the Near West Side, CPD said.

Jalen Vales, a 27-year-old convicted felon, was charged with attempted first degree murder and aggravated battery of a peace officer, police said. He was scheduled to appear in bond court Saturday.

The CPD officer was seriously wounded during the Friday morning incident.

Uniformed officers were responding to a domestic call just before 8:30 a.m. in the 1300-block of West Taylor Street prior to the incident, CPD Superintendent David Brown said.

Authorities said a woman called 911, claiming her daughter was texting her, saying that her live-in boyfriend, who was known to be armed, had assaulted her.

As soon as the officers got off the elevator in the Taylor Street Apartments, they were fired upon, Brown said.

A male officer who is a 15-year veteran of the department was shot multiple times.

CPD officers did not return fire. There were at least two other people inside the residence.

Brown said this was simply an ambush attempt and officers had no time to react.

“This was a straight up execution attempt. This officer did not unholster his weapon, he had no time to react. The elevator doors opened and the offender just started shooting. He tried to kill him,” said John Catanzara, president of the Fraternal Order of Police.

A University of Illinois at Chicago officer also responded to the call and helped take the injured officer to Stroger hospital, “likely saving his life,” Brown said.

“It highlights the bravery and courage our officers commit everyday,” he added.

The officer was listed in serious condition later Friday morning and was undergoing surgery as he recovers from several gunshot wounds. He is considered stable.

“He’s recovering, but, more importantly, we are asking for prayers for this family,” Brown said.

“We have to remember officers every single day are risking their lives for our safety and today underscores that,” Mayor Lori Lightfoot said.

A resident of the apartments who did not want to be on camera said he saw at least one man run into the neighborhood and try to hide.

“I came out the front door saw the guy laying on the ground. They put the tourniquet on him so he would stop bleeding,” the witness said. “I don’t know if he got shot or stabbed or whatever, I don’t know.”

Minutes after the shooting, over a dozen officers converged on a man seen lying shirtless on the ground with his hands on his head, according to video from the scene. He was taken into custody in the 1300-block of West Washburne Avenue and a gun was recovered after a search, Brown said.

Brown said he was a “convicted felon.” He suffered an injury to his wrist but Brown gave no other details.

He was taken to Mt. Sinai Hospital.

University Village residents said they saw at least one man run into their neighborhood and try to hide. They were concerned after the incident.

“Came outside and came out the front door, saw the guy laying there on the ground; they put the tourniquet on him so he’d stop bleeding and they — I don’t know if he got shot or stabbed or whatever, I don’t know — but they put him in the paramedics and they just drove off with him,” one resident said.

“Seven times out of 10, usually, when we have incidents around here, it’s outsiders coming in, into our community, messing with our youngins,” Rhonda M. Taylor said.

WATCH: Chicago officials give safety update ahead of July 4 weekend

A large number of CPD squad cars could be seen in the 1300-block of West Taylor Street about 9 a.m., and CPD taped off a Chicago Public Library branch in the area.

An area business owner said the officer was conscious after the shooting.

WATCH: Witness describes what she saw after officer shot

“We just saw a lot of police cars drive up, and they were coming from both directions,” a woman who did not want to be identified said. “Police officers running inside, police officers running out and down the street — at one point we saw two officers bring out another officer, and it appeared that he had been shot. There was blood on his shirt. He was walked out.”

A crowd of police officers, Brown and Mayor Lori Lightfoot came to Stroger after the shooting.

The officer marks the sixth CPD officer shot so far this year.

Sun-Times Media contributed to this report. 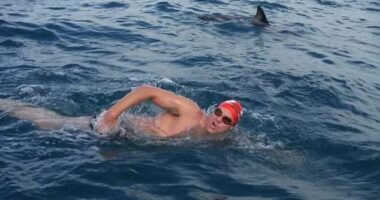 Dolphins to the rescue: British swimmer is SAVED from 6ft shark after… 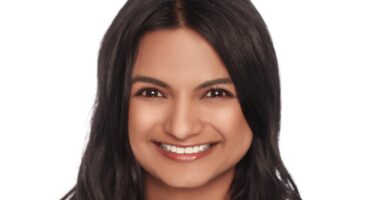 When Amrapali “Ami” Gan became CEO of OnlyFans in December 2021, she… 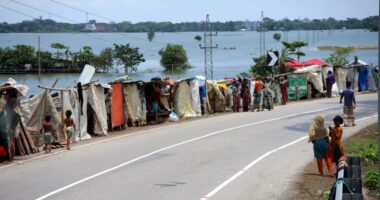 It seems the moral imperative for climate action just isn’t computing. In… The three students were suspended and banned from entering the campus Aligarh:…