A Connecticut couple with a newborn was shot dead on Father’s Day in a “minor personal dispute” between neighbors over a dog, police say.

Christina Dang, 27, and Chase Garrett, 39, were pronounced dead at the scene of the shooting in a Hartford driveway. A third victim, a woman who police say lived at the same address as the couple, was rushed to a hospital in critical condition. Her identity has not yet been released.

“This is a tragic series of events, and it is heartbreaking to think that two people have lost their lives, and a third person remains in critical condition, because of a minor personal dispute that escalated into violence,” Hartford Mayor Luke Bronin said at a Monday press conference.

He said a “very painful and especially tragic element” of the shooting was that “there is a 6-month-old baby who we now believe is an orphan.”

Family members of the victims later clarified that the baby was only 4 months old in comments to local media.

Dang’s older sister, Julie, told NBC Connecticut her sister “was a beautiful soul full of life.” She had just given birth in February.

“She was a mother to a 4-month-old, Chosen, and she lost her life over a senseless argument,” she said. “It’s hard for a child to lose two parents on the same night and on Father’s Day, a day that should be loved and, you know.”

Police said the baby was taken into the custody of the Department of Children and Families after the shooting.

A vehicle that police say they believe may have served as a getaway car has been seized, and a person of interest identified, but no suspects were reported in custody as of Tuesday morning.

No further details were available on the circumstances of the argument, but police said they had not previously responded to any altercations between the neighbors.

“This is the continuation of a very, very distressing trend that we are seeing not just in Hartford, but around the state and around the country… which is minor personal disputes escalating with incredible speed into violence. And the presence of guns then turns those disputes fatal,” Bronin said, lamenting that for the baby left behind “life changed forever because a minor dispute about a dog turned into a tragic shooting.” 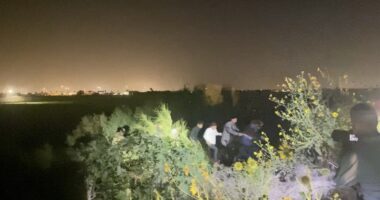 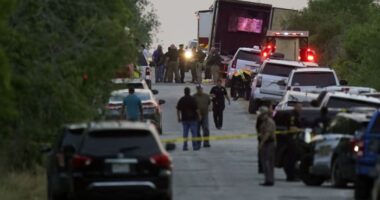 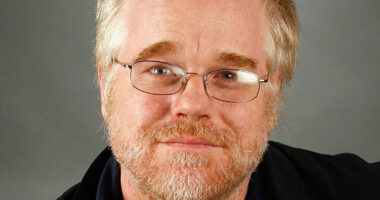 When he was a teenager, Philip Seymour Hoffman decided to take up with… 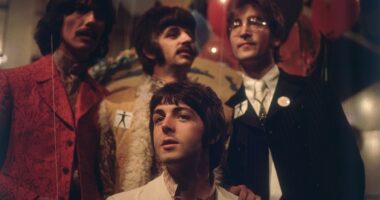 Sir Paul McCartney will take to the stage at Glastonbury tonight –…