NEW YORK — A pair of Colorado college hoops stars were selected in the 2022 NBA draft on Thursday night in Brooklyn, New York.

Colorado State University forward David Roddy became the third Ram ever drafted in the first round of the NBA/ABA Draft. The Minneapolis native was taken 23rd by the Philadelphia 76ers and traded immediately to the Memphis Grizzlies.

He joins Bill Green (Boston Celtics’ 8th pick in 1963) and Jason Smith (Miami Heat’s 20th pick in 2007) as first-round selections while becoming the 24th Ram ever selected in the draft, as well as the first since Colton Iverson was taken by the Indiana Pacers in 2013.

The fifth CSU player ever to be recognized as an All-American, Roddy was named the Mountain West Player of the Year by the league’s coaches and media in two separate polls. He set a school record for field goals made with 222, scored 595 points — which ranks third — and his 19.2 point per game scoring average is 12th all-time and third in the league in conference. Roddy finished sixth in rebounding at 7.6 and first in field goal percentage at 57.1%.

The Portland Trail Blazers selected Jabari Walker of the Unviersity of Colorado with the 57th pick of the 2022 NBA Draft. The Blazers also owned the 46th pick, as a result of a trade with the Detroit Pistons earlier this week, but they traded that to the Denver Nuggets for a second-round pick in 2024.

A native of Inglewood, Calif., Walker was a 2021-22 All-Pac-12 Conference First Team selection, averaging 14.6 points and a league-best 9.4 rebounds per game. A 6-foot-9 and 215 pound forward, Walker is Colorado’s fourth NBA Draft pick in the last six years and seventh in the 12-year Tad Boyle era.

Walker heads to a Portland team that was 27-55 in 2021-22 and 13th in the Western Conference. The Trailblazers are led by former CU All-American Chauncey Billups, who’s entering his second year as the head coach.

“It’s great that he’ll be coached by a former Buff, but he’s got to earn his roster spot, and [Walker] knows that,” Tad Boyle said. “It’s nice to have that Buff connection, but he’s going to have to play his way into the NBA.”

Overall, Walker is CU’s 36th NBA Draft pick and the second Buffs pick by Portland. Lee Haven was a ninth round pick by the Trailblazers in 1974. CHICAGO (WLS) — The city is days away from rolling out its… 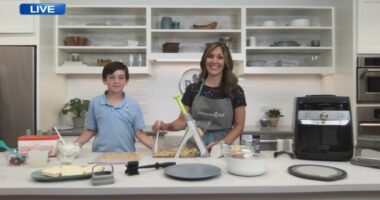 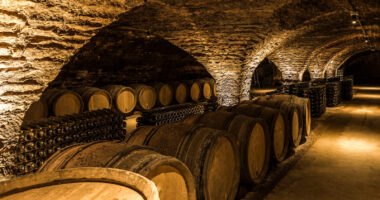 It was a mad place for a wine cellar. Wine cellars are… 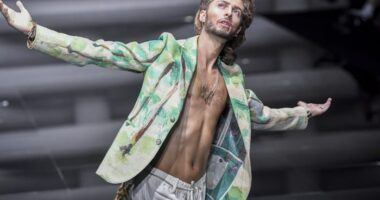 MILAN – Denim, fringe and chunky rubber sliders. These are the elements…