On June 6, Ilya Shapiro, the executive director of Georgetown University Law School’s Center for the Constitution, announced his resignation—and immediately became the right’s new cause célèbre in the campus free-speech wars.

Some context: Back in January, Shapiro posted a tweet about President Joe Biden’s announcement that he would select a Black woman to fill the Supreme Court vacancy. “Objectively best pick for Biden is Sri Srinivasan, who is solid prog & v smart. Even has identity politics benefit of being first Asian (Indian) American,” it read. “But alas doesn’t fit into latest intersectionality hierarchy so we’ll get lesser black woman. Thank heaven for small favors?”

In the aftermath of the tweet, Shapiro was the subject of a four-month investigation by Georgetown’s Office of Institutional Diversity, Equity and Affirmative Action (IDEAA).

IDEAA’s report cleared Shapiro on a technicality: He had posted the tweet three days prior to his official start date and was therefore not subject to the school’s policies at the time. Nevertheless, Shapiro contended that the language of the report made his position so “untenable” that his only option was to resign.

So who’s at fault here? Everyone.

Shapiro’s tweet was manifestly racist and sexist, and his dean at Georgetown was right to say so. But I’ve seen the IDEAA report, and its language is indeed troubling. This case should never have become a free-speech flashpoint; the university should simply have denounced Shapiro’s offensive tweet and moved on. Instead, we now must talk about how well-meaning university administrators can end up chilling free speech on campus if they’re not judicious in interpreting their own policies.

Let’s start with what the IDEAA report does right. It correctly refrains from recommending punishment for comments Shapiro made when he was not employed at Georgetown. It acknowledges that Shapiro’s views on affirmative action are protected by the university’s free speech policy and that his tweet “was not directed at a particular individual.” And it faithfully reproduces the relevant sections of the university’s policies on Equal Opportunity and Non-Discrimination in Employment and Education and its Policy Statement on Harassment.

The trouble begins on page 9, where the report determines that the tweet had a “significant negative impact on the Georgetown community” that could constitute what the harassment policy terms “severe or pervasive” conduct. The report cites an open letter signed by over 1,000 students and student organizations, letters from alumni, and a student sit-in as evidence of the tweet’s “impact.”

But these examples demonstrate only a general unhappiness with or anger at Shapiro’s words, not any specific or direct impact on individual students. As Georgetown’s own harassment policy notes, “the injured party’s perception of the offensiveness of the alleged conduct, standing alone, is not sufficient by itself to constitute harassment”—yet that’s exactly how the report uses this evidence.

“In a case that demands absolute precision, the report is instead disastrously vague.”

Similarly, here’s how the report determines that Shapiro’s Twitter thread could be interpreted as “severe and pervasive” conduct: “By posting his words on a social media platform, the Respondent’s words had the potential to reach millions of individuals, including each member of the Georgetown Law community.“

This puts the issue precisely backwards: It suggests that the “potential” impact of a single offensive comment on Twitter, purely because of its public nature, is as damaging as if the same comment were made directly to a student or in a classroom.

These determinations also rely on a view that the “plain words” of Shapiro’s tweet can only be taken to mean that all Black women are “lesser” and unqualified for a Supreme Court nomination. But this is not the only possible interpretation of the plain words. Shapiro’s own interpretation—that anyone else would be lesser than Srinivasan, his preferred choice for the next Supreme Court justice—is plausible, if self-serving. To be clear, the tweet is manifestly offensive either way, but its meaning is not self-evident.

That’s important because of the worst part of the IDEAA report: its very last sentence. “It is important to note,” write the authors, “that, given the Respondent’s role in the Law Center, if he were to make another, similar or more serious remark as a Georgetown employee, a hostile environment based on race, gender, and sex likely would be created.”

In a case that demands absolute precision, the report is instead disastrously vague. Much of the investigation is concerned with teasing apart fine distinctions between Shapiro’s unpopular political views, the murky nature of the tweet’s language, and the impact the tweet had on students. But by using unspecific language in describing what speech could lead to future discipline, the report collapses those distinctions and leaves the impression that any number of future statements by Shapiro could result in punishment.

Georgetown’s policy on free speech makes clear that “wide latitude” must be given to speech in the academic context. Yet the IDEAA report’s vague conclusion fails to offer Shapiro effective guidance on what “remarks” might be considered grounds for further investigation, reprimand, or termination under the university’s harassment policy.

In doing so, it forecloses on the space for open discussion and becomes the very kind of speech restriction the policy is designed to prevent.

Ultimately, Georgetown and the IDEAA report didn’t directly violate Ilya Shapiro’s free speech protections. Instead, they violated them indirectly through a series of misinterpretations of the university’s harassment and free speech policies.

A more careful report could have avoided these mistakes and the chilling effect they may now have on Georgetown faculty members’ free speech. That would have avoided embroiling Georgetown in a campus free speech controversy and kept the focus on the offensiveness of Shapiro’s tweet—and the right of people to speak out against it. 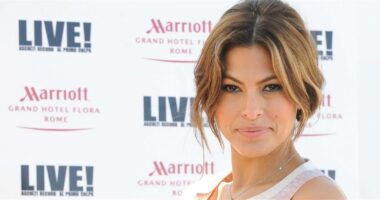 Eva Mendes’ teenage dreams are coming true! The actress, who is currently… 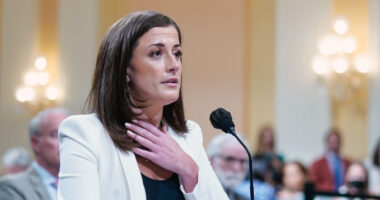 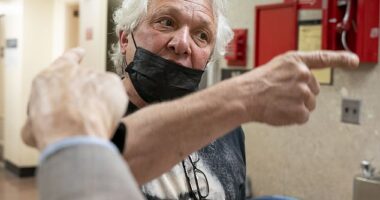 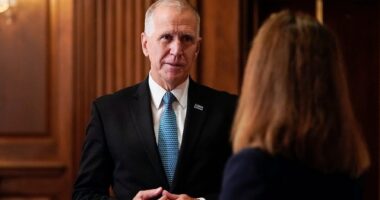