Her Dad Is a Far-Right Militia Boss. She’s Organizing a Pro-Choice Rally.

MISSOULA, Montana—A remote stretch in the northwest part of this state may seem an unlikely spot for a pro-choice rally on Independence Day weekend. The small town of Eureka, population roughly 1,400, is home to over a dozen churches, voted 73 percent for Donald Trump in 2020, and hosted a trucker protest of hundreds earlier this year at the Canadian border crossing 10 miles away.

Perhaps more unlikely is who’s organizing the rally: Sequoia Rhodes Adams, the 19-year-old daughter of Oath Keepers militia founder Stewart Rhodes. The family patriarch is currently jailed awaiting trial after pleading not guilty to charges of seditious conspiracy related to what federal prosecutors say was his far-right group’s plot to storm the U.S. Capitol on Jan. 6.

“I was extremely anti-feminist growing up,” Sequoia told The Daily Beast, describing her political transformation into a pro-choice activist after the family fled what they have previously described as Rhodes’ violently abusive Montana home in 2018.

“He couldn’t even talk about abortion or he would freak out,” she said of her father.

Sequoia and her adult siblings recently leveled abuse allegations against their father in an interview with the Southern Poverty Law Center. Those claims came on top of allegations of violence made in a 2018 application for a restraining order by Sequoia’s mother Tasha, Rhodes’ estranged wife. (The restraining order was denied by a local judge, and divorce proceedings remain ongoing. But multiple family members leveled similar allegations of domestic violence in a recent Insider story.)

Sequoia said in an interview this week that experiencing everyday sexism after escaping a lifetime of isolation in Rhodes’ home opened her eyes to the inequality women face in America.

“Once you have a kid, you’re stuck with them,” she told The Daily Beast.

“That’s why we couldn’t leave,” her mother, Tasha Adams, added in an interview. “Because we had so many kids.”

Tasha described Rhodes as controlling the family by “loading them down with responsibilities”—giant dogs, chickens—so that leaving would be a logistical nightmare. For her, the responsibility was children—six of them, the youngest born when Tasha, now 50, was 42, after three miscarriages and a stillbirth.

Sequoia doesn’t remember a time growing up when her mother wasn’t breastfeeding.

In a recent blog post, Tasha recounted one such failed pregnancy in 2010, accusing her husband of using the tragedy for political gain during an Oath Keepers power struggle. “I nearly bled out,” Tasha told The Daily Beast, describing waking up in a pool of her own blood, with her oldest children stopping the bleeding when they couldn’t get Rhodes’ attention.

Sequoia was young, but remembers one detail vividly: “The carpets were stained with blood.”

An attorney representing Rhodes in his sedition case declined to comment for this story.

Abortion remains legal in Montana, with no trigger laws on the books and a 1999 ruling by the progressive-dominated State Supreme Court enshrining abortion rights under Montanans’ constitutional right to privacy.

But that ruling came after increasing violence against Montana abortion providers. By the early 1990s, half of the state’s abortion clinics had been burned down, according to contemporaneous reporting by the Missoulian, three of them by one man who later pleaded guilty to torching eight across the West.

One of the firebombed clinics was in the city of Kalispell, an hour south of Eureka. Another clinic eventually opened in Kalispell, but was vandalized in 2014 and closed. A new clinic serving the region opened in the neighboring city of Whitefish in 2018. Every state bordering Montana has banned or is attempting to ban abortion in the wake of the Dobbs ruling, leaving the state as something of an oasis.

But if it’s a vaguely purple state, Montana has also been dominated by the GOP in recent elections. Various approaches to banning abortion have been floated by anti-abortion activists and politicians in recent months, such as a constitutional amendment or constitutional convention. These routes face high voting margins and must be affirmed by Montana voters.

Even without action by the state, it was revealed Friday that Planned Parenthood of Montana will refuse medication abortions to clients from states that have banned abortion, a testament to a new climate of national hostility to reproductive rights.

Saturday’s rally in Eureka begins at 3:30 p.m. in Riverside Park in partnership with Flathead Valley Pro Choice, a group that formed last year as a local women’s reproductive-rights march organization before branching out.

FVPC organizer Nikki Eisinger told The Daily Beast she’s been impressed with Sequoia and her younger sister, who is helping with the rally as well.

Sequoia said she was incensed by the recent Dobbs v. Jackson Women’s Health Organization ruling overturning federal abortion rights. But not just because of her newfound feminism. Rather, it seemed to her like a betrayal of the libertarian-minded conservatism of the people she grew up with—a worldview that she understood to say everyone has the right to privacy from the government.

“And then those same people took it from me,” she said. 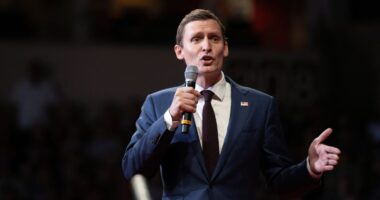 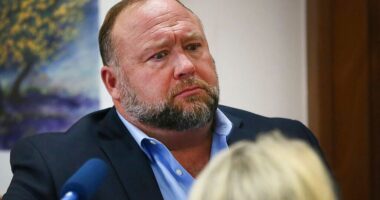 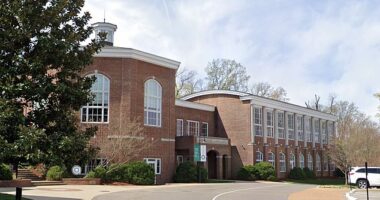 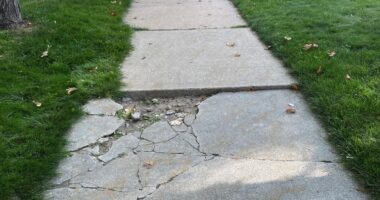