JEFF Brazier has said that his marriage to Kate Dwyer is “stronger than it’s ever been” on their second wedding anniversary.

The TV presenter, 41, took to Instagram earlier today to pay tribute to his other half and celebrate two happy years together as husband and wife.

The married couple haven’t had the easiest of journeys since tying the knot, but now they seem happier than ever before.

Jeff and Kate enjoyed a game of golf, a session at the gym and a posh meal at the award-winning steak and chophouse, Blacklock, in Shoreditch, to mark the special occasion.

The reality favourite posted a selfie of them outside the restaurant and accompanied it with a lengthy caption explaining the key to their successful relationship.

He wrote: “Had such a lovely time celebrating our 2nd wedding anniversary yesterday that I forgot to do the Instagram post!

“We did all the things we loved, Par 3 golf, @fredanddougs, @davidlloyduk to train & sit and read in the spa & then one of our favourite restaurants to finish up.

“The key for us reaching 2 years in style? (@katebrazierpr and I are stronger now than we’ve ever been)

“Own our flaws, share them, take responsibility for improving them, invest time into finding things we love to do together & acknowledge that the way you communicate with one another is massive but especially so when one of us is ‘triggered’”

The TV personality added: “Also recognise that what you brought into the relationship could be the undoing of it unless you’re brave enough to embrace the vulnerability.

“So if like us, you’re in a relationship that’s strong enough to support the growth you’re both going through, you’re always in with a shout.

“Proud of how far we’ve come @katebrazierpr and thank you for a lovely day yesterday. 🙏🏻❤️ #weddinganniversary”

Jeff and Kate started dating in 2013 after meeting in Portgual.

Four years later Jeff decided to take their relationship to the next level and got down on one knee to ask Kate to be his wife during a holiday in Ibiza in 2017.

The lovebirds tied the knot a year later in a special cliff-top ceremony in Tivoli Carvoeiro, Portugal.

Speaking about their special day, Jeff told Hello! magazine: “I couldn’t be happier. This isn’t just any wedding, this is a really special one. We spend some lovely family time together as the four of us.

“I personally love it when Kate does things with the boys when I’m not around.

“I know the time Kate has with her family and friends is very precious to her and I know that Kate now realises boys are family.”

Things hit a rough patch one year into the marriage when Jeff was seen not wearing his wedding ring.

But it didn’t take long for the pair to sort out their differences.

Jeff went on to tell Hello! magazine a few months later: “Now we are a million times better because we took the time to invest in ourselves.

“I am so proud that the two of us have got to the point where things are more straightforward and more simple and easier than they have ever been between us. 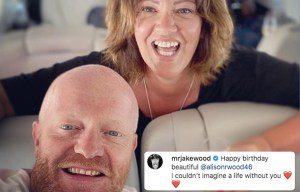 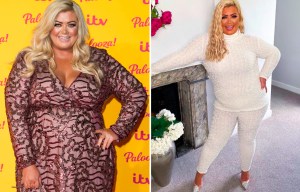 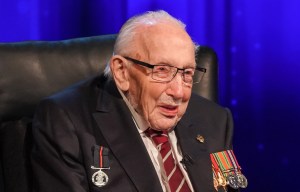 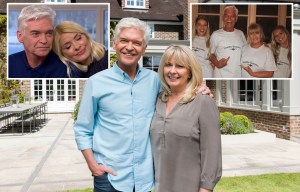 “We are stronger for the two months that we’ve spent together with time to just focus on one another. Kate and I have had an opportunity to press pause and reset.”

Then in October 2019, eagle-eyed fans noticed that the couple had unfollowed each other on Instagram.

The Sun Online went on to reveal that Jeff and Kate were having problems with their marriage, but they had not gone their seperate ways.

A spokesman for the 41-year-old told us: “There is categorically no split between Jeff and Kate.

“They have had some difficulties but they are doing their utmost to work through them together and will continue to do so in private.”