Mitch McConnell told fellow Senate Republicans that his vote to certify Joe Biden’s election victory will be the ‘most consequential’ of his political career, a new report claims.

The Majority Leader made the declaration in a conference call on Thursday morning, according to Axios, which spoke to one person who was on the call and two who were briefed on its contents.

‘I’m finishing 36 years in the Senate and I’ve cast a lot of big votes,’ one source paraphrased McConnell as saying. ‘And in my view, just my view, this will be the most consequential I have ever cast.’

He referred to the vote as a ‘vote of conscience’, the source said, adding: ‘The context was McConnell saying we’re being asked to overturn the results after a guy didn’t get as many electoral votes and lost by 7 million popular votes.’

The call came one day after Missouri Sen Josh Hawley voiced his support for a Trump-backed plan to object to certifying the Electoral College votes on January 6.

McConnell and two other senators reportedly asked Hawley to explain what he plans to do at the certification vote during the call, but Hawley was not present.

Hawley on Wednesday announced that he would file objections alongside a group of House Republicans when Vice President Mike Pence goes through the Electoral College vote tallies next week.

The process is a ceremonial one – but objections have been made in the past.

The change this year is that President Donald Trump, who has refused to concede the election to President-elect Biden, is backing the effort, which could hold up the announcement of the final results by hours, even days.

The president has asked his supporters to come rally in Washington, DC, as he continues to tweet conspiracy theories about widespread voter fraud.

McConnell’s latest comments about the vote are likely to further infuriate Trump, who has been clinging to hope that the election is not yet over. 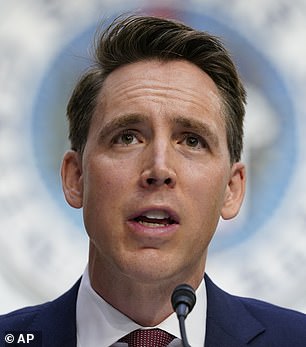 Trump’s chances at overturning the results took yet another hit on Thursday as the Department of Justice came out to condemn a Republican-led lawsuit that aimed to reverse Biden’s Electoral College win by asking a judge to declare that Pence has the ‘exclusive authority and sole discretion’ to decide which votes should be counted.

Pence was named as a defendant in the case – led by Texas Rep Louis Gohmert and 11 Arizona Republicans – which the DOJ called a ‘walking legal contradiction’.

Top DOJ officials asked a judge to reject the plaintiffs’ request for an emergency injunction that would empower Pence to ignore the Electoral College votes from battleground states that handed the race to Biden. 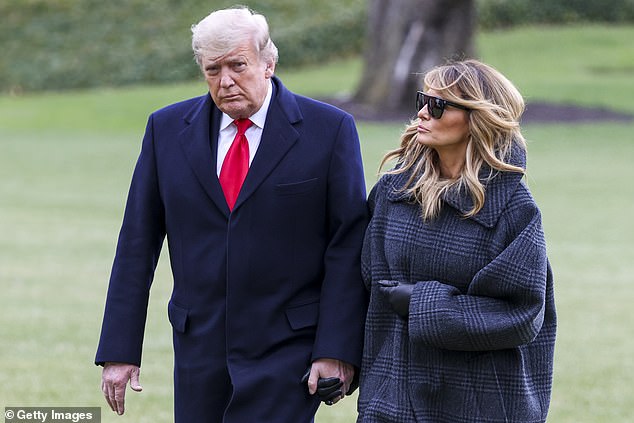 Beyond Hawley, only a handful of Republican senators had expressed interest in objecting to state results on January 6, but just one senator needs to object to trigger two hours of debate in the House and Senate and then a vote for each state the lawmakers say they have a problem with.

A simple majority vote is needed to overrule an objection.

McConnell asked GOP senators not to engage in this effort because every one of his senators would have to go on-record and either dispute a state’s result – or vote against Trump, which could have repercussions down the line in the form of Trump-backed primary challengers in 2022.

McConnell has already congratulated Biden for winning the election, doing so the day the Electoral College cast votes.

Republican Sen Ben Sasse threw his support behind McConnell on Wednesday as he called out ‘institutional arsonist members of Congress’ for signing on to the plot.

‘When we talk in private, I haven’t heard a single Congressional Republican allege that the election results were fraudulent – not one,’ Sasse wrote in a long Facebook post.

‘Instead, I hear them talk about their worries about how they will “look” to President Trump’s most ardent supporters.’ 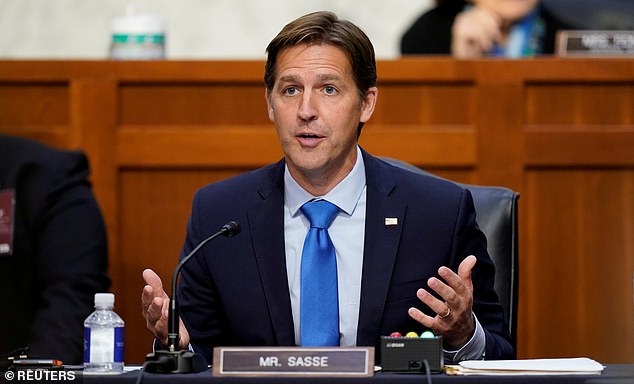 Republican Sen. Ben Sasse wrote a Facebook essay explaining why he would not be taking part in the Trump-led plot to object to Electoral College vote tallies in January 6 and called out his colleagues, saying none of them believe vote was ‘fraudulent’ behind closed doors

Sasse, who’s been one of the few Republican Trump critics on Capitol Hill, laid out the Trump campaign’s court cases in each state and then explained why some reported instances of fraud or disparities would not flip the results.

‘I started with the courts for a reason. From where I sit, the single-most telling fact is that there a giant gulf between what President Trump and his allies say in public – for example, on social media, or at press conferences outside Philadelphia landscaping companies and adult bookstores – and what President Trump’s lawyers actually say in courts of law,’ Sasse wrote.

Sasse points out that while there’s no legal penalty for misleading the public, there is one for deceiving judges.

‘[T]he president’s lawyers know that – and thus they have repeated almost none of the claims of grand voter fraud that the campaign spokespeople are screaming at their most zealous supporters,’ Sasse said.

‘So, here’s the heart of this whole thing: this isn’t really a legal strategy – it’s a fundraising strategy,’ he added.

Sasse wrote about what he believed his colleagues’ motivations were too.

‘Let’s be clear what is happening here: We have a bunch of ambitious politicians who think there’s a quick way to tap into the president’s populist base without doing any real, long-term damage,’ Sasse said. ‘But they’re wrong – and this issue is bigger than anyone’s personal ambitions.’

‘Adults don’t point a loaded gun at the heart of legitimate self-government,’ he continued.

‘All the clever arguments and rhetorical gymnastics in the world won’t change the fact that this January 6th effort is designed to disenfranchise millions of Americans simply because they voted for someone in a different party.’ 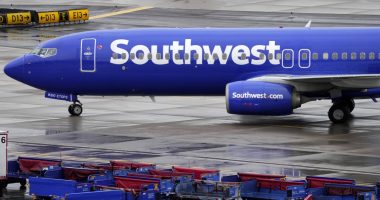 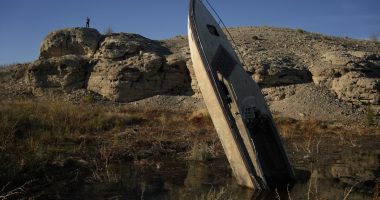 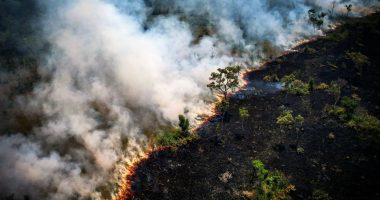 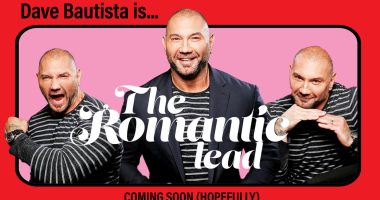 Dave Bautista would like to star in a romantic comedy, and according…