Is this the REAL reason why you are paying $12 for lettuce? Politician says exorbitant cost has nothing to do with floods or high petrol prices

Australia’s former agriculture minister has blamed a lack of overseas backpackers for Aussies paying $12 for a lettuce.

Victorian senator Bridget McKenzie told the ABC’s Q&A program vegetable prices had surged because farmers were reluctant to plant crops – only weeks after growers in Queensland and NSW cleaned up the second set of floods this year.

‘You want to know why your lettuces are $12?

‘Farmers are not planting because they do not have the people to get the crop in.

‘That means the price of food goes up – it’s that simple.’ 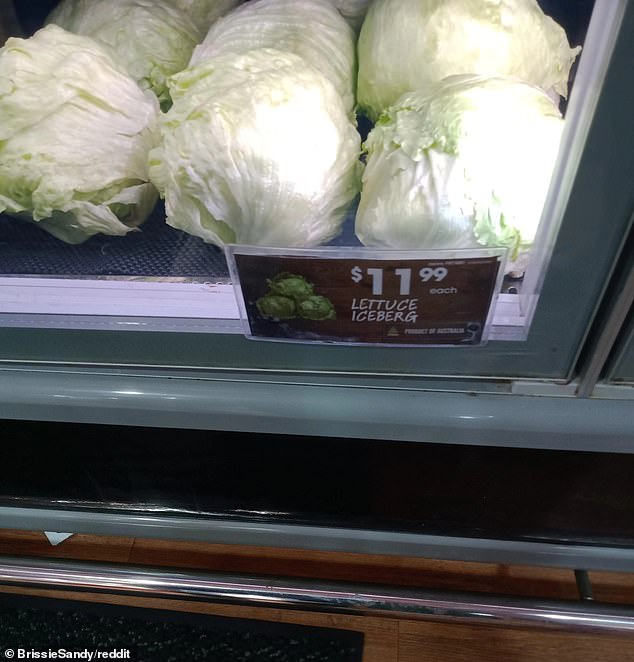 A former agriculture minister has blamed a lack of overseas backpackers for Australians paying $12 for a lettuce.

Senator McKenzie, a Nationals Opposition frontbencher, linked high food prices to a lack of backpackers even though foreigners with working visas have been allowed back into Australia again since December 2021.

Why food prices are surging faster

Vegetable prices in the year to March surged by 6.6 per cent

This was even more elevated than the 5.1 per cent inflation rate – itself the fastest pace since 2001

UK passport holders coming to Australia have since March been allowed to apply for a three-year working holiday visa if they are aged from 18 to 35, without having to meet specific work requirements.

But an inquiry into a free trade agreement between Australia and the UK lapsed when parliament was dissolved in April for the May 21 election.

Former Liberal trade minister Dan Tehan signed an interim agreement in April 2022 that would grant up to 1,000 Indians, aged 18 to 30, a one-year holiday visa, allowing them to hold short-term jobs and study while holidaying.

‘We had an ag visa situation, negotiated bilateral agreements with south-east nations, in particular the Labor Party is going to cancel that,’ Senator McKenzie said.

‘Agriculture won’t be able to survive.

‘We have free trade agreements with mobility clauses negotiated with both the UK and with India.’

The surge in Australian food prices has worsened since multiple floods destroyed crops in south-east Queensland and northern NSW, in March and May, with a shopper in Brisbane posting to social media an image of iceberg lettuce selling for $11.99.

AUSVEG, the lobby group for growers, said the Lockyer Valley floods south-west of Brisbane, combined with high petrol and fertiliser prices meant consumers would continue paying more for fresh food for much of 2022 as other farming regions struggled to keep up with demand. 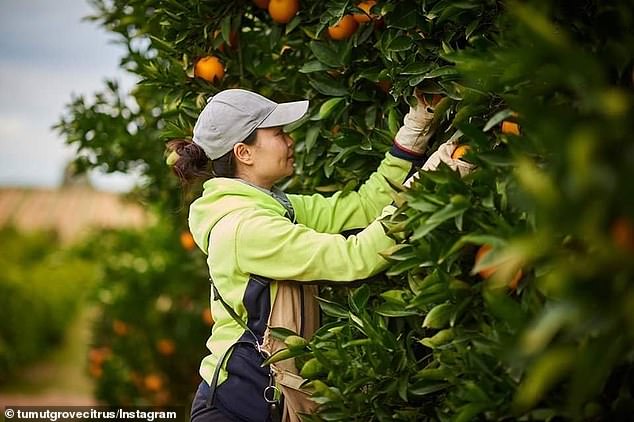 ‘It might take some weeks and months for supply to resume to levels that we would normally see for this time of year,’ spokesman Shaun Lindhe told Daily Mail Australia.

‘When you compound that with supply issues from the Queensland floods, you see the results of it at the supermarket.’

That shortage would also explain the $12 prices at supermarkets for a head of iceberg lettuce, with growers dealing with a loss of top soil needed for crop yields.

‘The floods have impacted supply, there might be some shortages not just in Queensland but throughout the country, we’re seeing that at the moment,’ Mr Lindhe said.

‘Lockyer Valley is a major winter-growing region, a lot of supply from this time of year comes from there.’

Even before the second Lockyer Valley floods in May, vegetable prices in the year to March surged by 6.6 per cent.

That was even more elevated than the overall headline inflation rate of 5.1 per cent – itself the highest since 2001.

Inflation is now set to worsen, meaning even higher prices for fruit and vegetables in coming months. 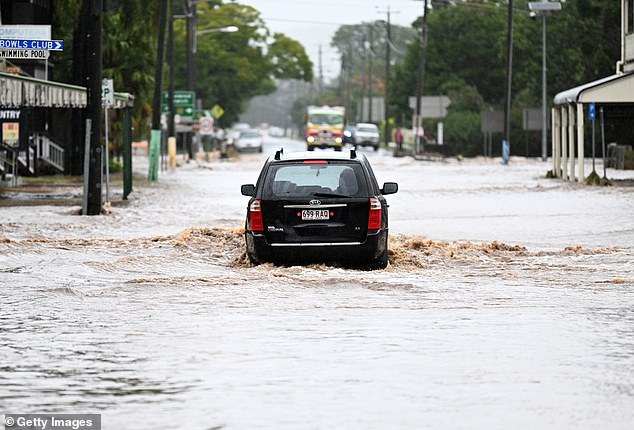 AUSVEG, the lobby group for growers, said the Lockyer Valley floods (Laidley pictured in May) south-west of Brisbane, combined with high petrol and fertiliser prices meant consumers would continue paying more for fresh food for much of 2022 as other farming regions struggled to keep up with demand 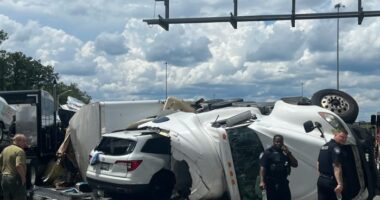 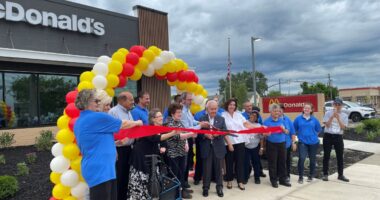 MAYFIELD HEIGHTS, Ohio  — The McDonald’s in Mayfield Heights, Ohio is back in… 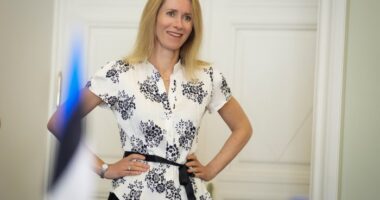 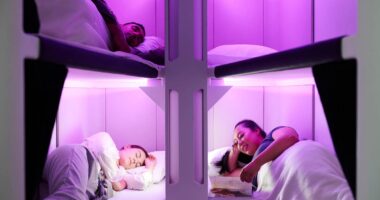 The Economy Skynest could be a game changer for Air NZ. Photo…