As if Normani isn’t already at odds with social media over the whereabouts of her debut album. The former Fifth Harmony member has once again disgruntled fans even more on Tuesday, when she cameoed in the music video for Chris Brown’s latest single “WE (We Embrace).”

The steamy five-minute video, which has already amassed 1.2 million views on YouTube, shows Normani arriving at Brown’s mansion at night, where they do some sexually-charged slow-dancing under purple strobe lights. In another scene, the musicians kiss and embrace underwater.

Reactions rolled in quickly on Twitter, where users seemed divided on the artists’ collaboration. While some fans lauded Normani’s dancing skills and chemistry with Brown, the “Wild Side” singer also received a substantial amount of heat from users disappointed in her choice to work with Brown, given his storied past(and present) of abuse allegations and accusations of colorism.

“Nobody on Normani’s team should have to tell her to not work with Chris Brown when we all had functioning brains when the abuse happened and he’s had a reputation since,” wrote one Twitter user, whose tweet has since gone viral. “It’s not about her being protected. It’s about her supporting him. Normani is grown and didn’t care, that’s it.”

“I love my girls @ChloeBailey & @Normani but them working with a KNOWN continued abuser, ie Chris Brown, is so very disappointing,” another tweeted, referencing Chloe Bailey’s upcoming collaboration with the singer (and rapper the Game). “Where is the solidarity with domestic violence victims? That man has CONTINUED to abuse multiple women, kicks darkskin women outta clubs, etc. Sigh.”

Other fans also considered Normani teaming up with Brown disrespectful, given that she was the first-ever ambassador for his ex-girlfriend Rihanna’s—whom he infamously assaulted in 2009— lingerie brand SavageXFenty.

In addition to the negative feedback, a clip of Normani saying she “could change” Brown during an (undated) interview began circulating on Twitter after the video’s release.

That’s just one of the several interviews in which Normani espoused her love for Brown—like her 2016 Bombshell Mag cover story and a 2014 appearance with Fifth Harmony on Ryan Seacrest’s radio show, in which she gushed about the musician.

Anyone who’s followed Brown’s career or seen headlines about the musician know that his domestic abuse of Rihanna is far from the only stain on his reputation—although his legion of supporters online would like to believe otherwise. As recently as this past January, a woman filed a civil lawsuit against Brown, alleging he had raped her on a yacht. Last June, the LAPD investigated Brown on battery charges, after a woman accused the musician of slapping her so hard that her weave fell out. He was not charged due to “insufficient evidence.” Brown has since published text messages between him and the woman that he claims prove the two had a consensual encounter. He also notably received a five-year restraining order from his ex-girlfriend, model and actress Karrueche Tran, back in 2017, after threatening her following their breakup. And in 2016, he was arrested for threatening a woman inside his home with a gun.

Understandably, in a post-#MeToo world, Normani cozying up to a man with abuse allegations the length of a CVS receipt is not the best look. Nor does it feel like a necessary move for her career, given that the freshman pop singer has been able to remain in the zeitgeist despite an album rollout that has now spanned almost three years. Normani doesn’t need a co-sign from a musician who, despite his decade-spanning career, is arguably less relevant than her in the year 2022.

Worse, fans have framed the cameo as an example of the singer (and her team) shooting herself in the foot once again. Before this latest controversy, the “Motivation” was defending herself against Twitter users who were mocking a snippet she posted of upcoming music. And her latest single, titled “Fair,” barely made a blip on people’s radars.

While her cameo with Chris Brownhas seemingly isolated a large number of Normani’s supporters—and it’s hard to picture how she can move on from this incident without a formal apology— maybe the backlash will be the motivation (wink, wink) that she and her team needs to do better. 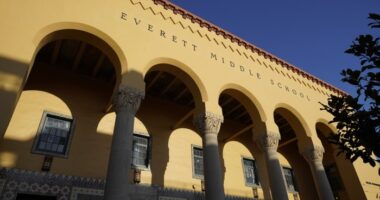 SAN FRANCISCO – The first week of school was supposed to mark… 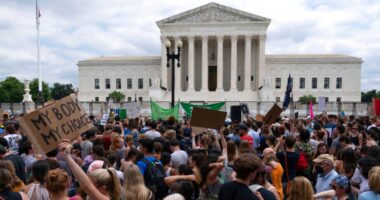 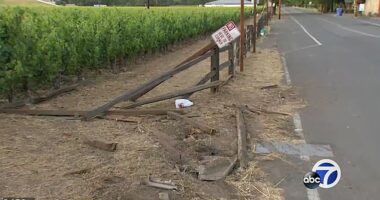 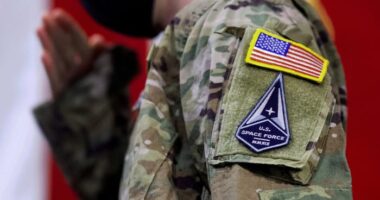 WASHINGTON – About 1,000 Air National Guard troops who are assigned to…