PARKER, Colo. — Fireworks displays are a staple of Fourth of July celebrations, but they’ll be taking a backseat this year in some locations as wildfire concerns force municipalities along the dry West to find alternatives.

Graham Hill and his Denver-based company, Hire UAV Pro, was brought on this year to put on a drone light display in Gypsum, Castle Pines and Parker.

“This is definitely the busiest weekend that we’ve ever had in our existence,” Hill said.

At Salisbury Park in Parker, Hill’s 150 drones are expected to light up the night sky Monday for a 12-minute, choreographed Independence Day-themed performance.

“I got chills when I saw the preview,” Parker special event manager Brooke Spain said.

Switching from a fireworks display to a drone one for the annual Stars and Stripes Celebration, she says, was not an easy decision.

RELATED: Where to celebrate the Fourth of July, see fireworks around Colorado

“We all grew up with fireworks, right? So, at the end of the day, it really came down to ‘We love fireworks, but we want our community to be safe,'” Spain said.

Dry conditions in Colorado have shown how quickly a wildfire can spread. And with Parker’s fireworks display causing spot fires several times in the past, it’s a risk Spain didn’t want to take this year.

“We really want to be innovative and new and do something for our community, make sure that it doesn’t get canceled, so this was what we decided,” Spain said.

Hill says his drones are already booked to work New Year’s Eve in Colorado, although he can’t share details just yet. Already, he’s hearing from folks about next year’s Fourth of July.

“Being able to give back and let people come out and still have a holiday weekend with their family and have something to do at night, yeah, it feels pretty good,” he said.

Depending on the feedback Parker staff gets from the community about Monday’s show, the town may either put on a drone light display again next year or do something else. 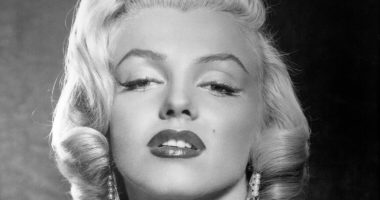 Marilyn Monroe’s marriage to Arthur Miller was celebrated by many commentators, periodicals,… 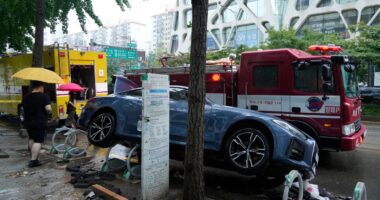 SEOUL, South Korea — Some of the heaviest rain in decades swamped… 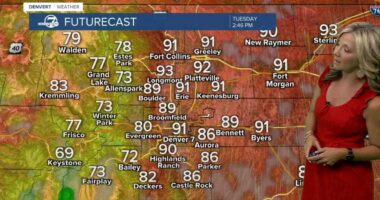 DENVER — Hotter and drier weather will settle in Tuesday, with highs… 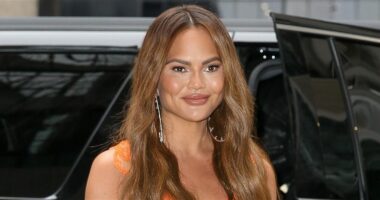