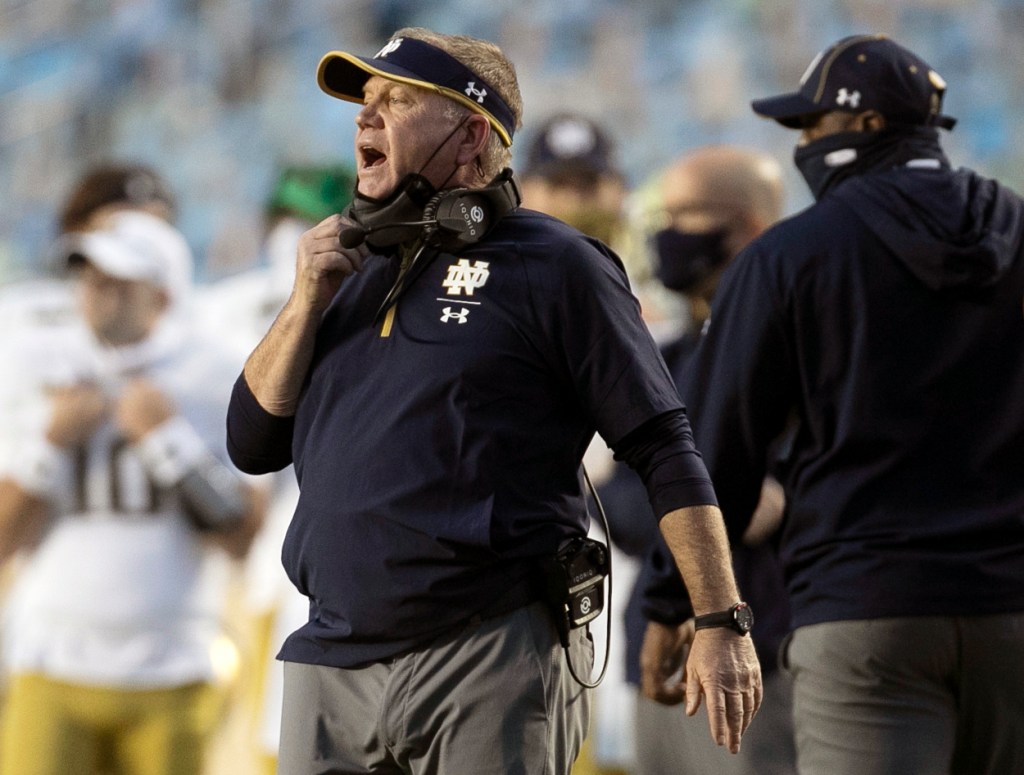 Notre Dame coach Brian Kelly is clearly tired of the question: Do the Fighting Irish have something to prove as they again prepare to take on one of college football’s elite teams in the College Football Playoff?

“No, I mean, we’re knocking on the door every year playing really good teams and great opponents,” Kelly said. “I don’t know why this narrative continues to pop up when we’re always in the games.”

What often gets categorized as a Notre Dame problem is actually a major college football problem. A tiny group of teams has bolted away from the field simply because they are accumulating far more talent than their competitors.

The elite high school players are clustering at a small number of schools and creating an almost insurmountable gap between the very best and the rest.

No. 4 seed Notre Dame (10-1) heads into its latest referendum game against No. 1 Alabama (11-0) on Friday in the relocated Rose Bowl semifinal in Texas as a nearly three-touchdown underdog. In the other semifinal, a more fair fight is expected between No. 2 Clemson (10-1) and No. 3 Ohio State (6-0) at the Sugar Bowl.

Kelly has raised Notre Dame football to its highest level since Lou Holtz led the school to its last national title in 1988. The Irish are 43-7 over the last four years.

Still, Notre Dame drags into the playoff the recent memories of a BCS blowout against the Crimson Tide in 2013, a lopsided semifinal loss to Clemson two seasons ago and overall a six-game losing streak in BCS/New Year’s Six games that dates to the 2000 Fiesta Bowl.

“No, we haven’t won a national championship, that’s correct,” Kelly said. “I’m not changing the record. But we are there every single year and we’re grinding it out just like everybody else. And only one team gets to celebrate at the end of the year.”

No team has celebrated more than Alabama. Under Nick Saban, the Crimson Tide have won five national titles since 2009. The dynasty is fueled by unprecedented success in recruiting. According to 247 Sports’ talent composite, the Tide had the second-most talented roster in college football this season behind Georgia after being No. 1 last year, second the year before and first two seasons before that.

Alabama came into the season with 12 former five-star recruits – including running back Najee Harris and linebacker Dylan Moses – and 58 former four stars on its roster. Alabama has signed 41 top 100 recruits from 2017-20.

Ohio State stacks up pretty well with the Tide this season, with 14 former five stars – including quarterback Justin Fields – and 52 four stars. The Buckeyes have signed 25 top 100 recruits from 2017-20. They have also won four consecutive Big Ten titles.

Clemson’s numbers: 11 former five-stars – the most important among them being quarterback Trevor Lawrence – 35 four stars and 23 top 100 signees from 2017-20. The Tigers are up to six Atlantic Coast Conference championships in a row.

“I do think we both identify the same players from the same parts of the country,” Ohio State defensive coordinator Kerry Coombs said of Clemson. “The elite players have some really good choices, and those schools, they’re all battling for those guys.”

Notre Dame tries to recruit at that level, too. But the results are just not the same.

The Irish came into this season with the eighth-most talented roster in the country, right behind Florida and ahead of Oklahoma, which is dominating the Big 12 with six consecutive championships but has yet to win a playoff game.

In fact, 247’s ratings have this as the most talented Notre Dame roster since the recruiting website started tallying scores in 2015. The Irish are still well short of the other three playoff teams.

Sophomore safety Kyle Hamilton was one of those top 100 players coming out of Georgia in 2019. He lived up to the billing, earning a starting spot as a freshman at Notre Dame and becoming a third-team All-American this season.

He saw how elite recruits all seem drawn to the same powerhouse programs.

“Those schools are blue bloods of college football. It’s like going to Duke for basketball or Kentucky or Kansas,” Hamilton said. “It’s a professional factory. Kids lucky enough to be in that position understand that and understand what they can do if they do well in college to hopefully provide for their family and their loved ones. I think that provides a big boost to those schools because they have a reputation, including us, of putting guys in the league and making kids’ lives better.”

See also  Where does the 10¢ plastic bag fee go?

Lack of parity in college football is nothing new. The last time a school won its first national championship was Florida in 1996. But the playoff has magnified and maybe even exacerbated the imbalance.

The playoff is seven years old. During that time, 11 teams have made it and four of them (Alabama, Clemson, Ohio State and Oklahoma) have taken up 20 of the 28 spots. Notre Dame is the only other team with multiple appearances.

Only six teams have won playoff games, with Clemson (six) and Alabama (five) leading the way. And rarely have the games been close. The average margin of victory in playoff games is 19 points.

Suggesting Notre Dame didn’t belong in the playoff in 2018 because the Irish lost, 30-3, to Clemson is to gloss over the fact that the smallest margin in the CFP that season was Alabama’s 11-point semifinal victory over Oklahoma. The Tide led that game, 28-0, in the second quarter.

Maybe the Irish will be more competitive this time around. Maybe not. But it’s doubtful anybody else would have either. 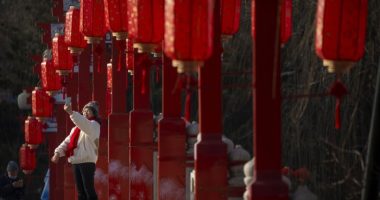 BEIJING – People across China rang in the Lunar New Year on… 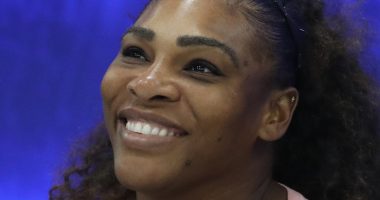 For any athlete, knowing when to retire is a difficult question to… 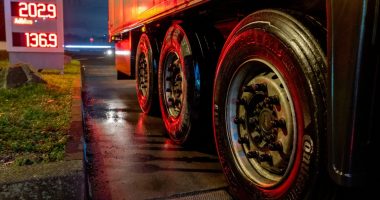 FRANKFURT, Germany — Europe is taking another big step toward cutting its…

As Florida Gov. Ron DeSantis soaked up the crowd’s adulation during a…