Sen. Thom Tillis’, R-N.C., office on Wednesday downplayed the possibility of a bipartisan immigration deal until the Biden administration moves to secure the border — saying there was “not much to negotiate” until that occurs.

Sen. Dick Durbin, D-Ill., had said in an interview that talks between him and Tillis had restarted on a potential immigration deal as the two traveled through Europe.

He had expressed hope that the recent deaths of more than 50 migrants in a tractor-trailer in Texas would spark a deal in the same way the recent mass shooting in Uvalde had led to a bipartisan gun control deal.

“We’ve been talking the last couple days about reviving that effort,” Durbin told Politico. “And I think what happened at the border with finding 51 dead migrants in that tractor trailer is what I would call a ‘Uvalde moment.’ I hope it sparks an interest in finding a bipartisan approach to dealing with immigration.”

Sen. Thom Tillis’s, R-N.C. office is downplaying the possibility that Republicans and Democrats can work together on a bipartisan immigration deal, saying there’s “not much to negotiate.”
(Joshua Roberts/Pool via AP)

However, in response to a query from Fox News Digital, Tillis’ office downplayed the scope of prior talks, and also said that there was little to talk about when there is an ongoing migrant crisis at the southern border.

“A group of senators previously held discussions that were exclusively focused on border security and stopping the abuse of our nation’s asylum laws,” Tillis’ office said. “However, until the Biden-Harris administration starts to enforce immigration laws and finally takes some action to end the crisis at the border that they created, there is not much to negotiate.”

“Leaders in Washington have to act in the best interest of the American people and American workers,” his office said.

A bipartisan immigration deal has evaded senators for years. Democrats and the Biden administration last year introduced a sweeping reform effort that would expand visas and grant mass amnesty to millions of illegal immigrants — but that contained little border security to tempt Republicans.

Even Republicans who had been open to a deal rejected the bill, particularly given the brewing migrant crisis at the border.

“You’ve got to stop the bleeding before you can take care of the problem,” Sen. Chuck Grassley, R-Iowa, said in March last year.

“I’ve voted for every comprehensive immigration bill that ever came out of the U.S. Senate,” Sen. Lindsey Graham, R-S.C., said. “It is impossible for me to sit down with Dick Durbin and negotiate any solution to people already here, because if you legalize one person until you’ve fixed this problem, you’re going to have a human tsunami.”

That crisis has only worsened since then. There were more than 239,000 migrant apprehensions in May alone, a historic number which is expected to rise in the months ahead.

With that bill unable to drum up any Republican support, Democrats later forged ahead with their efforts to include amnesty provisions and other immigration items in a budget reconciliation framework. That effort failed when it lost the support of Sen. Joe Manchin, D-W.Va.

Sen. John Cornyn, R-Texas, recently sparked concerns from conservatives with comments he made to Senate Democrats on the Senate floor in which he was reported to have said: “First guns, now it’s immigration.”
(AP Photo/Andrew Harnik)

It also remains unclear if a deal without a pathway to citizenship can get support from Democrats, and if a deal with it can gain any Republican support.  Republican Majority Leader Kevin McCarthy recently declared any “amnesty” efforts a “non-starter” with his caucus.

Sen. John Cornyn, R-Texas, recently sparked concern from the right with comments he made to Senate Democrats on the Senate floor in which he was reported to have said: “First guns, now it’s immigration.”

His office later said that those comments were a joke: “There’s no immigration bill,” a spokesperson told Fox News Digital.

Adam Shaw is a politics reporter for Fox News Digital, with a focus on immigration. He can be reached at [email protected] or on Twitter: @AdamShawNY 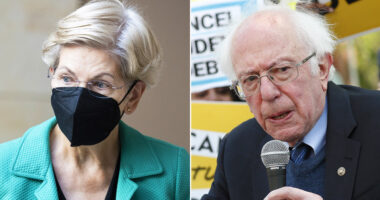 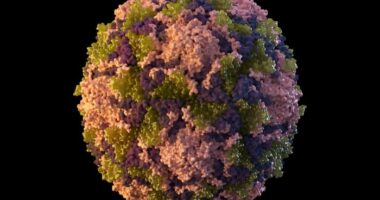 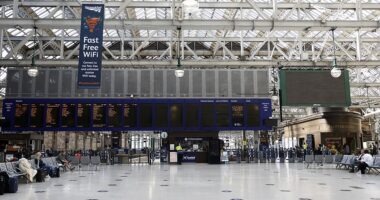 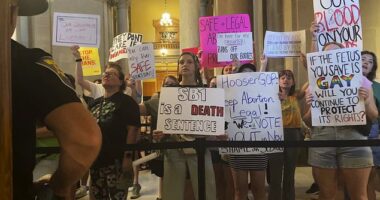