FIRST ON FOX: White House senior adviser Anita Dunn is facing an ethics complaint from a government watchdog group amid her return to the West Wing for the third time during the Biden administration.

Fox News Digital exclusively obtained the ethics complaint filed by the Foundation for Accountability and Civic Trust (FACT), a government ethics watchdog, against Dunn for her “failure to file the required personal financial disclosure” ahead of her return to the White House.

FACT also called on the White House Office of Government Ethics (OGE) to take action regarding her lack of personal financial disclosure.

The Foundation for Accountability and Civic Trust (FACT) filed an ethics complaint against returning White House adviser Anita Dunn for not filing her personal financial disclosure.
(William B. Plowman/NBC/NBC Newswire/NBCUniversal via Getty Images)

“Prior to her government employment, Anita Dunn was a founding member of SKDK, a corporate and political consulting firm, and worked for President Biden’s campaign in 2020,” the complaint reads. “Since January 2021, Dunn has either been employed by the White House, worked for SKDK, or both at the same time.”

“In spite of her senior advisor positions with the White House, Dunn has not filed a public financial disclosure report,” the complaint continues. “The administration claimed that Dunn did not need to file a public report because she was classified as a ‘special government employee’ and her salary was below the threshold of $132,552 requiring public disclosure.”

A White House spokesperson pointed Fox News Digital to reports that Dunn’s more permanent role this time around requires her to sign an ethics pledge as well as submit personal financial disclosures and is under the purview of government ethics rules. The spokesperson did not immediately respond to Fox News Digital’s follow-up question as to when Dunn would submit her disclosure.

FACT wrote that the White House’s claim of Dunn not needing to file personal financial disclosures in her earlier roles “appears to be an intentional attempt to avoid the ethics laws” and the “classification of ‘special government employee’ is someone retained to perform temporary duties of not more than 130 days,” such as someone doing National Guard training.

“The role of ‘senior advisor’ is not a temporary one but rather is a position that is continuous in the administration, demonstrated by the fact that both past and current advisors have filed public financial disclosures, including another senior advisor to President Biden, Mike Donilon,” FACT wrote in the complaint.

“Moreover, Dunn’s first period of employment alone was longer than the 130 days of those classified as a special government employee. Her returning multiple times also shows that this is not a temporary position,” FACT continued. “Additionally, Dunn’s salary was $129,000—just below the threshold requiring public disclosure and significantly lower than the $180,000 salary of other White House officials with the same seniority.”

FACT wrote that disclosures for Dunn’s positions are “sorely needed” and that the White House’s “employment arrangement wherein Dunn is able to maintain her ties with a private company while in a senior advisory role raises serious concerns of conflicts of interest and improper influence.”

“It is overtly clear that Dunn’s position inside the White House is one where public disclosure is needed due to her power to influence government action and policy, but it is also required under the law,” the watchdog organization concluded in their complaint.

“As exemplified here, a government official’s failure to comply with the most basic ethics rules leads to public distrust in our government. Moreover, the following lack of transparency and consequences is especially harmful because it appears that the law does not apply equally to all,” they continued. “We request the Office of Governmental Ethics investigate and take appropriate action.”

Dunn left the Biden administration last year after being able to skirt publicly disclosing her personal finances and business interests, unlike other presidential appointees, due to what appears to be an ethics loophole.

Former President Obama’s ethics chief, Walter Shaub, slammed the decision to bring back Dunn in a statement to Fox News Digital, saying her “third rotation through the White House is an ugly sign of business as usual in Washington.”

“Like many past administrations, this one is all too comfortable inviting influence peddlers through the revolving door, and in Dunn’s case that door is locked in a high-speed spin cycle,” Shaub continued. “The last two times they set her pay below the threshold for public financial disclosure and a host of ethics requirements, despite her outsized influence, showing that they view ethics as merely a set of technical rules to be gamed.”

“Biden may have achieved his goal of being more ethical than Trump, but that’s a low bar and I don’t think ethics is in the top 999 things he cares about,” the former Obama ethics chief added.

Biden has come under fire over ethical dilemmas since taking office in 2021.
(Photo by Kevin Dietsch/Getty Images)

Shaub has been a vocal critic of the Biden administration’s hiring processes and decisions, having previously gone after the White House for hiring Michael Czin — an alumnus of SKDK, a pro-Biden consulting firm co-founded by Dunn.

The former Obama ethics chief also said last year that the Biden administration was sending a “f— you” message to ethics experts by hiring so many relatives of senior White House officials, including Steve Ricchetti, Jake Sullivan and Jen Psaki.

“I’m sorry, I know some folks don’t like hearing any criticism of him. But this royally sucks. I’m disgusted,” Shaub wrote in a Twitter thread reacting to an article about the family ties of Biden officials.

“A lot of us worked hard to tee him up to restore ethics to government and believed the promises,” Shaub added, calling the string of family-related hires “a real ‘f*** you’ to us—and government ethics.”

“EVEN THE F-ING HEAD OF PRESIDENTIAL PERSONNEL, WHO IS SUPPOSED TO BE KEEPING THEM HONEST, HAS A CHILD WHO’S A RECENT COLLEGE GRAD WORKING IN THE ADMINISTRATION. AND THE SPOUSE OF THE WHITE HOUSE CHIEF OF STAFF, FOR CRYING OUT LOUD,” Shaub added.

Federal law requires that highly-involved presidential appointees publicly disclose their finances, but some appointees — known as special government employees — can forgo disclosing their finances if they serve in their role for less than 130 workdays and their salary is $132,500 or below.

Between Inauguration Day on Jan. 20 and Aug. 12, the length of Dunn’s first White House stint, there were 205 calendar days. According to the U.S. Federal Labor Relations Authority, any work “done on any given day means that day is counted as a work day,” including weekends.

If Dunn didn’t work any of those weekends, which appears to be unlikely due to her role as a senior adviser working on infrastructure and other top White House priorities, Dunn would have still worked 142 days. If you take out federal holidays, Dunn would have worked a minimum of 137 days.

Dunn also had a week-long stint in the White House in March while filling in for deputy chief of staff Jen O’Malley Dillon while she was on personal leave.

Houston Keene is a politics reporter for Fox News Digital.  Story tips can be sent to [email protected] and on Twitter: @HoustonKeene 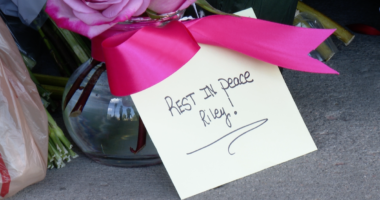 COLORADO SPRINGS, Colo. — In light of arrest documents released after a… 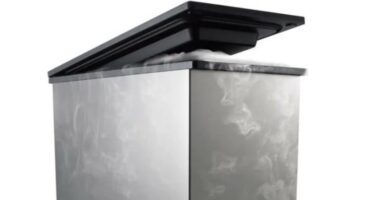 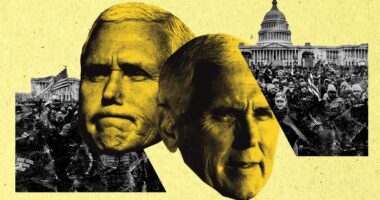 Danger loomed on Jan. 6 for Mike Pence and his family, as… 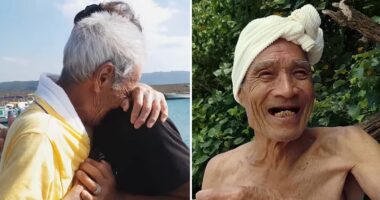 After returning to civilization in 2018, Japan’s “Naked Hermit” went back to…

So much to live for: Puppy Rongoā and a granddaughter on the…