Just 10 weeks after he shocked fans—and his closest collaborators—by announcing he would be stepping down as host of The Daily Show, Trevor Noah made his final goodbyes Thursday night with a jam-packed episode filled with jokes, tears and correspondents past and present.

And he ended his last episode as host by thanking the fans for sticking with him over these past seven years. “I remember when we started the show, we couldn’t get enough people to fill an audience,” he said, telling them he’s never taken the people who show up “for granted.”

“Thank you to the people who watch, the people who share the clips, everyone who’s had an opinion,” Noah continued. “Even if it’s a critique, it doesn’t even have to be praise,” he said, “even the people who hate-watched, we still got the ratings, thank you.”

But the bulk of Noah’s closing monologue consisted of a “special shout-out” to Black women who have shaped him over the years. The host got uncharacteristically emotional when he said, “I always tell people, if you truly want to learn about America, talk to Black women. Because, unlike everybody else, Black women can’t afford to fuck around and find out.”

Black women, in particular, “know what shit is,” he added. That’s why they turn out in such high numbers in American elections, Noah explained, “because they know what happens if things do not go the way they should.”

“I’ll tell you now, do yourself a favor,” Noah told viewers. “If you truly want to know what to do or how to do it, or maybe the best way or the most equitable way, talk to Black women. They’re a lot of the reason why I’m here. So I’m grateful to them and I’m grateful to you. This has been an honor, thank you.”

Looking ahead, the future of the decades-old late-night franchise feels uncertain. Starting mid-January, a bevy of high-profile guest hosts that include everyone from Al Franken to Chelsea Handler to Hasan Minhaj will take the reins on a temporary basis, but Comedy Central has made no indications about who might get tapped as a permanent replacement. Perhaps, even inadvertently, Noah was using his last words to convince them it was time for a Black woman to take over the chair.

When Stewart left the show in 2015, there were similarly big names who got thrown around as possible successors, but the network ultimately decided to take a chance on a relatively unknown stand-up comic from South Africa. Seven years later, Noah is easily one of the most successful comedians on the planet.

And you could say that gamble worked out so well that he has now grown too big for the shoes no one was sure he could fill. 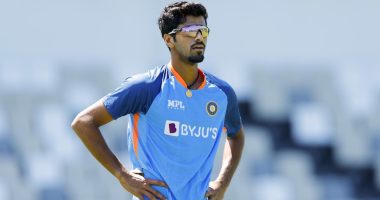 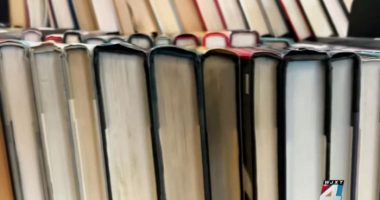 EXCLUSIVE: A Chinese spy balloon crashed into the Pacific off the coast… 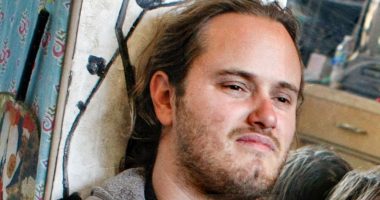