At its core, bread doesn’t seem like it should be that unhealthy. After all, this staple just contains flour, yeast, and water as its main building blocks. But that hasn’t stopped a variety of companies from taking what should be a simple combo of wholesome ingredients and loading it up with sugar, salt, fat, and other add-ins that make the ingredient list look more like a science experiment than traditional bread.

Benzoyl peroxide and calcium peroxide are used to bleach flour, the carcinogen potassium bromate gets used to strengthen the texture of bread, and monoglycerides and diglycerides have replaced traditional fat sources as ways to condition the dough without having to list them as trans fats. Factor all of these extra ingredients in and you have a perfect nutritional storm, especially if you need to follow a particular diet or watch your calorie count.

While many breads still adhere to the basic recipe, some less-than-healthy products have hit the market, and some even masquerade as healthy alternatives. Eat This, Not That! rounded up the worst offenders on shelves nationwide and scoured their ingredients to figure out which items pack in the most empty calories with the least amount of filling fiber.

These products may rank as the worst breads for a healthy diet, but don’t assume every loaf of bread is this bad for you. Next time you hit the supermarket, keep your eyes peeled for The Best Store-Bought Bread Brands if you want to make your sandwich and eat it too.

Classic white bread smacks of childhood nostalgia, but if you need to eat healthy, you should leave this bread in the past, especially if it’s Wonder Bread’s Classic White loaf. Two slices of this brand’s bread packs in 140 calories and 29 grams of carbohydrates, making it particularly perilous if you want to avoid loading up on carbs through the day. With five grams of sugar per serving, this bread ranks as one of the sweeter varieties of white bread out there and only dishes out two grams of fiber making it harder to feel full and easier to overeat.

King’s Hawaiian Sweet Rolls taste great, but the flavor comes at a cost. With two grams of fat and five grams of sugar per serving, these rolls have the potential to chock in some unwanted empty calories into your next meal. Factor in 16 grams of carbs per serving, and you are looking at one of the least desirable breads on the market when you need to eat healthy.

If your bread features cinnamon sugar as its selling point, you can guarantee it will come with its fair share of carbs. Each serving of Martin’s Cinnamon Sugar Swirl chocks in four grams of added sugar, and it won’t even fill you up. With only one gram of fiber, your body will quickly digest this bread almost as fast as you eat it, while spiking your blood sugar in the process. That may also lead to overeating, making this sweet bread one of the worst contenders out there.

Potato bread sounds delicious, but this signature loaf from Martin’s also comes with a scant single gram of fiber per serving, making it less than desirable if you need to feel full. Don’t discount the whopping 105 mg of sodium either. With this much sodium, it has almost as much salt as a serving of potato chips. Factor in another 15 carbs, and you are looking at the bread equivalent of straight-up junk food.

Dave’s Killer Bread may be marketed as a health-conscious bread option, but not every product from the brand lives up to that image. Their Raisin’ The Roof bread ranks as one of the worst loaves out there thanks to its over-the-top six grams of sugar and 17 carbs per serving, which promises to derail any kind of healthy diet. With only two grams of fiber in each slice, this product definitely doesn’t stand a chance of filling you up. At that point you might as well eat cake.

Vermont Bread Company’s take on Wheat Cinnamon Raisin bread takes unwholesome bread slices to the next level. Each serving not only comes loaded with a whopping 125 mg of salt and another six grams of sugar, but also features just two grams of fiber. This combo of salt and sugar ends up winning over customers for taste, but the cost is a whole bunch of empty calories.

White bread never ranks as particularly healthy, but Bimbo’s Soft White Bread takes poor nutrition in white bread to new levels with each serving clocking in with 26 grams of carbs and 250 mg of sodium. For reference, two servings of this bread contains as many carbs as a donut. Since each serving also contains less than a gram of fiber, making your sandwich with donuts wouldn’t even be much worse.

Raisin swirl bread makes a splash with consumers thanks to its sugary taste, but don’t expect to see many benefits if one of these loaves finds its way into your shopping cart. Pepperidge Farm’s Raisin Swirl Bread tops the unhealthy charts, with each serving containing nine grams of sugar and 20 grams of carbs. A lollipop contains 10-12 grams of sugar per serving, making this Pepperidge Farm product a particularly sweet offering. And with only one gram of fiber, you are looking at bread that resembles candy more than a baked good.

Pepperidge Farm doesn’t hold back when it comes to loading up their white bread with carbs while cutting down on fiber. Their Hearty White Bread contains 26 grams of carbs and one solitary gram of fiber, ensuring that it won’t help you feel full—not to mention destabilizing your blood sugar, and leading you to crave more soon after eating it. With this many empty calories in each serving, this white bread won’t do you any favors.6254a4d1642c605c54bf1cab17d50f1e

Texas toast isn’t exactly known for its health benefits, but Sara Lee’s take on the product features a whopping 190 mg of sodium and less than a single gram of fiber, meaning that when you enjoy this product, you are only absorbing poor nutrition. If you consume this one often, you might need to consider dietary fiber supplements to make up for how little fiber you’re getting.

Butterbread sounds nutritionally ominous enough as it is, but this particular take on the less-than-wholesome style bread from Nature’s Own ranks as one of the worst commercial loaves out there. It may only have 12 grams of carbs, but completely lacks any fiber per serving. Chances are you’ll keep reaching for slice after slice since the empty calories won’t fill you up. 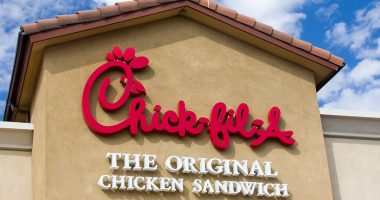 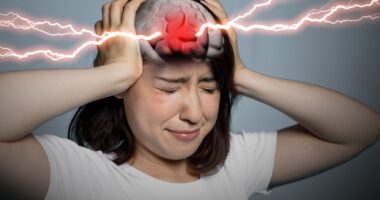 Stroke is the fifth-leading cause of death in the U.S.—according to the… 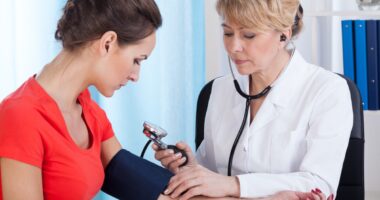 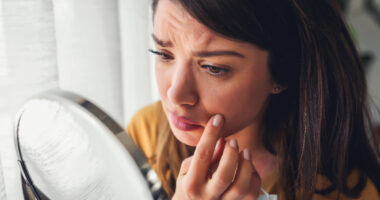 Skin cancer is the most common type of cancer, but it’s also…