She departed the soap last year when character Sinead Tinker was killed off.

And Coronation Street star Katie McGlynn has commenced filming on her first role since leaving the soap, as she got into character for BBC‘s The Syndicate on Tuesday.

The actress, 27, was wrapped up in a thick fur coat despite the warm weather as she filmed scenes alongside Emmerdale’s Emily Head and Katherine Rose Morley at a dog kennel in Yorkshire. 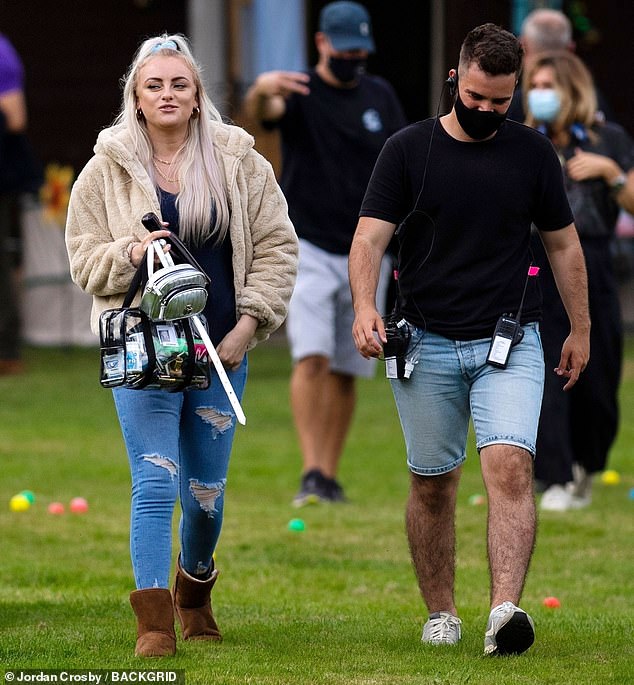 Back to work: Coronation Street star Katie McGlynn, 27, has commenced filming on her first role since leaving the soap, as she got into character for BBC’s The Syndicate on Tuesday

Katie sported a laid-back ensemble as she filmed the outdoor scenes, including ripped jeans and a thick fur jacket, with her light blonde tresses pulled into a high ponytail.

She was joined by some of the show’s mask-clad crew as she headed onto set to film the scenes, which included hurling a frisbee.

Katie’s heartbreaking final scenes on Corrie aired in October, with fans left in tears as Sinead lost her battle with cervical cancer, passing away and leaving husband Daniel devastated. 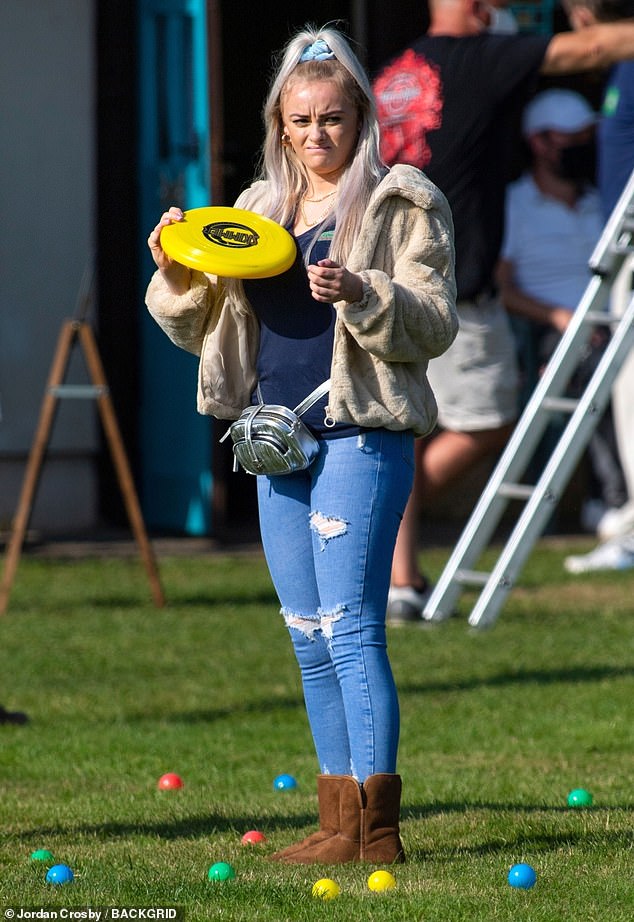 Casual: The actress was wrapped up in a thick fur coat despite the warm weather as she filmed scenes at a dog kennel in Yorkshire

The Syndicate is an anthology series which tells the tale of a different group of friends each series, who through a betting syndicate end up winning the lottery.

The first series in 2012 took place at a Leeds supermarket, while later series centred around a hospital in Bradford and a stately home in Scarborough, with each series also featuring an ensemble of new actors.

Filming for the show was delayed due to the COVID-19 crisis, but finally began earlier this week. 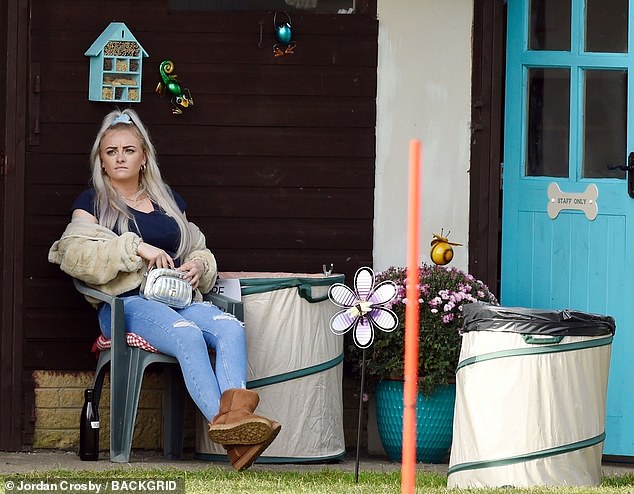 Exciting: Katie is set to join a star-studded cast for the new series of the show, which documents different groups of friends who win the lottery through a betting syndicate

Of the fourth series, writer Kay Mellor told The Sun: ‘This series is a brand-new story about a syndicate of low paid kennel workers who think they’ve won the lottery but have been robbed of their ticket.

‘The chase to confront the culprit takes us to the wealthy French Riviera where the young syndicate find themselves well out of their depth.’

The series is also thought to be starring Emmerdale’s Gaynor Faye, who happens to be writer Kay’s daughter. 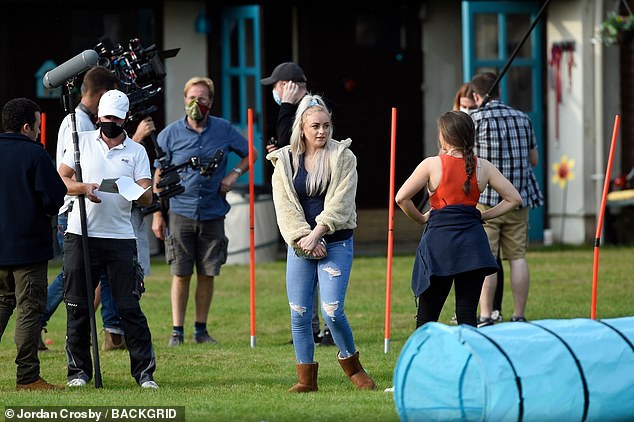 Departure: Her last scenes on Corrie aired in October, when her character Sinead Tinker was killed off after losing her battle with cervical cancer