Former NBA star, Enes Kanter Freedom, was one of the many attendees at this week’s International Religious Freedom Summit in Washington D.C. He told Fox News Digital he was attending to learn how to better help fight religious persecution.

Politicians from both sides of aisle, religious leaders and freedom advocates gathered to discuss some of the most egregious acts of religious persecution happening in the world today.

Kanter Freedom, a professional basketball player and devout Muslim, was born in Switzerland to Turkish parents. He has used his influence to highlight the injustices of dictators in defense of fundamental human rights.

The former Boston Celtics player legally changed his last name to ‘Freedom’ upon becoming a U.S. citizen last year, and has caught the attention of many with his creative sneakers highlighting religious and political persecution around the globe. His sneakers have included logos for ‘Free Tibet,’ ‘Free Uyghur,’ and in a reference to this year’s Winter Olympic Games: ‘No Beijing 2022.’

In a statement last month, the State Department said it is a priority to address forced labor and other human rights abuses in the People’s Republic of China (PRC) and around the world.

A Uyghur woman walks past a mosque in the city of Kuqa in western China’s Xinjiang province.  In China’s restive western province of Xinjiang, young men of the Uighur ethnic minority are not allowed to have beards. Also proscribed are certain types of women’s headscarves, veils and “jilbabs,” loose, full-length garments worn in public. (AP Photo/Ng Han Guan)
(The Associated Press)

“We have taken concrete measures to promote accountability in Xinjiang, including visa restrictions, financial sanctions under Global Magnitsky, export controls, Withhold Release Orders and import restrictions, as well as the release of a multi-agency business advisory on Xinjiang to help U.S. companies avoid commerce that facilitates or benefits from human rights abuses, including forced labor,” said the statement.

Kanter Freedom told Fox News Digital, that he was attending the summit to, “get educated.”

“The most important thing that I want to see, they just come here because I know a few people, know stories of their struggles, and obviously the platform that is (given to) me is by God (and) it has an enormous reach all around the world. So I’m like trying to do whatever I can to just get people’s stories, so I can share with the whole world,” he said.

One such survivor of religious persecution is Bob Fu, a house church leader in China where he and his wife were imprisoned for two months, accused of engaging in illegal religious activities as church pastors in Beijing. They both fled to the United States as religious refugees in 1997.

Fu is now a leading voice for persecuted faith communities in China and started ChinaAid, a nonprofit organization whose mission is to bring international attention to China’s gross human rights violations and to promote religious freedom and the rule of law in China.

Chinese authorities demolished a church in Sunzhuang in 2020.
(Courtesy of ChinaAid)

Fu added he is driven by his faith in God and sharing his organization was motivated “by part of the scripture where Jesus said, if I’m hungry, give me, you know, a piece of bread, if thirsty a cup of water” adding his cries were answered when accepted by the United States.

He concluded by noting that he is on a faith mission to “expose the abuses of the persecution, by equipping the leaders.”

A ‘Freedom Shoes’ exhibit is on display at the IRF Summit with basketball kicks designed by artists who are victims of religious persecution from around the world.

Kanter Freedom said when he was a kid, he was always fascinated with the styles of sneakers worn by players; checking out the brand, color, comfort, and design.

“I wanted to create the shoes I wanted to work with. [There are] artists [from] around the world who [have] been oppressed by their government because they know [what] the situation[s] there are. They put all their feelings and emotions in the shoes. And I was going out there putting the shoes on my feet and going out. They don’t play basketball. And it became a huge trend,” he said.

Fans took note of his shoe game and became curious with which shoes and topic he would highlight next. He said he plans on producing sneakers to give the profits to communities in order to further his impact.

The basketball star told Fox News Digital that he hopes to educate younger generations, so they can have a brighter future. He encourages other athletes to use their platforms through social media to stand up for what is right.

“I think it is important to talk about the right things and not be scared of (and) not worry about your endorsement deals or maybe your next paycheck or your contract.” 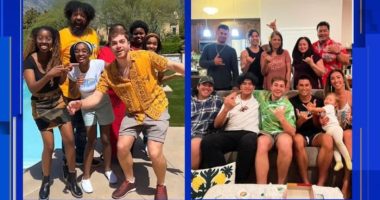 Raphael’s death in 1520 has been misunderstood for centuries. Raphael’s career was… 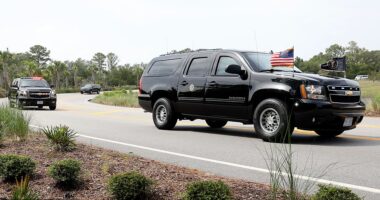 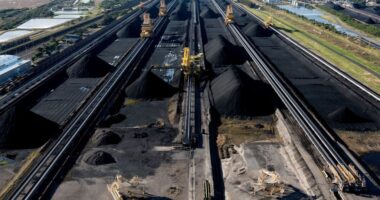 Kobe Bryant and Gianna Bryant were photographed on July 26, 2018 in…
Share on Social Media
twitterfacebookpinterestlinkedintumblrredditwhatsapptelegram