The former world No.1 tennis player has spoken openly about her eating disorder in the past as well as her type 2 diabetes diagnosis, which runs in her family. Now 78 years old, King is known for not only her tennis career but her advocacy of gender equality and social justice. Combining her two passions, King won the “Battle of the Sexes” tennis match against the 55-year-old Bobby Riggs back in 1973 which motivated her to create the Women’s Tennis Association. Long after her professional tennis career had ended, King was diagnosed with type 2 diabetes, a diagnosis that surprisingly did not shock her.

Having had a family history of the condition, King also suffered from a binge eating disorder a decade before her diagnosis, both factors which could have contributed to her development of the disease.

“It’s a wake-up call but I also knew from some of the people around me that you can live a great life,” King said not too long after her diagnosis back in 2017.

“You don’t have to let it defeat you. You can defeat it.”

The star then went on to discuss her eating disorder, which she also wrote extensively about in her 2021 autobiography All In.

The star wrote: “It took me forever to be comfortable in my own skin. I think I was 51 when I went through the eating disorder.

“I have an eating disorder; I was a binge eater. I don’t binge eat anymore, but for about 10 years, I was being very cruel to my poor little pancreas. Then I also had diabetes in my family.

“For about 10 years, I was being very cruel to my poor little pancreas.”

The NHS explains that binge eating disorder involves regularly eating a lot of food over a short period of time until an individual is uncomfortably full. These so-called binges are often planned in advance, usually done alone, and may include “special” binge foods.

“I’m worried about that it can do if I don’t take care of myself. I know it’s the leading cause of blindness and I know there are other complications.”

Research indicates that binge eating may be the most commonly experienced eating disorder in people with type 2 diabetes.

In fact, a study carried out in Esse, Germany back in 2000 reviewed over 300 patients with type 2 diabetes and found the prevalence of eating disorders to be between 6.5 and nine percent, with binge eating the most commonly observed eating disorder.

Diabetes.co.uk, which provides support for all diabetes patients, notes that swings between high and low blood glucose, and having additional negative associations with food go so far as to explain why individuals may have additional difficulty in coping with binge eating.

Another possible reason is that in type 2 diabetes, the body doesn’t respond as well as it should to insulin, so it takes longer for the body to produce sufficient insulin to cope with the rise in blood sugar. This delay means that individuals can find themselves hungry soon after eating snacks or meals.

This is particularly true for meals and snacks that contain fast-acting carbohydrate content such as sugary foods, potato based foods and refined carbohydrates like white bread, pasta and rice. When eaten quickly, our blood glucose levels will initially rise rapidly and should trigger our pancreas to release insulin.

However, when blood sugar levels rise to high levels and there is not sufficient insulin in our blood to cope, it can often cause individuals to feel both tired and hungry and can therefore make us crave more food which can lead to vicious circle forming.

For this reason it is critical that individuals with or without diabetes seek help for an eating disorder. Treatments for binge eating can depend on the cause. If binge eating is linked with psychological factors, psychotherapy or cognitive behavioural therapy for binge eating disorder (CBT-BED) can help to address and reduce the need to binge eat. In addition, antidepressants called SSRIs (selective serotonin reuptake inhibitors) may also be prescribed which help to reduce appetite and boost your mood. 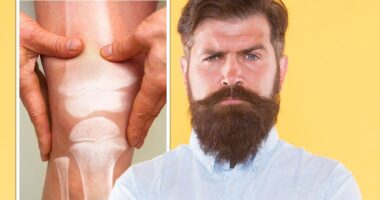 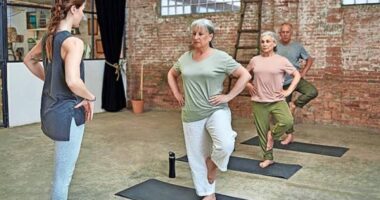 The balance test should be part of mid-life health check-ups, say researchers… 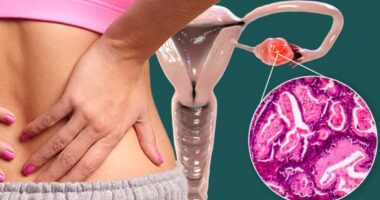 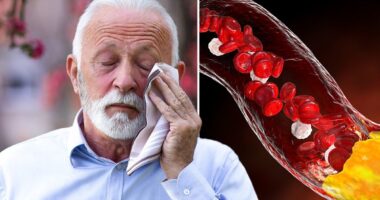