Department of Corrections chief executive Jeremy Lightfoot’s organisation has been ordered to pay a former prison officer more than $70,000 by the ERA after they were unjustifiably fired. Photo / Mark Coote

The Department of Corrections has been ordered to pay a former prison guard more than $70,000 after the government agency failed to take their safety concerns seriously, and then fired them.

Then less than two months later on June 30, the ERA awarded a further $19,078.02 in costs after the two parties failed to reach a mutual agreement on an amount between themselves.

The employee worked for the department for a significant time before they were sacked in early 2020 for serious misconduct.

Before being fired the officer had been suspended on full pay for 19 months, from May 2018 to December 2019, while an investigation was carried out.

ERA member Marija Urlich suppressed the guard’s name and other information about their personal private life, family and health conditions saying it was of a sensitive nature.

Between 2016 and 2019 the guard made a series of serious complaints about workload stress, a lack of resources, safety issues and requests for support and supplies being ignored or responded to, too late.

Complaints about work place bullying, serious incidents between prisoners, the availability of staff to escort prisoners, unsuitable safety and technology equipment were also made but were not resolved.

The staff member also had their shifts changed with little notice and meetings were conducted without them having a proper support person present.

Evidence was heard from the claimant and 13 Corrections staff during the investigation including the deputy prison director, Brian Singh, and prison director Christopher Lightbown, at a facility where she worked, Corrections deputy regional commissioner Maree Chetwin and the department’s central region commissioner Terry Buffery.

The guard transfered to another prison in 2014, for family reasons, where they were left feeling vulnerable and unsupported.

No records of incidents were kept in the first few years at the new facility but evidence produced to the ERA showed by October 2016 senior management were aware of resourcing issues having a negative effect on operations.

Active management of the situation didn’t take place, rather it was reactive to the problems raised by the guard, who had worked hard to improve the operation which resulted in the focus shifting to their conduct and communication style instead of the issues.

In November 2017 the officer’s lawyer raised a number of personal grievances involving inadequate investigations, inquiries being closed off too soon and the guard being removed from their position without notice or warning.

Lightbown dismissed the claims as having no valid grounds and maintained the guard had not been disadvantaged and Corrections acted fairly, reasonably and in good faith.

The guard did acknowledge in March 2018 they acted badly by accessing prisoner records and sending them to their home email and lawyer.

Another two personal grievances were also made, one was withdrawn and the other related to a serious event onsite that had not been properly investigated by the unit manager and Lightbown.

Lightbown again responded assuring them Corrections was taking the matter seriously and a review was under way.

He also reminded the officer of the appropriate channels to raise concerns, reiterated they were being treated fairly, reasonably and in good faith but again advised Corrections didn’t believe they had grounds for a personal grievance.

In April the guard contacted Corrections security manager Donald Tukula and Lightbown with concerns that evidence in a prosecution was contaminated and the charges should be withdrawn.

The guard, who acknowleged their actions were wrong, didn’t believe the details would be taken seriously so knowing a visiting Justice would be at the prison printed off copies which in their view showed the evidence had been contaminated and handed the documents to the judge when they arrived.

Their actions were quickly discovered and they were immediately suspended while a serious misconduct investigation was carried out.

Urlich found Corrections failed to take the bullying complaint seriously as it was contractually obliged.

“The matters of concern raised by … were well known to Corrections because they had repeatedly raised concerns about their co-worker’s conduct and its negative impact on them in the preceding months.

“To fail to step back from the detail of the immediate complaint and seek to see it in the context of … ongoing concerns was a serious flaw.”

She also noted the contrast with how complaints against the guard and by the guard were handled.

Failing to deal with the guard’s complaint in accordance with policy satisfied Urlich it damaged their confidence their employer would treat them fairly and reasonably.

She ruled Lightbown was aware of and to a degree involved in the escalating employment circumstances during 2017 and early 2018, which were not managed fairly by Corrections or in compliance with the terms of the employment agreement.

Combined with a deficient investigation Lightbown’s involvement as the decision-maker had left Corrections vulnerable to the claim that he was too “… involved in the events or conduct in question”.

The guard was initially awarded $30,000 for compensation for the humiliation, loss of dignity and injury to feelings suffered consequent to the established personal grievances but the ERA reduced it by 20 per cent to take into account how their actions had contributed to the situation.

The Department of Corrections declined to comment on the ERA’s determination as it was challenging the ruling. 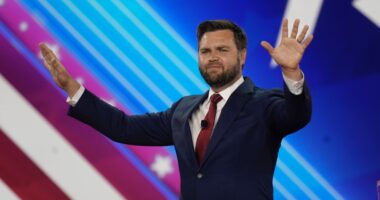 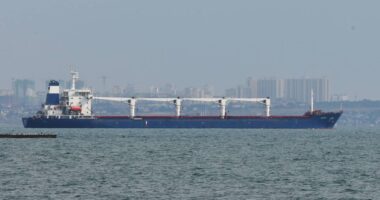 The bulk carrier Razoni starts its way from the port in Odesa,… 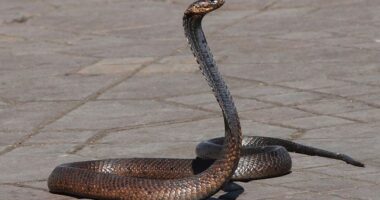 Arvind Mishra (38) died of snakebite on Tuesday. (Representational) Balrampur, UP: A… 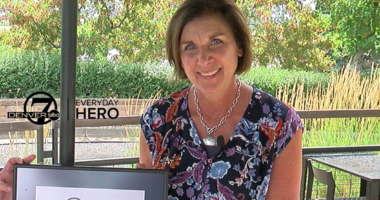 LOVELAND, Colo. – Kayleen Fraley spends a lot of time in her…